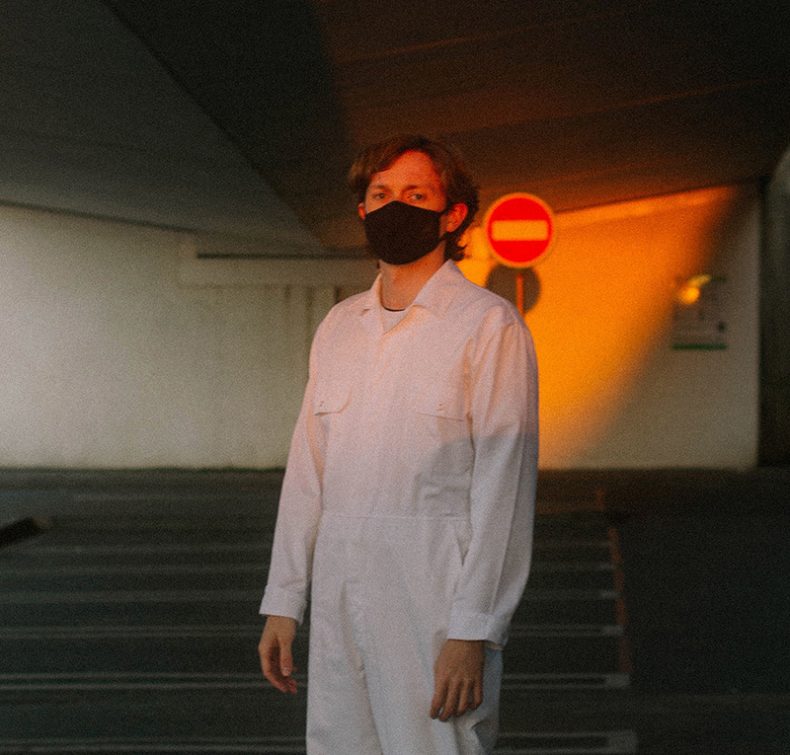 COLLECT CALL – “NO AMOUNT OF MEDICINE”

There are certain things that come to mind when the town of Brighton, England is mentioned – summer fun, the seashore, pebble beaches, arcades, resort-fueled excitement and its famous ‘healing water’ (according to adverts from centuries gone by). But of course, there is always more.

Today we present you music that flows well, so to speak, with much of these liquidous free-spirited associations, brought to use by an electronic dreampop project known as Brighton-based Collect Call. This song in particular calls to mind Mercury Rev, only with a bent oddly reminiscent of the best of Godley and Cream, which would obviously have well pre-dated the existence of this project and possibly even the birth of its author.

A few things of note with this track. First, the refrain is infectious, and the use of instrumentation is perfectly balanced with atmospheric elements and sound effects popping in an out in a most effectively manner. With each repeated listen reveals something new missed upon the previous listen, as if this song is growing the more it is heard. Also, the radio or TV background sound that kicks in at 1:45 is pretty cool. All in all, ‘No Amount of Medicine’ makes for a fascinating and satisfying listen, but you’ll likely not want to settle for hearing it just once. This is among the best tracks introduced thus far in 2022.

“No Amount of Medicine” is a truly delectable offering from The Golden Hour EP, packaged in a delightful and fluid video. Directed by Collect Call, this clip features a Visualiser by Théo Chennierre with 3D animation and modelling by Dave Packer.

Collect Call is the solo project of Brighton-based multi-instrumentalist and producer Joseph Thorpe. Creating electronic dream pop that ranges from soft and sensitive to loud and bombastic, his delicate textural synthesizers, energetic drums and rhythm interlace with a balanced sense of space and sincere introspective lyrics.

The Golden Hour is a romantic, nostalgic journey through sound that is about embodying the dying embers of the day and not giving up the ghost when all might seem lost. Thorpe’s unique brand of indie pop is a beacon for like-minded people, standing its ground with whimsical, lo-fi electronic beats and sincere vocals.

Recorded across a mixture of cupboards, attics and studios, Thorpe meticulously sculpted this EP at Brighton Electric Studios with the help of collaborator Kianna Blue (The Academy of Sun). TAOS bandmate Ash Babb also contributed the cover artwork for this EP.

On The Golden Hour, Thorpe has created a space for candid self-expression, having done so with nuanced vulnerability. Taking inspiration from the likes of Sufjan Stevens and Air, this new 4-track offering is as experimental as it is emotive.

“The recording of this EP came at a point where I was feeling very lost as a musician and writer. I had been sitting on a large collection of songs and wanted to try every conceivable avenue I could musically that didn’t really have any sense of cohesion; I became depressed and questioned what direction I was going in, as well as the other two members of the group at the time departing the project for personal reasons,” says Joseph Thorpe.

“When the world plummeted into lockdowns, I began tinkering with an idea that would later become ‘Pretense’. I had been listening to Sufjan Stevens and Kings of Convenience at the time and felt that finishing the song helped me break out of my fugue state and I could get back into making music that I enjoyed. I then went back and whittled what originally was a 7-track EP to just 4, incorporating two old songs that I reworked and two new ideas that were all but completely recorded in one day at Brighton Electric Studios. The Golden Hour for me is a cathartic reminder of staying true to yourself, chasing the light as it fades over the hill and that sometimes less can indeed be more.”

Collect Call debuted on the music scene with the single ”Rain: Stop” in June 2020, following up with ”Pretense” in October of that year. Utilising his expansive, eclectic musical knowledge and experience, Thorpe creates cathartic soundscapes involving lucid pianos and enchanting vocals that are the perfect companion in times of loneliness.

The Golden Hour is out now, available digitally across online stores and streaming platforms, including Apple Music, Spotify and Bandcamp.

Also enjoy the full Collect Call EP ‘The Golden Hour’ and latest two videos for “Chase The Light” and “Simple”: