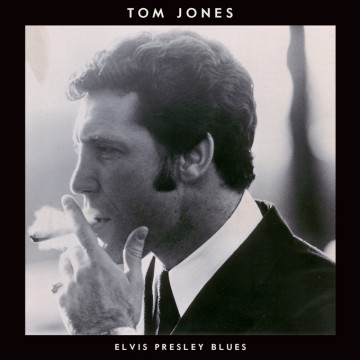 At 75 years of age, Tom Jones – the man, the legend, the voice – is in fabulous shape. In the latest upturn in his fabled career, Sir Tom has been more acclaimed than ever before, thanks to a series of rootsy albums he’s recorded in collaboration with producer and multi-instrumentalist Ethan Johns. Their third effort, Long Lost Suitcase, may just be their best, explicitly keying into Jones’ own long and eventful life, and drawing from him performances of consummate maturity, but also pulsating vitality.

Released as a companion soundtrack to coincide with the publication of ‘Over The Top And Back: The Autobiography’, Long Lost Suitcase finds Tom letting rip on the kind of R&B and early rock & roll classics, which originally fired his passion to sing, some sixty years ago. If anyone has the right, the authority and indeed the equipment to tackle such material in 2015, it is surely the irrepressible Sir Tom Jones.

by Aaron Badgley on August 10, 2018
Elvis Presley Where No One Stands Alone RCA/Sony Music Elvis always seemed at home singing gospel, and there are many interviews with Elvis where he references growing up [...]