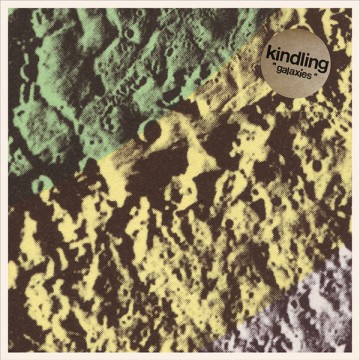 On this 4-track EP, Massachusetts-based Kindling fuse the hammerhead qualities of traditional punk with the reverb-drenched ethereal quality of 90s shoe-gaze.

Opening track “Blinding Wave” is undoubtedly the EP’s standout, and evokes the swarm-of-bees guitar fuzz from My Bloody Valentine’s “When You Sleep”. After that, the two-minute “While Away” surfs by with apprehensive vocals and noticeably busier drumming. Five minute “Painkiller” then slows the pace to a rumble and toys with tension, offering a sympathetic refrain of “If the world comes crashing down” that bursts from the frothy noise with eye-opening clarity. Finally, the album slides into the half-baked and absurdly short “Coastal” which lets the high-register vocals twinkle above the guitars with Sunny Day In Glasgow-esque pomp.

Kindling’s strength is that the heaviness of punk nicely juxtaposes the featherweight after-effects of shoe-gaze. This fuzz-punk, buzz-pop, punk-gaze, or whatever you want to call it has intrinsic appeal. The problem is that in marrying the two genres Kindling have sacrificed both the momentous paroxysms of classic punk rock and the comatose bliss of early shoegaze, which simply can’t coexist in tracks this short. That’s not to say that this land in-between is barren – it’s just undiscovered. The result, however, of this particular foray is an EP that ebbs but, try as it might, never flows.

Kindling have hiked to the edge of the My Bloody Valentine shadow that discoloured 2014’s Spike and Wave, which is no minor accomplishment, but unbridled linearity and operose delivery prevent Galaxies from living up to its cosmic title. What Galaxies does, instead, is offer just enough gloriously loud shoegaze to whet an album-sized appetite.