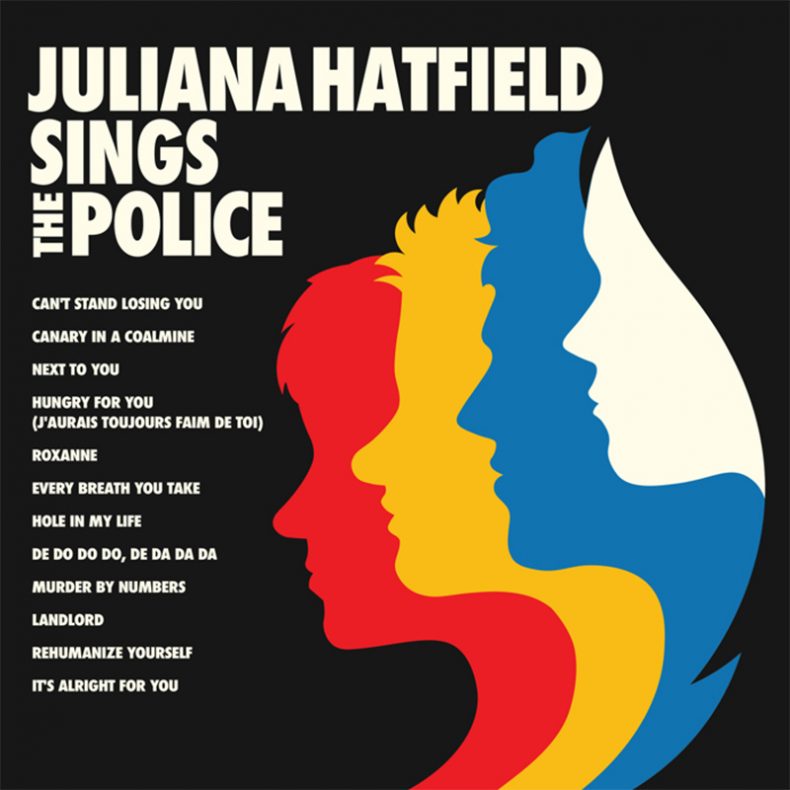 In the Police, each player’s style was so distinctive, accomplished and unique that I didn’t even attempt to match any of it; for anyone to try and play drums like Stewart Copeland would be a thankless, pointless task that is bound to fail. Instead, I simplified and deconstructed, playing a lot of the drums myself, in my rudimentary, caveman style. Chris Anzalone (Roomful Of Blues) played the rest of the drums. Ed Valauskas (the Gravel Pit) and I each played about half of the bass parts, while I did all the guitars and keyboards.

I listened to a lot of the Police when I was preparing and making this album, and their recordings are as refreshing and exciting as ever. I hope that my interpretations of these songs can inspire people to keep loving the Police like I did, and still do.” ~Juliana Hatfield

The full album is due November 15th.