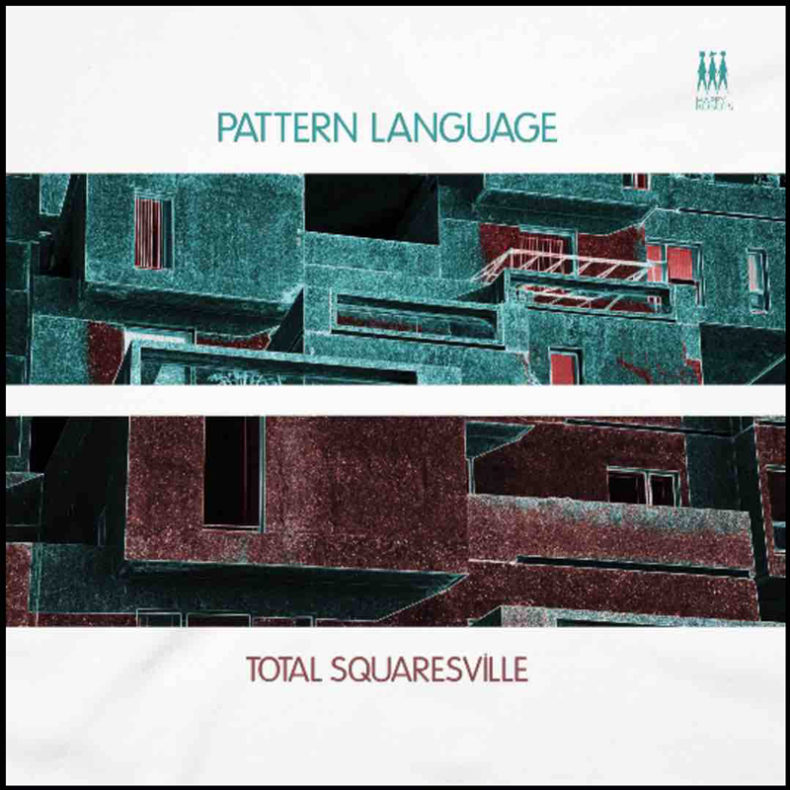 Ahead of the release of the debut mini-album Total Squaresville from Pattern Language this Friday and following up on the first single “By Time We Get There”, we are pleased to present you the premiere of “Le Chocs des Etoiles”. Of the six tracks included on this release, this is our fave track of the bunch.

London’s Happy Robots Records, known for their love of retro synthpop and retro futurism, will be releasing this mini-album. The solo project of synth-electronic crafter Chris Frain. Currently based in Boulder, Colorado, Frain was previously with the indie-pop band The Giranimals and power-prog rock trio Tanuki. Then he re-immersed himself in the worth of synthesizers and drum machines.

There are very few artists who can pull off a motorik track as sleek as this single. ‘Le Choc Des Etoiles’ tactfully eludes kosmiche warmth in a modern soundscape. Everything is perfectly in place here and every bit as sweet of the imaginary sound of a love-in between AIR and Stereolab. Of course, both bands number among his key influences, along with Kraftwerk,  Thomas Dolby, Ghostbox Records, Tycho, Pantha du Prince, Solvent, and Cybotron/Model 500.

“Each one of the pieces on this album were started from some very basic idea about sound or structure or primary influence, and yet I was surpirsed by all the twists and turns they took through the stages of composition, recording, and mixing,” says Chris Frain. “It’s still fun to listen to each piece and how they took on a life of its own to become something new and unexpected, even to me.”

Frain embarked on this solo path with electronic music in 2013, inspired by the Moog, everything synth and particularly the BBC4 documentary “Synth Britannia”. He recently contributed a remix on the most recent EP from fellow Happy Robots artist Rodney Cromwell, described by Louder Than War as “replete with keyboard accompaniments that could easily be by John Carpenter…one of the stand out tracks of the EP.”

Total Squaresville is now available via the label’s Bandcamp HERE, as well as on regular streaming platforms. Distributed by Cargo Records, this is the ninth release on Happy Robots Records and is mastered for analogue warmth on digital devices.