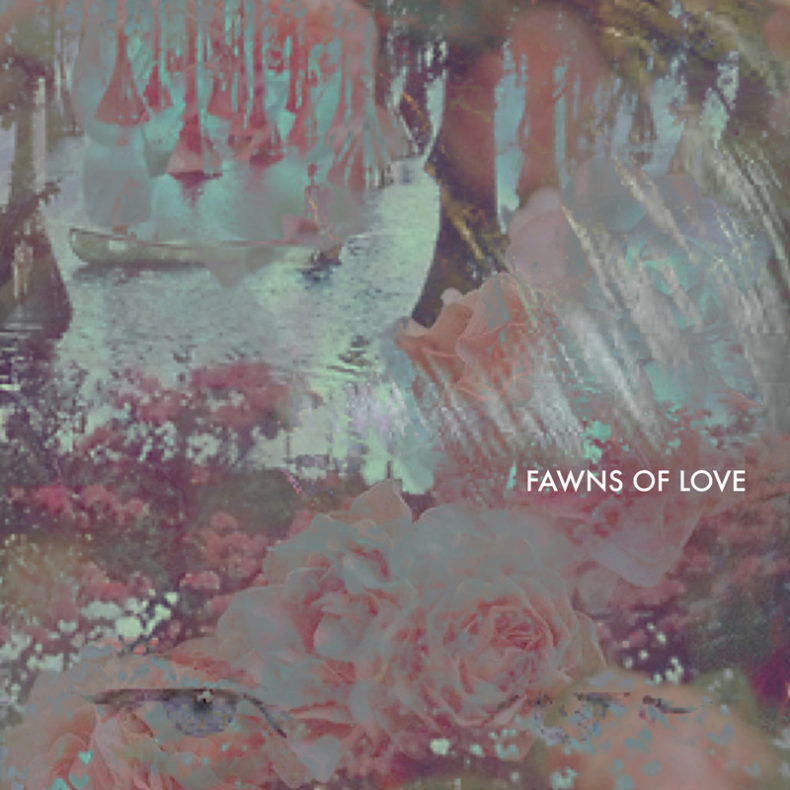 Married Bakersfield, California-based dreampop duo Fawns of Love returns hot on the heels of early 2017’s debut album Who Cares About Tomorrow with a new double-A side 7-inch “Falling / Standing,” to be released in that most physical of forms on July 7th, 2017.

FLOOD called Joseph and Jenny Andreotti’s debut “perfectly woozy,” evoking “the soft gauze of Cocteau Twins and Slowdive.” MAGNET said it “drifts along dreamily,” and The Big Takeover noted the “obsessive joy in Fawns of Love’s take on shoegaze.”

As the debut Fawns of Love album was released, and students headed to the beach for spring break, their teachers headed to the recording studio. At least that’s what the Andreottis did.

“We recorded ‘Falling’ and ‘Standing’ in our apartment during our spring break from teaching,” Joseph explains. “We used a vintage reel-to-reel, Korg MS-20 synthesizer, Korg SQ-1, and Electro-Harmonix analog guitar pedals alongside Logic. A Warren Ellis signature Eastwood Tenor Guitar was used as was a Fender Jaguar bass guitar.”

“I have daydreamed since I was a small girl and even my daydreams have become so realistic that even the people in my fantasies insult me,” Jenny explains about “Standing”. “So I go back and forth. When I get frustrated with real people I go into my fantasies and when my fantasies become too real I go back to reality. When you are attending funerals in your alternate reality perhaps it is time to imagine a new scenario.”

Look out for the “Falling / Standing” 7-inch by Fawns of Love on July 7th. The duo’s debut album Who Cares About Tomorrow is out now.