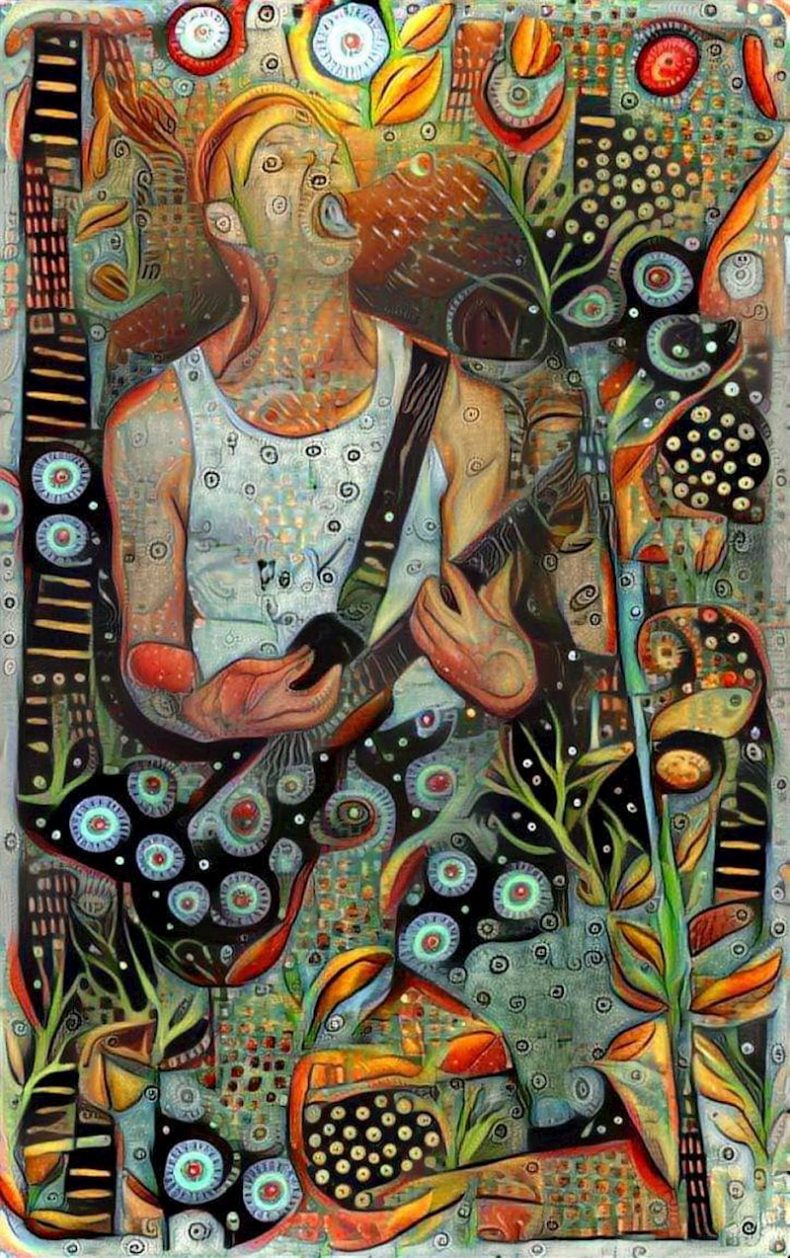 This album is dedicated to the people that helped us make it. Scott Bennet and Scott Henderson, for essentially talking me into making it, then offering their studio (the lap of luxury) so we could do the pre-production work while in the middle of Covid-19 induced lock-downs. Then Rob Lawless, and Terry Paholek, for allowing us to invade their studio (The Physics Lab) in Edmonton, Alberta, and for the brilliant work the did making it sound so good. Next is Matt Jak and Sherry Benson, and family, for inviting us into their home and putting us up in Edmonton. And finally Tyson Cale Boyd and the people at The Starlight for putting on the show that paid our travel expenses. Well why the fuck stop there, The Edmonton Jak’s always for rocking out with us, and all of you for supporting through the years. Cheers to all of you.

This lovely little song is about the rise of groupthink and the seeming inability or unwillingness of people to think for themselves. People have traditionally formed into groups to give them a bigger voice so they can bring about social change and this has been the reason for many advancements and improvements in the modern world. What seems to have happened though is the powers that desire to keep us submissive have quietly taken over the channels through which new ideas and concepts have spread through society. The entertainment industry and the media industry are now dominated by corporate propaganda that bombards our senses from every angle until it becomes our reality. Social movements started with the best of intentions are quickly railroaded and re-directed to vent all their frustration on the wrong targets or even each other. The media fans these flames encouraging conflict and suppressing alternative views of any kind, and keeps us all distracted, fighting amongst ourselves over irrelevant issues, while the multi death corporations happily go about their work of mindless unthinking unregulated growth and accumulation of power. If we don’t wake up to this and stop supporting them, they will in their uncaring mindlessness eventually consume everything including us. This song is an ode to their followers, the brain washed entitled consumer who would go to war over which pronoun they are referred to by with no concern for the concepts of equal opportunity and treatment for everyone regardless of race, gender, religion, sexual orientation, or any other label that can be used to divide us into smaller groups. We are all one. Let’s start behaving that way.

by Michelle Cooney on April 27, 2021
Murray Acton Covid-19 Nervous Breakdown Independent On the subject of COVID-19, Murray “The Cretin” Acton has a lot to say on his debut solo album. For a guy who has been [...]

by Lucy Sky on October 11, 2016
POLITICALLY RE-CHARGED AN INTERVIEW WITH JOEY “SHITHEAD” KEITHLEY OF D.O.A. SPILL MAGAZINE: You’ve been friends with Dayglo since 1979 and from what I can see, this is the first tour you’ve done [...]