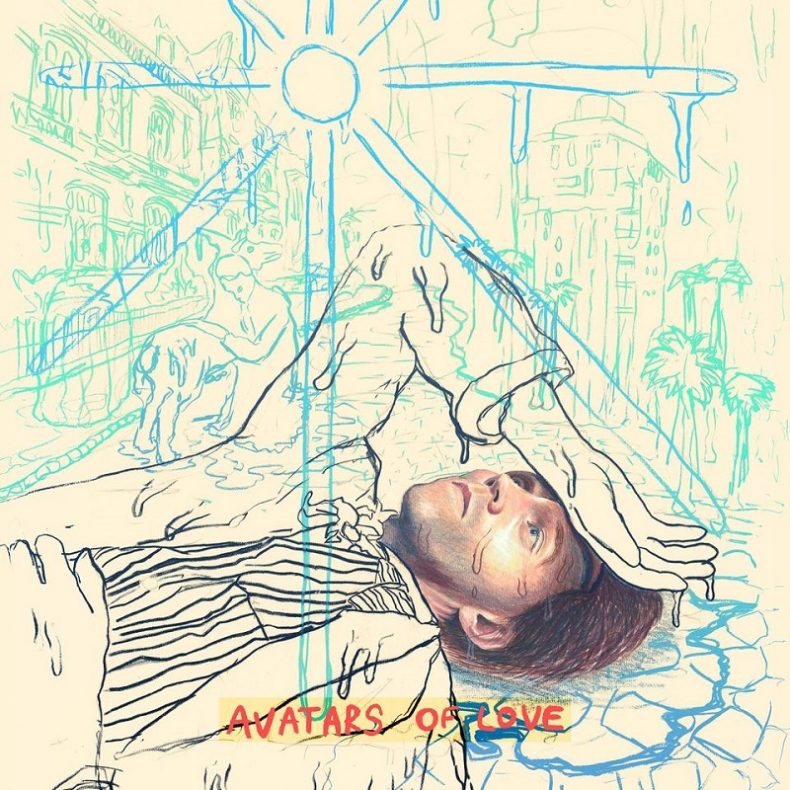 Sondre Lerche has announced his sprawling new double album Avatars of Love will be released on April 1, 2022 via PLZ / InGrooves. With the announcement, Lerche released two new songs “Turns Out I’m Sentimental After All” and “Cut,” along with its official music video directed by Jon Danovic. The songs follow the recent release of “Dead Of The Night” which appears on the forthcoming album. His most ambitious work to date, the album’s 14 tracks clock in at over 90 minutes and feature performances by CHAI, Felicia Douglass (Dirty Projectors), Mary Lattimore, Rodrigo Alarcon, Ana Müller and a special guest to be announced at a later date. Avatars of Love is now available for pre-order on special edition double vinyl and double CD with a 20 page booklet.

“I originally wrote ‘Cut’ imagining a love affair between actors on a film set, where the lines are constantly blurred between what is real, what’s performative. I saw it as a film noir, but during the recording it no longer felt black and white, it felt colorful and erotic and it reminded me of some of Brian DePalma’s 80s neo-noir films that I love. The music video also captures some of this,” explains Lerche. “‘Turns Out I’m Sentimental After All’ was the last song I wrote before leaving LA right as the pandemic started. I like the contrast between it and ‘Cut,’ which it follows on the album. ‘Cut’ tries to capture an ephemeral feeling that may not even be real, while ‘Sentimental’ can’t help but fall back into nostalgia, while second guessing a central life choice. I remember thinking of ‘Both Sides Now,’ and how Joni wrote that so young, and how she probably could add many new verses and perspectives to it later in life, if need be. And I thought about some of my own songs where I made statements that no longer correspond with the way I see the world or myself. So it’s also an ode to songs and the many truths and phases they document and contain. It’s a very special and tender song to me.”

Avatars of Love was made in Lerche’s home country of Norway following what he thought would be a temporary move from Los Angeles in March of 2020. Where his last album Patience took more than seven years to write and record, Avatars of Love was completed over the course of a year. Rather than let the songs pile up, Lerche began recording each track as soon as he finished writing it, working with a variety of musicians and producers back in Bergen along with international collaborators via the internet.

“This is without a doubt the biggest, boldest, most complex thing I’ve ever done,” Lerche reflects. “At the same time, it was also the easiest, most natural, and most liberating. As an artist, it’s the kind of project you always dream about.”

Outside of his prolific musical output and relentless tour schedule, Lerche continues to find time to explore a host of other interests. Last year, Lerche teamed up with longtime biodynamic, family-run wine producer Castell D’Age to create PATOS (Norwegian for pathos), a natural wine brand inspired by passions beyond music: art, cuisine and, of course, wine. For the first time, PATOS is now available in the United States at select wine shops and online.

In April, Lerche will kick off his European and US tour with special guest mmeadows. The tour will make stops in Los Angeles, New York, Chicago and more. Find a full list of tour dates below or at sondrelerche.com.

New Music
avatars of lovecutdead of the nightfelicia douglassingroovesmmeadowsnew musicsondre lercheturns out i'm sentimental after all
avatars of love, cut, dead of the night, felicia douglass, ingrooves, mmeadows, new music, sondre lerche, turns out i'm sentimental after all
About the Author
SPILL NEW MUSIC

SPILL ALBUM REVIEW: THEM GUNS – FROM THE SHADOWS

by Trista Whitman on February 22, 2019
Them Guns From The Shadows TLG/Ingrooves How would you describe the sound of the Los Angeles quartet Them Guns? Rock synth perhaps? While that may discourage some people right there, [...]