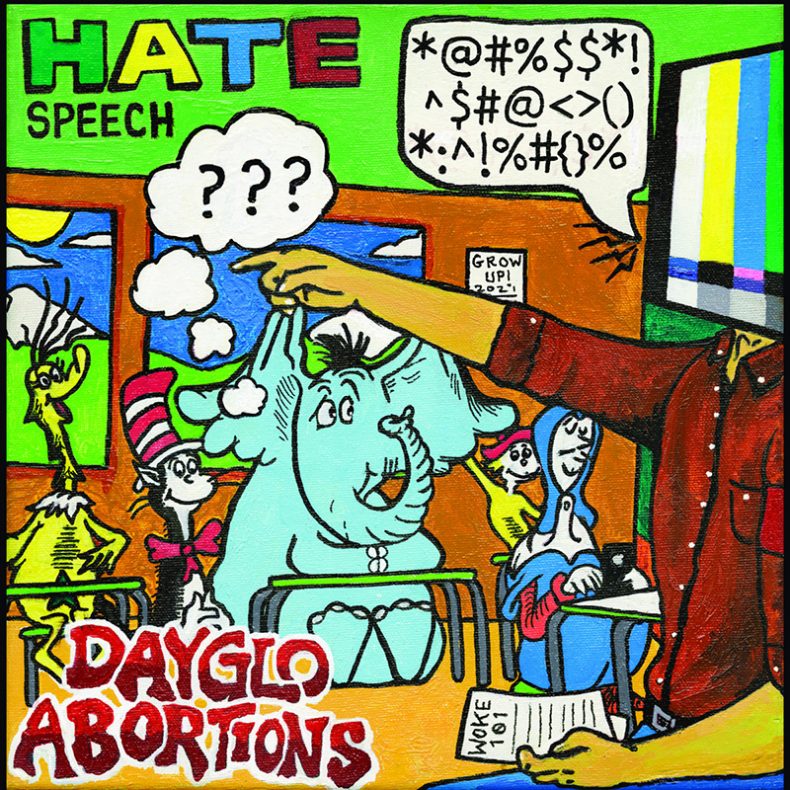 Murray (the cretin) Acton adds – “This song describes how we are programmed essentially from berth to never reach our full potential. Our education dummies us down and punishes us for creativity, free thought, and individuality. All of the mainstream media has been co-opted by governments and the corporations that own them, and it keeps hammering the message home. Obey, don’t question authority. If an opinion attempts to contradict the official narrative it is labelled “fake news” and called a conspiracy theory. Now we are being aggressively divided down into smaller and smaller groups of people that all think and act the same. When I was young, punk rock was a celebration of our individuality. Originality was the most desirable character trait. Now if you show any variation from the norm in your social group you are rejected and if you attempt to question anything you will be viciously attacked. Don’t be fooled by so-called progressive liberals segregating us into groups of oppressors and the oppressed. It’s purpose is to make us hate each other. There is nothing progressive about their ideas. They are neo-liberal corporate slaves with the same goals as the worst of the neo-cons that gave us the war on terrorism. They are the terrorists. We should be building a world where race, gender, sexual orientation, and religion are irrelevant, where Martin Luther King’s dream that his grandchildren will be judged only by their actions can be finally realized.”

by SPILL NEW MUSIC on January 6, 2022
DAYGLO ABORTIONS – “RAISED ON CHEST MILK” A SPILL EXCLUSIVE MUSIC PREMIERE This album is dedicated to the people that helped us make it. Scott Bennet and [...]
6.0

by Michelle Cooney on April 27, 2021
Murray Acton Covid-19 Nervous Breakdown Independent On the subject of COVID-19, Murray “The Cretin” Acton has a lot to say on his debut solo album. For a guy who has been [...]