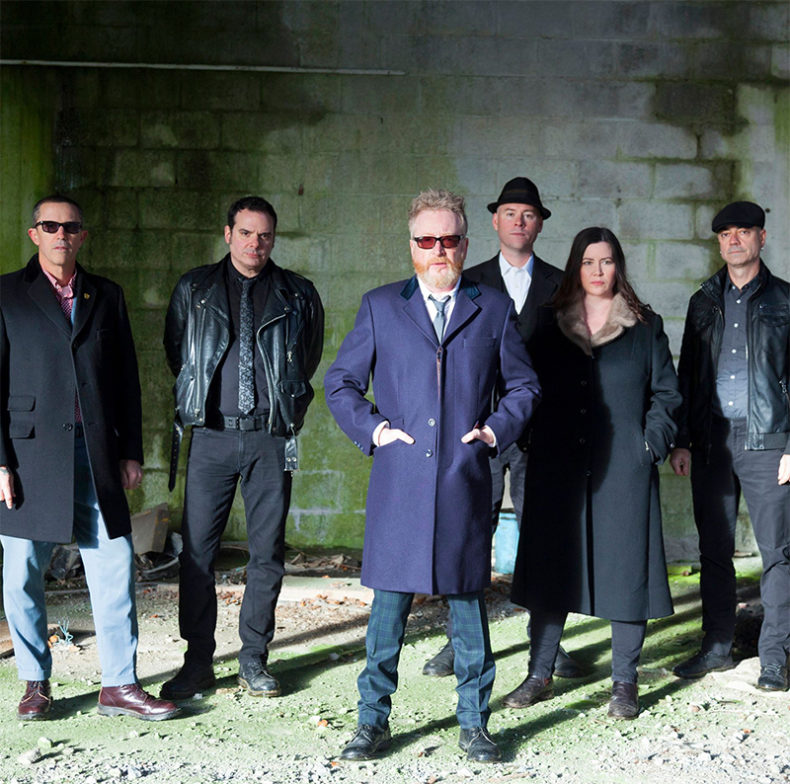 Frontman Dave King seemed energized by otherworldly – or perhaps underworldly – power as he capered about the stage, often throwing up devil horns and pulling faces at his bandmates and the audience. By the second song, King was stripping off his jacket, blaming the heat.

Inspired by the Irish-American band’s special blend of Celtic punk, the crowd was almost too rowdy for the venue, and as a result drink orders were limited towards the end of the show to one drink per person.

Imagine all the warm-heartedness of a Celtic ceilidh, then add distorted guitars, wistful fiddle, breakneck banjo, and fast-paced drums. That is Flogging Molly’s unique recipe. The members of the audience always become a part of the show: singing, dancing, clapping and sharing good cheer.

The timeless punk-inspired ditties they played – such as “Drunken Lullabies” and “Swagger” – had the crowd furiously imitating a sort of sloppy Riverdance. The pace slowed down a couple of times with more folky ballads such as “Float” and “If I Ever Leave This World Alive.” Subject matter ranged from love to loss, good to evil, and drinking to politics.

King, as always, takes great time and care to include the audience, as well as introduced each band member with affection and fanfare. His wife, Bridget is the tin whistle and fiddle player, whom he introduced as “the love of my life.” He called attention to two young lads side stage wearing noise-canceling headphones as members of his Canadian family. He called the band a connection between continents – a “bridge” between his homeland, Ireland, and the band’s home base, North America.

The openers Matt Heckler and Lucero did the headliners justice with their own distinct forms of folk-inspired music.

Heckler and his fiddle had the crowd entranced. His deep voice combined with his absolutely stunning fiddle-playing set the tone for the evening. Lucero, who had toured with Flogging Molly fourteen years prior, brought their southern-American rock style to the table with a bit of twang and a lot of gruff personality. Frontman Ben Nichols even graciously accepted a large glass of whiskey from an audience member, admitting, “I’m not as tough as you guys think,” which was a lie, as he crooned strong words from behind his guitar.

Flogging Molly consistently brings warmth and merriment with their live show. Good times were had, to be sure.