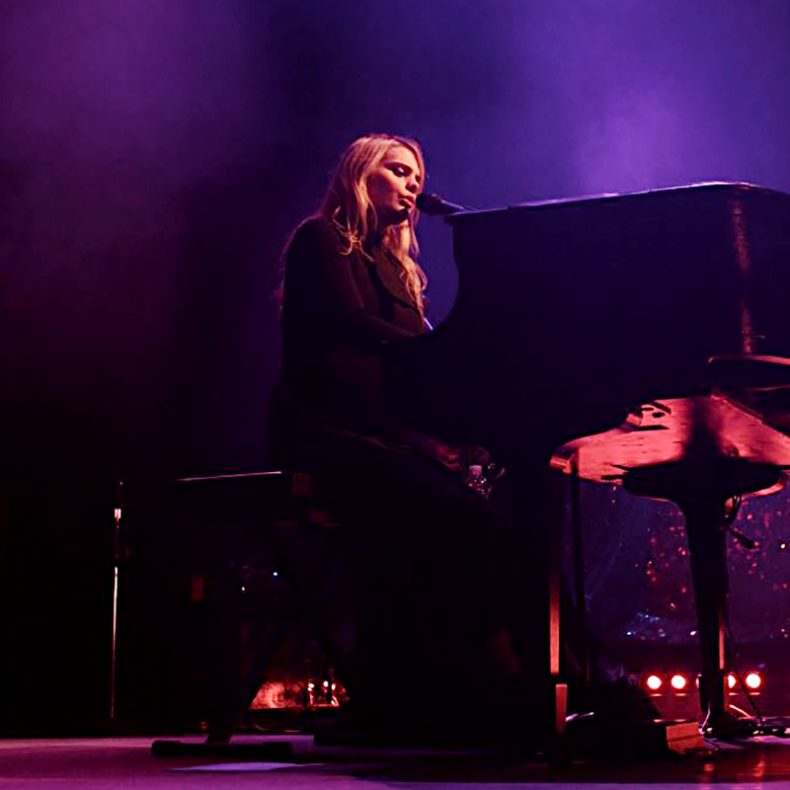 Béatrice Martin, famously known as Cœur de Pirate is a talented Canadian singer songwriter from Montreal. Her songs enwrap meaningful and relatable stories about her past and present relationships, sung in both French and English. Tonight’s show was a bucket full of authenticity, relatability and surprisingly laughter. The audience came for the music without knowing that it also included a comedy show. Her jokes in between songs served as a comic relief through the tense and deep songs that she portrayed, and she kept the audience connected throughout the entire show. Her band was extraordinary and fluid through songs like “T’es Belle” and “On S’aimera Toujours” and delivered such energy, however Cœur de Pirate shone most through her solo songs.

At roughly the halfway mark, when she sang “Oublie-Moi” by herself on the piano, there was pure silence and admiration coming from the crowd. Her melodic talent and vocal tones shined through the entire venue and made time seem like it paused. Being pregnant, Cœur de Pirate spent the majority of her show sitting down playing piano which was nothing to complain about since her true authentic self shines best when it’s her and the piano.

Although most of her songs were sung in French, the crowd was still singing it in French which was a true Canadian moment and really highlighted the bilingual aspect of Canadians. The band opened up with “Une Chanson Brisée”, the first track on Impossible À Aimer, released a week before the concert. More importantly, a major highlight of the evening was when she closed her show with one of her most famous songs, “Comme Des Enfants”, as everyone knew the words and had their arms around each other like a family. This song brought strangers together and I appreciated and enjoyed that moment highly.

Overall, this show was so unique and special by bringing both English and French-speaking individuals together under one roof, all connected through the sound of music.