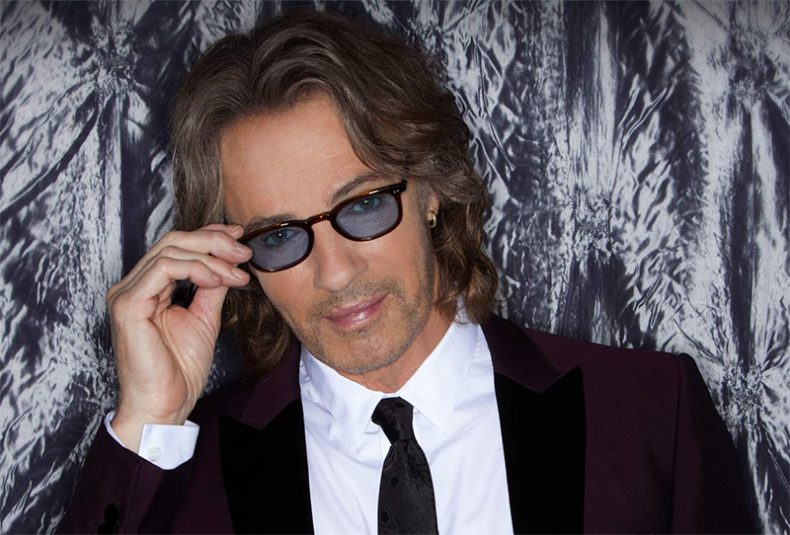 TRULY ORCHESTRATING HIS OWN LIFE

A CONVERSATION WITH RICK SPRINGFIELD

Richard Lewis Springthorpe was born in Sydney, Australia in 1949, but you might know him better as Rick Springfield. He has been playing music professionally since 1968, and was in many different bands. One of them, Zoot, had some minor hits, but he finally went solo in 1971 and had the international top ten single “Speak To The Sky”. Other hits followed, including “Hooky Joe” and “What Would The Children Think?”.

By the 1980s, Springfield had recorded a number of albums and also concentrated on his acting. He acted in such television shows such as The Six Million Dollar Man and The Hardy Boys, but it was his role as Noah Drake on General Hospital that helped him put his acting into the spotlight. In 1981 he had his first number one single, “Jessie’s Girl”.

40 years later, Springfield is as busy as ever. Besides having a hit show on Sirius Radio, he released his second novel, World On Fire, in January of 2021. In the same month, he released a single with Badfinger (“Love Is Gonna Come At Last”) and in February, he will be releasing a documentary, Orchestrating My Life. He is also releasing a new brand of rum, Beach Bar Rum, that he created with Sammy Hagar. All of this, along with celebrating the 40th anniversary of his classic album, Working Class Dog.

I met up with him recently, and didn’t know where to start. So, I started with the book, World On Fire. A sequel to his New York Times best-selling debut novel Magnificent Vibration. I had the chance to speak with Springfield recently, and he found writing a second novel a little more difficult due to the parameters set up in the first novel. 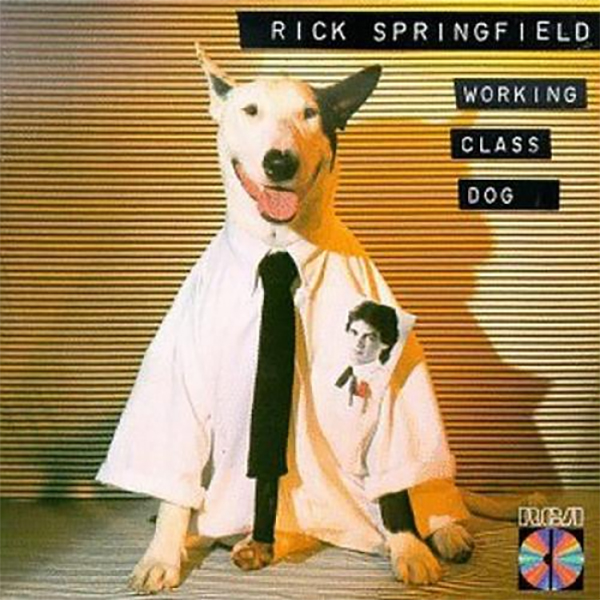 ‘I wrote the first one, after I wrote my autobiography, my publisher said “you should write novels”, so i wrote one and it was pretty successful. I left it on a cliffhanger, so I thought I should finish the next step,’ Springfield said. ‘I started writing it six years ago.’

The book is a mixture of many genres, and demonstrates once again Springfield’s rather dark sense of humour. His style is somewhat similar to Douglas Adams –’the first one was, for sure, because of the humour and sci-fi, this one not so much because it is much darker’. But one thing needs to be made clear, he started the book long before the pandemic.

‘It’s about a pandemic, the end of the world, God, aliens, and dark humour, although there are some serious moments in it. I figured I couldn’t really change the world in real life, so maybe I could change the ending and finish it.”

For Springfield, the leap from writing music to writing a book was not a huge jump. ‘The book is longer, and doesn’t have to rhyme, which is good,’, he laughs. ‘Other than that, it comes from the same place, but with a different skill set.’ The book is available on Audible, and Springfield narrated the book himself. He also wrote new music for the opening and ending of the book.

He has recently collaborated with Badfinger on a single, “Love Is Gonna Come At Last”. The song was originally released by Badfinger in 1979 and was a minor hit for the band. It is part of an album of their songs redone along with several guests, Badfinger-No Matter What. Revisiting The Hits, which include Rick Wakeman, Ian Anderson, as well as Springfield.

‘They contacted me and asked me if I wanted to do a track with them,’ Springfield recalls. “’ was a big fan, back in the day, and loved the whole connection to the Beatles and everything. So, I was definitely up for it. They asked me to play guitar, at first, so I played slide and the riff , and then they asked me to sing on it.’ 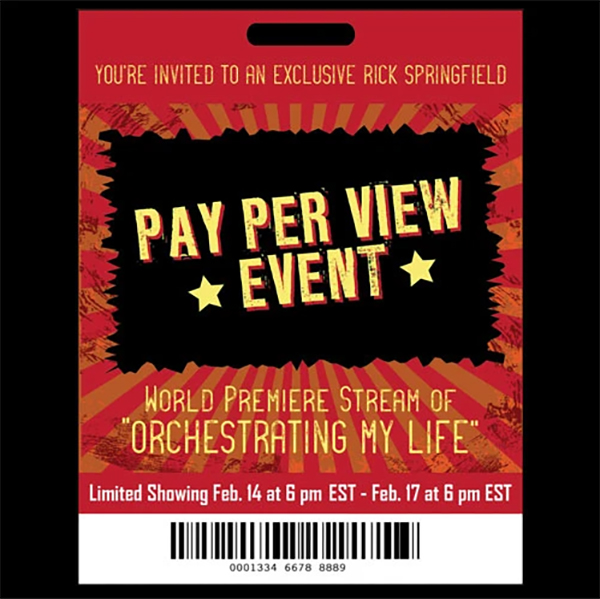 WATCH THE WORLD PREMIERE STREAM OF “ORCHESTRATING MY LIFE”

Music has been a huge part of Springfield’s life, and he is one hell of a talented individual. In talking with him about his distinctive guitar technique, he notes his role models or guitar heroes would be ‘Hank Marvin, he inspired every guitarist of my generation. Also Hendrix, and for slide B.B. King.’ He has been working on a documentary titled Orchestrating My Life, which is set to debut on Feb. 14. The film which features rare archival footage of Springfield, also features a concert featuring him and his band, as well as the award-winning Santa Monica High School Symphony Orchestra.

‘It was with 100 kids on stage, high school students. It was amazing to see their focus with being into music and being able to speak the language. I am on a big drive of keeping music in schools. It’s more important than math, now that we have calculators. Don’t get rid of music.’

‘I did a Christmas thing with them. A friend of mine has a band and they do a Christmas show and I got to do a couple of songs with them and thought they were pretty amazing. I thought it would be good to have a focus for the show, other than here’s a bunch of hits.”

Although the actual film is not a part of the 40-yrs celebration for his album Working Class Dog, Springfield sees it as a nice kick off. “40 years is interesting, it is a good start!” The album itself was huge and spawned three hits. It is an album that he, quite justifiably, feels very proud of.

‘Beach Bar Rum, with Sammy Hagar. He played guitar on “I’ve Done Everything For You” and we’ve been friends ever since. I wanted to get into the alcohol business and the opportunity came up with Sammy. It’s great rum, I drink it all the time. We have three flavours and a fourth one coming out.’ Rest assured that Springfield, for your benefit, did ‘a lot of taste testing’.

As for his ambition and love, Springfield sums it up beautifully. ‘I love sci-fi, I love humour, and I would love to save the world.’

Born and raised in Whitby, Aaron discovered music through his love of The Beatles. This led to a career in radio, writing for various publications, and ultimately a radio show about The Beatles (Beatles Universe), which ran for over four years. When not immersed in music, Aaron enjoys spending time with the loves of his life -- his wife Andrea, and daughters Emily and Linda (all of whom have an intense love of music too).
RELATED ARTICLES
badfingercleopatra recordsfeatures
6.0

by Aaron Badgley on March 26, 2021
Badfinger No Matter What – Revisiting The Hits Cleopatra Records I love Badfinger. I maintain that they are one of the most underrated bands of all time, and [...]

by Aaron Badgley on October 16, 2020
Joey Molland Be True To Yourself Omnivore Recordings Joey Molland is the sole surviving member of Badfinger, and he tends to tour as Joey Molland’s Badfinger. Fair enough, given [...]
9.0

by Aaron Badgley on April 12, 2019
Badfinger So Fine – The Warner Bros. Rarities Real Gone Music Badfinger is best known for its hits on The Beatles’ Apple Records in the early 1970s, and perhaps [...]
7.0

by Aaron Badgley on November 30, 2018
Badfinger Badfinger (Expanded Edition) Real Gone Music Badfinger signed to The Beatles’ Apple label in 1968, when they were known as The Iveys. After their first album, they [...]