SPILL ALBUM REVIEW: TOOTS AND THE MAYTALS – GOT TO BE TOUGH 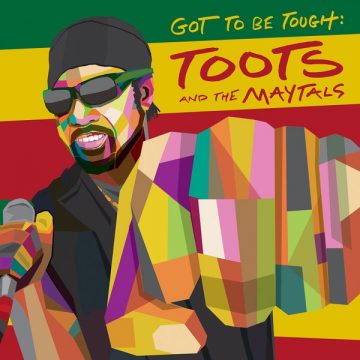 Toots And The Maytals
Got To Be Tough
Trojan Jamaica

For the first time in a decade, acclaimed reggae band Toots And The Maytals have returned with a brand new studio record, Got To Be Tough. The album, comprised of brand new material along with a cover of Bob Marley’s “Three Little Birds”, featuring none other than Ziggy Marley, proves that despite being 56 years into their career and 24 albums deep, Toots And The Maytals are as fresh as ever making their return a triumph.

Opening with the slow and infectious groove of “Drop Off Head”, Toots And The Maytals set the pace and tone for Got To Be Tough with a collision reminiscent of their classic records and The Rolling Stones. The band could vamp on this intoxicating groove all damn day and I’m positive Toots Hibbert could fill the time with his signature, soulful, and raspy vocals without it becoming stale. In contrast, “Just Brutal” brings a livelier vibe that paints a tale of a wild backyard party by the beach. The track, while vintage in its use of inspiration from soul and the blues, also has a poppy bounce to its step.

Throughout its 10 tracks and 40-minute run time, there is not a weak track on Got To Be Tough. Among the highlights, the title track returns to a slow, deep shuffle that introduces a darker and political tone to the album. The same could also be said about the fantastic “Stand Accused”, two tracks that bring a fresh take to reggae while also sounding like instant classics for the ‘70s. Additional highlights include the uptempo tribute to Marley with a cover of his classic, “Three Little Birds”, the groovy “Struggle”, and the gospel-inspired “Good Thing That You Call”. The performance from the band is incredibly strong; however, it is the songwriting behind the album that makes Got To Be Tough such an interesting and exciting listening experience.

SPILL ALBUM REVIEW: TOOTS AND THE MAYTALS – GOT TO BE TOUGH

A passion for music has always been a part of Gerrod’s life. As a young boy, he was raised on a steady diet of the music from The Chili Peppers, Aerosmith, The Stones, Prince, and others from his mum. Raised in the GTA, Gerrod continued to foster his love for music by attending a wide range of concerts and learning the drums. His unapologetic passion for music has no bounds and has spread to a wide variety of styles, whether it be the 90’s rock that sound tracked his teenage years, the jazz he studied in university, or his newfound love for hip-hop. He recently received his bachelors in music and education from York University and is passionate about writing and reviewing good (and less than good) music. Gerrod is also the drummer and songwriter for a Toronto based rock & roll band, One In The Chamber.
RELATED ARTICLES
album reviewalbum reviewstoots and the maytals
10