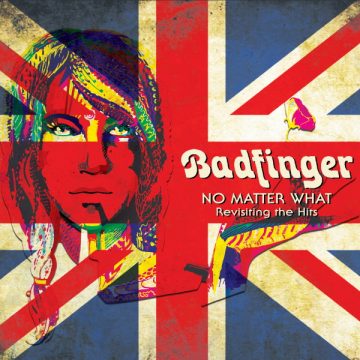 Badfinger
No Matter What – Revisiting The Hits
Cleopatra Records

I love Badfinger. I maintain that they are one of the most underrated bands of all time, and their story is one of immense tragedy. They were an incredibly talented band who produced some of the best albums of the 1970s. That being said, there is only one surviving member of the band alive today, Joey Molland. Last year Molland released his best solo album, Be True To Yourself. So, therefore, it pains me a great deal to say that the ‘new’ Badfinger album, No Matter What – Revisiting The Hits, is somewhat of a disappointment.

The concept behind the album is to bring in guests to perform with Molland on a number of Badfinger’s biggest hits and well known songs. The problem is, is that it just doesn’t work. For me, hearing these versions of the  songs makes me want to pull out the original versions. The reason is simple, the original versions sound far superior.

Not that all the versions are bad, but rather what is the point of all this? Perhaps the thought behind the project is to bring new fans to Badfinger’s songs. But I somehow doubt that Mark Stein of Vanilla Fudge performing with Molland on “No Matter What” is going to garner any airplay or interest.  the original.

When it does work, it is because the guest contributes something unique to the song. Ian Anderson contributes his trademark flute on “Day After Day” while Terry Reid also provides his trademark guitar and vocals and The Manchester String Quartet add their own sound to the song. Rick Springfield adds incredible guitar and vocals to “Love Is Gonna Come At Last”, and Sonny Landreth puts his stamp on the rocker “Suitcase” with his blues-based guitar work.

Where it doesn’t work is when the song just does not come alive. Rick Wakeman, a brilliant artist in his own right, is somewhat lost in the mix when he contributes to “Come And Get It”, and Todd Rundgren tries his best with “Without You”–yes, the Harry Nilsson song, that was written by Pete Ham and Tom Evans of Badfinger and originally appeared on their 1970 album No Dice)–but tries too hard to stick to the original Badfinger version and does not add that wonderful Rundgren flair.

Others appearing on the album are Matthew Sweet, Albert Lee, Carl Giammarese ( of The Buckinghams),  and The Legendary Pink Dots who do a pretty good job with “Midnight Caller”. But overall, these artists are not used to their full potential.

A tribute album to Badfinger with the above artists having the freedom to reinterpret the songs in their own style would have been much more interesting. As it is, the album does not achieve its goal. No Matter What – Revisiting The Hits does not update the Badfinger songs, nor will it introduce a new audience to them. The songs themselves are classics, but with few exceptions, I fear this album will be filed away in my collection, and I will turn to the original Badfinger albums instead. A great deal of talent went into making this album, and sadly the end result is somewhat of a letdown.

Born and raised in Whitby, Aaron discovered music through his love of The Beatles. This led to a career in radio, writing for various publications, and ultimately a radio show about The Beatles (Beatles Universe), which ran for over four years. When not immersed in music, Aaron enjoys spending time with the loves of his life -- his wife Andrea, and daughters Emily and Linda (all of whom have an intense love of music too).
RELATED ARTICLES
album reviewalbum reviewsbadfinger
8.0