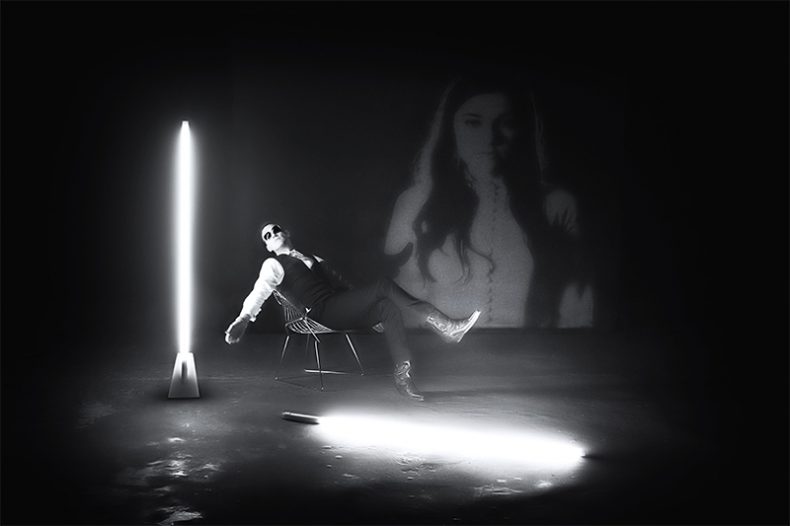 A CONVERSATION WITH RAYMOND WATTS OF <PIG>

Post-punk stalwarts <PIG>’s upcoming covers album, Candy, is set for release on June 21, 2019 via Armalyte Industries. “I chose Candy as the album title because the songs may seem sweet, inviting, and harmless at first glance, but Candy suggests there’s something sinister beneath,” says the patron saint of pain Raymond Watts. “It’s like a lure or precursor to something dark and dreadful…” he explains. “What is the interest due on that sinful pleasure and what is the true cost? A bit of a metaphor for our times.”

Candy indulges the listener with covers of “Kiss” (Prince), “The Power of Love” (Frankie Goes To Hollywood), “Never Tear Us Apart” (INXS), among many others. The album may blindside you with surprisingly poignant and swanky versions of “Can’t Get You Out of My Head” (Kylie Minogue), “Two Become One” (Spice Girls), and “I Can’t Go For That” (Hall & Oates).

With such a variety of outlets for his own unique musical explorations, why did Watts decide to focus on a release where he is using other artists material? He explains that, after experimenting musically with a variety of projects, he recorded several classic covers, country songs, and a few different things back in the late ‘90s. He and his friends enjoyed doing the songs while getting “fucked up” at his Ranch Apocalypse studio.

Watts had done three cover versions at Christmas for the charity International Rescue Committee and really enjoyed the experience. He then recorded a cover of “That’s The Way (I Like It)” with Sasha Grey last year. They just kept ploughing away and doing really daft ideas, taking songs that were ones you could put a different spin on: “Hey, wouldn’t it be fun to do a Kylie Minogue song, or a Lee Marvin song, or an Elvis Presley song?” He explains that the creative process itself was relatively easy but listeners might find the selection of songs puzzling. It raises the question: How were some of the artists – Spice Girls for example – actually chosen?

Watts explains that he wanted to avoid the classics, or what some people call “the American Songbook” – songs that have been overdone. Instead he wanted to “take songs that can seem, at first glance, to be quite cheesy songs… like “Hopelessly Devoted To You” by Olivia Newton-John from the Greece soundtrack.” To him this particular track could describe an aching or longing for heroin for someone waiting to score, a subject which he was very familiar with. To Watts, reimagining a really quite nasty obsession as a cheesy love song represented two sides of the same coin. 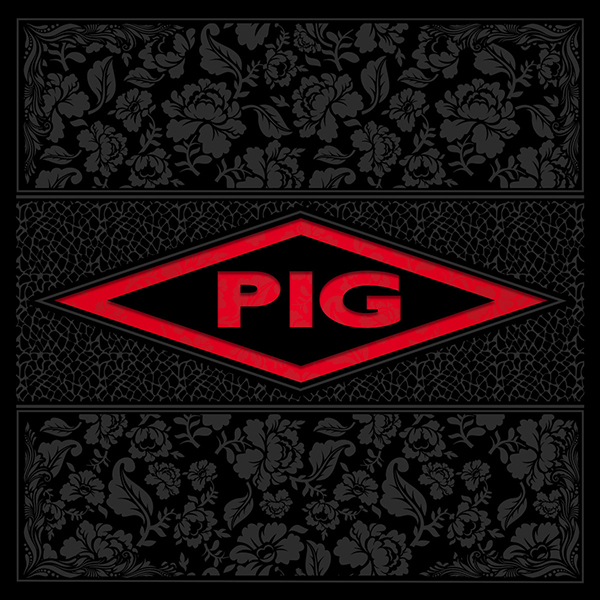 Watts had occasionally dropped a few covers into his live sets over the years. When asked if Candy had given him some additional material to include in some forthcoming live shows, he thought for a few minutes before stating that he felt they wouldn’t actually work as part of his regular sets. Instead he favoured the suggestion that perhaps a special set of just cover versions could be played “in a lounge-y way.”

Rather than viewing Candy as an evolution or a complete departure from what he had created previously, he prefers to describe it as “just another branch from the same trunk.” His own musical collection is quite diverse and varied. Creatively, he states that he was able to “find that there’s influence and there’s something great in all sorts of stuff… whether it’s the most awful tabloid newspapers, or the highbrow, or the devoted religious whatever, there’s something good in everything. I’ll find something great in the cheesiest advert jingles.”

Since he was thrown out of school in 1978, Watts fell into playing in post-punk bands. At that time punk was pretty much over: the Sex Pistols had been passé by the end of 1977. Things moved quite quickly into what people would term New Wave. Watts ended up in Japan in ’81 and then in a pseudo-pop band before coming back with “some shit that was worth money.”

He was able to by an 8-track studio and immediately thought, “I never want to work in pop music.” He fell into working with Psychic TV and Einstürzende Neubauten which very quickly led him to his own studio, where he started to work with other bands. He was able to make money recording bands, as well as producing smaller ones. Then his journey led to Hamburg in ’83 or ’84 where he joined a German New Wave band Adverts, who were doing a lot of touring with Johnny Thunders. Watts was also doing front of house for Neubauten and other similar bands. In those days there were record labels that would give you money, ones that would actually give you an advance. Thus he was able to record other bands in his studio, get an advance, and build his studio up: “It was a very hand-to-mouth cottage industry.”

Luckily that was what he was able to do until the torrent of drugs and alcohol washed him down into an absolute abyss by the early 2000s. It had been happening through the ’90s, but the train hit the buffers – or disappeared over the cliff – by early 2000. He stopped making <PIG> albums, and his KMFDM connection finished. While he was holed up writing music for fashion labels he was also being a family man, looking after his kids. “I’ve always been able to do music but I’ve even been lucky enough to plough any particular furrow… whether it’s like this covers album Candy or the more experimental, industrial stuff, or whatever I’ve wanted to do, and that’s fed me.”

One thing that has always stood out about Watts is his unique and very distinctive vocal style. Was this natural or nurtured through some form of vocal training early in his musical career? “It’s very weird. No, I’ve certainly never had lessons, certainly self-taught. I wouldn’t describe myself as a singer in any way, shape or form I just use the materials I’ve been given. Literally I just open my mouth and it comes out so I’m lucky that way. Yeah, I swear I turn the tap on and it falls out.”

In addition to his own musical creations, Watts had also been involved in producing other artists. Was it easier following his own musical vision or trying to identify what were the hopes or creative ambitions of others? He explains that he hasn’t actually done any production work for quite some time but that “I don’t think I’m very good at that now and it’s not the kind of thing that really interests me.” Instead he prefers working with different creative influences like fashion designers, for example, where he has created music to accompany their vision for a range of clothing. Rather than focusing on someone else’s music, he prefers something that causes him to respond to a visual thing. 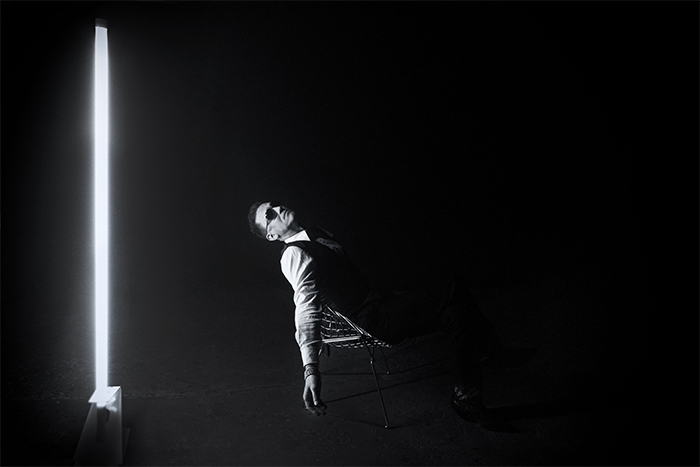 When asked if he still retains the same hopes and dreams for the future, Raymond agrees that “Yes, I do but it’s basically just to keep going. The thing I enjoy is the process of doing it and trying things that… It’s like Candy, the covers album… that’ll put some people off, they won’t get it, they won’t want it, and they won’t like it. So the fuck what, it’s been done.”

Reviewing the past, Watts states that his greatest achievement was surviving through rehab and all the substance addictions that had plagued his career for the majority of his life. “Getting into a place where I can survive without being fucked up the whole time… It’s nice to be around for my kids and I’m really proud of them.” He explains that previously, his life was very much orientated around nighttime but these days when he is touring he is actually playing totally sober for the first time since he was 14. “It’s really good fun. It’s actually really alright.”

Being sober also caused him to have a different insight regarding his own music. The last <PIG> album from 2003 was recorded under a chemical haze. Because he couldn’t hear all the high-end frequencies, they were subsequently boosted. To this day they now sound to him like “the sound of fucking a torrent of drugs coursing through your system, it’s hysterical, fucked up.”

Regarding the rest of the year, Watts appears to have a very full diary with one live <PIG> show in London on June 1. Towards the end of September, they are playing Cold Waves, an industrial festival in Chicago, and probably doing a few shows around that.

Aside from the standard CD and digital download version, there will be four additional and highly-collectible vinyl editions for the release of Candy. The vinyl, which will only be available via Armalyte’s website will come in several different limited editions. The “Fur Edition,” which will be numbered and signed by Watts and Eden Martin is limited to 30 pressings. The “Sand Paper Edition” will be signed by Raymond with 40 pressings. The “Candy Stripe Edition” will be numbered and signed by Watts with 60 pressings. Lastly, the “Standard Deluxe Edition” will feature gatefold vinyl with a die cut sleeve on double heavyweight vinyl with and insert limited to 170 pressings. Track listing between the CD/digital version will differ slightly from the vinyl versions.

I'm a 40 + music fan. Fond mostly of Rock and Metal my staple-musical food delights. Originally from Northern Ireland I am now based in the UK-Manchester. I have a hectic musical existence with regular shows and interviews. Been writing freelance for five years now with several international websites. Passionate about what I do I have been fortunate already to interview many of my all time musical heroes. My music passion was first created by seeing Status Quo at the tender age of 15. While I still am passionate about my Rock and Metal I have found that with age my taste has diversified so that now I am actually dipping into different musical genres and styles for the first time.
RELATED ARTICLES
armalyte industriescandyfeatures