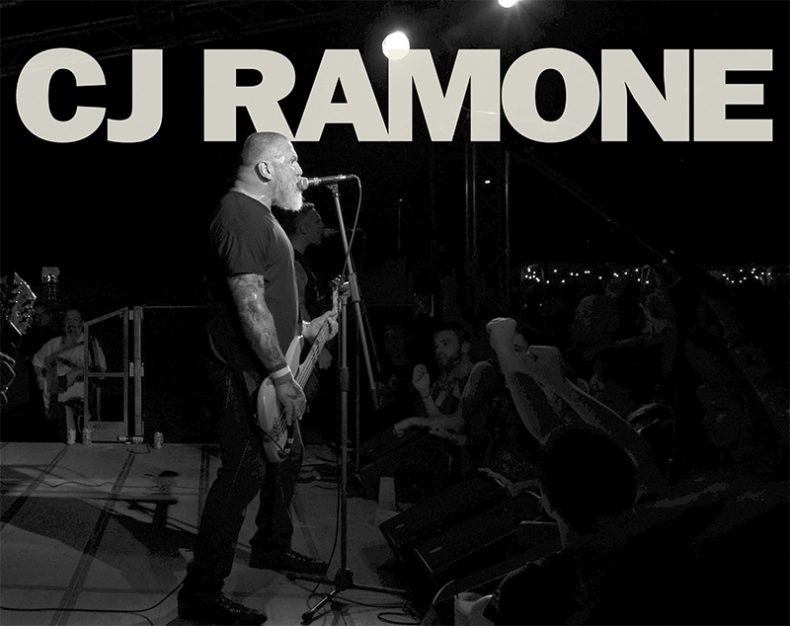 IT’S STILL GOT THAT FEELING OF MAGIC TO IT

A CONVERSATION WITH CJ RAMONE

As the bassist for The Ramones from 1989 to 1996, CJ Ramone seems to have found his voice as a songwriter and musician. The Holy Spell, his fifth solo album, is a striking twelve-track release which is bound to surprise even some of his biggest fans while solidifying him as far more than just another punk. As he drove through the Hollywood Hills from his place in The East Bay to Los Angeles, we talked about the making of The Holy Spell, punk rock history, Steve Soto, and, of course, the legacy of The Ramones.

“It’s one I’m exceptionally proud of” Ramone tells me after I congratulate him on his recent release. I can hear him smile as he continues, “It’s probably my best record; most mature, most well-written. Even lyrically, it’s probably my favourite record I’ve done”. It’s clear, almost immediately, that The Holy Spell pushes the expectations one may have for Ramone, along with what you’d find on most punk rock albums. Part of this comes from his choice to cover Graham Parker’s “Crawling from the Wreckage” and Webb Pierce’s 1953 hit “There Stands The Glass” – “I like that Parker song ‘cause it was a very blue collar kind of song; just that whole idea of drinking, bars, and fast cars just really fit for me when I was young. ‘There Stands The Glass’ comes from always hearing country music growing up, and that song there – well it fits the feeling of being on the road; when I’m on the road, I’m known to knock a couple back”. This is furthered by a strong sense of songwriting and a willingness to take risks in the studio. As Ramone tells me, “The funny thing with this record was I did my usual demoing of the tracks and letting them sit with the band, but I wrote the songs so quickly and in a different environment than usual that I wasn’t really confident in them and when I got to the studio, I literally went in, dropped my bags, picked up an acoustic guitar and wrote four songs on the spot… We ended up having over twenty songs written and recorded”. As a result, The Holy Spell stands out as a very strong example of what punk could be – both vintage and progressive – in 2019.

While it is clear that The Holy Spell is a versatile release, one song which stands out among the strongest is the closing track, “Rock On”, a tribute to Agent Orange and Adolescents founder and bassist, Steve Soto, who passed away in 2018. He tells me, “it seems I often write sad tribute songs and when Steve passed, I was done with sad songs like that; I just couldn’t seem to write one. And then I thought, ‘well why does it have to be sad?’ so I wanted ‘Rock On’ to be a celebration for Steve and what he was about”. Speaking on their friendship, Ramone recounts the making of his debut solo record, Reconquista in 2012, “I had recorded my first album two times and I wasn’t happy with it, so Steve invited me down to the studio. I’m there setting up and in walks Jay Bentley from Bad Religion, Billy Zoom from X, Dennis Casey from Flogging Molly, Jonny ‘2 Bags’ from Social Distortion, and Frank Agnew and Dan Root from The Adolescents. All these heavy-hitters from the Southern California punk rock scene came in to play on my record ‘cause Steve called them up, none of them asked for a dime and they made for an unbelievable experience, and that was all on Steve. That’s just who Steve was”. Ramone continues, “He was unbelievably vital to the scene, he was really the motor behind it. He played in the biggest underground band from California – The Adolescents, who were kind of like The Ramones of the west coast – and I would say that he was largely responsible for the fact that there was such a scene and a community among us all… Great guy, beautiful dude. I really learnt a lot from him and am honoured to have had him on all my records up until now” 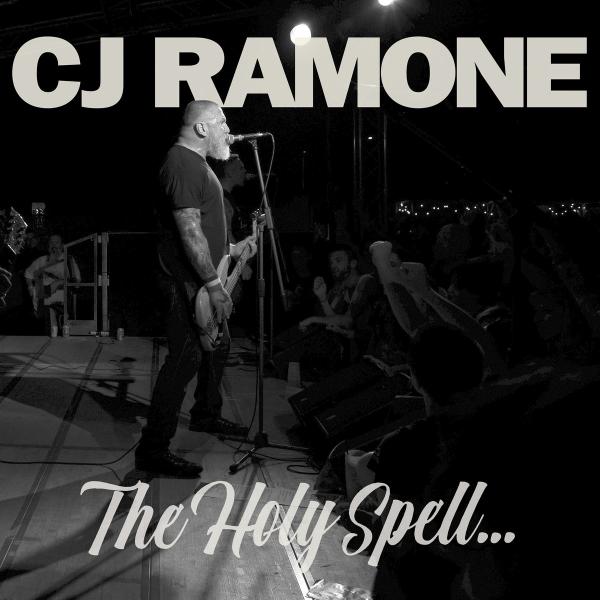 Naturally, I could not speak with a member of what is still among the greatest pioneers of punk rock music, culture, and fashion, without shifting the conversation towards the legacy of The Ramones. “Calling The Ramones a punk band is a misnomer. The Ramones were punks, but street punks, no necessarily what became punk rock. They weren’t a punk rock band, The Ramones are a rock and roll band, but they were punks… After The Sex Pistols pulled all that stuff, the record companies decided they would not support the punk genre and because The Ramones were often associated with that scene, they were not supported either. That’s a little bit of punk rock history that really isn’t all that well known.” While I have often thought The Ramones had more in common with the early work from The Beatles, along with ‘50s rock from the likes of Chuck Berry, Ramone affirms this thought, adding “Had they received the support bands get to break into the mainstream, I think they would have had a far different career, certainly one that was more financially successful”. Speaking of their legacy now, twenty-three years after their final concert in ’96, Ramone states “The band, finally, has gotten a fair share of recognition. I think they’re far more appreciated now more than they ever were, but it’s kind of a bumpy road with The Ramones. There doesn’t seem to be anyone steering the band’s career; Johnny’s wife is in charge of Johnny’s legacy, Joey’s brother is in charge of Joey’s legacy, but it doesn’t seem like anyone is in charge of the band’s legacy. It’s just kind of sad, you know? I can totally see a Ramones festival every year, or even just reissues on the anniversaries of the big records. That being said, I think Johnny, Joey, Tommy, and Dee Dee would be happy to see the level the band is known now. When people who don’t know who you are, but are wearing your T-shirts, you’ve reached a level of significance that few people have met; Elvis, Marilyn Monroe, and James Dean, their image doesn’t belong to them, it belongs to the people now and I think that is what has happened to The Ramones”.

Bringing it back to The Holy Spell, Ramone expands on the title, stating “it’s still got that feeling of magic to it. Music in general, both listening and making it… I am still amazed by the work of artists I’ve listened to even since a kid; I can put on records by Creedence Clearwater Revival and Johnny Cash and still get that feeling in my gut. I am still madly in love with music – creating it, writing it, and listening to it”. The diversity of The Holy Spell stands true to this statement but is further affirmed by his recommendation of three up and coming bands, The Mean Jeans, Destroy Boys, and Big Eyes, while also comparing the local Toronto scene that that of Seattle. With his ear to the ground, Ramone is heading across Europe and throughout North America, including a show at the legendary Horseshoe Tavern in Toronto on August 15, for a summer tour that is bound to be an exciting affair. As for The Holy Spell, I am incredibly excited to hear what directions Ramone continues to take as he moves forward beyond the tour.

A passion for music has always been a part of Gerrod’s life. As a young boy, he was raised on a steady diet of the music from The Chili Peppers, Aerosmith, The Stones, Prince, and others from his mum. Raised in the GTA, Gerrod continued to foster his love for music by attending a wide range of concerts and learning the drums. His unapologetic passion for music has no bounds and has spread to a wide variety of styles, whether it be the 90’s rock that sound tracked his teenage years, the jazz he studied in university, or his newfound love for hip-hop. He recently received his bachelors in music and education from York University and is passionate about writing and reviewing good (and less than good) music. Gerrod is also the drummer and songwriter for a Toronto based rock & roll band, One In The Chamber.
RELATED ARTICLES
cj ramonefat wreck chordsfeatures