Features
283
previous article
SPILL NEW MUSIC: THE PREFAB MESSIAHS - "BRING ON THE ROBOTS"
next article
SPILL FEATURE: GROWING UP WITH TPC - A CONVERSATION WITH GREG ALSOP FROM TOKYO POLICE CLUB 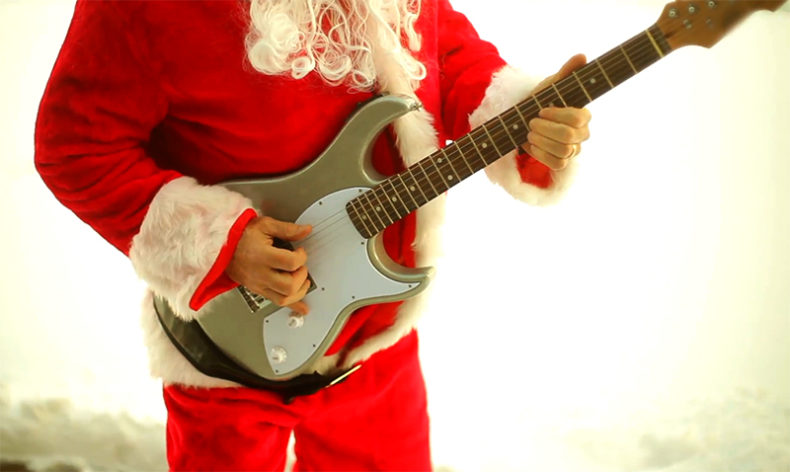 Well, it is that time of year again. Trees are going up, stores are being decorated, streets are all lit up and the release new Christmas albums are being released. Since Bing Crosby launched the craze in the 1930s, Christmas albums are now part of the Christmas tradition. In some cases, it has even resurrected careers — remember when Neil Diamond released his first Christmas album in 1992, giving him his first top ten album in ten years? It has ended others (what became of Crazy Frog after that Christmas EP?). Here in 2018 is a very eclectic group of artists putting their own stamp on Christmas albums. 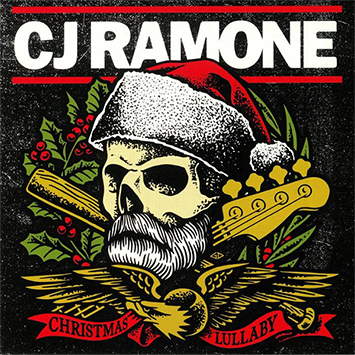 C.J Ramone was the bassist in the Ramones from 1989 to 1996. Since his last album with them, (Adios Amigos, 1995), he has carved out a substantial solo career and played with other bands (Bad Chopper and Los Gusanos). Here he is with a single for Christmas, and what a single it is! “Christmas Lullaby”. The A-side is a wonderful blend of power pop and punk. At times I swear it is reminiscent of “Snoopy Vs. The Red Baron”. Which is fine by me! The flipside is a wonderful cover of The Kinks’ “Father Christmas”, a song that fits Ramone perfectly! This is a brilliant Christmas single. 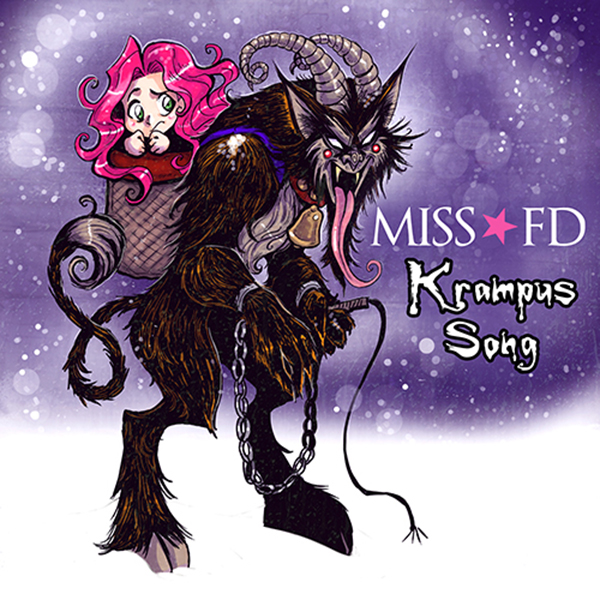 In one other single of note this Christmas, Miss FD takes a different turn on the season and has come up with the ultimate song and video about Krampus. In case you didn’t know, Santa visits the good kids, while the bad kids get a visit from Krampus. Miss FD turns a rather dark myth into a charming, witty and fun song. 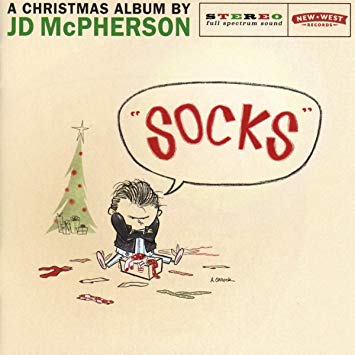 “Why did you waste the paper on a lousy pair of socks?’ A great line, from a great song. McPherson and his band deliver an album full of original songs about the season, and if this does not put a smile on your face, then I do not know what will. Santa, parties, and memories make up this terrific blues-infused rock and roll album, one of this year’s highlights. This is a fun album, full of great music, and a great addition to any collection. 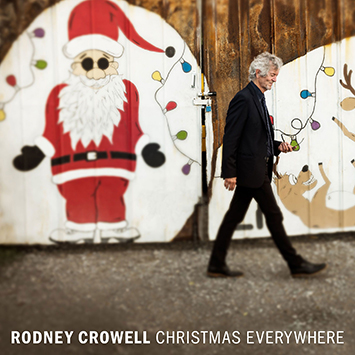 Contrary to label mate McPherson, Crowell goes for melancholy on this brilliant Christmas album. Produced by Don Knobler, and featuring guests such as Vince Gill, Lera Lynn, the poet Mary Karr, and  Brennen Leigh, Crowell has recorded a very real and at times very sad Christmas album. His voice is a bit gruff, but the musicianship and instrumentation is perfect, and it is, for the most part, a wonderful album. 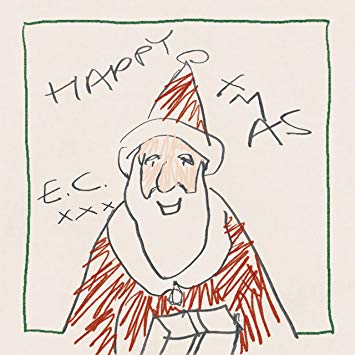 Old Slowhand takes a stab at his first Christmas album. This is a mellow affair, and at times very reflective. Of course, his guitar playing is second to none, and the songs he has chosen and arranged are perfect for him. The highlight here is the moving “Christmas In My Hometown”. Co-produced by Simon Climie, Clapton has brought together many talented musicians, which including his wife and daughter on background vocals, to record laid back, bluesy interpretations of classics and carols. A great relaxing Christmas album, perfect for after the initial Christmas storm has passed. 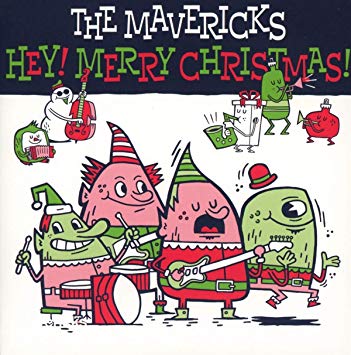 I love The Mavericks and their distinct rockabilly/rock/country sound. Here they apply what they know to Christmas music, some originals, and some classics. This is just a fun album. It features a brilliant sleeve and if this album does not bring a smile to your face, then I don’t know what will. Santa, presents, love, it is all here. A great Christmas album throughout, with excellent music and vocals. This would be a perfect companion piece to JD McPherson’s Socks. 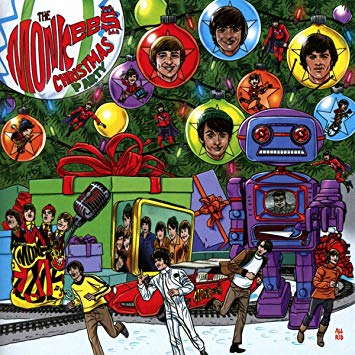 Disappointing, especially following their top twenty album, Good News, from last year. This is a hodge podge assembly of Christmas music with Micky Dolenz and Mike Nesmith being the only two Monkees who deliver new songs, while they used two from Davy Jones Christmas (1991) and one from an old release by Peter Tork. Nesmith wins, with his stunning cover of “The Christmas Song”. Dolenz comes through with  Andy Partridge’s “Unwrap You At Christmas” and the cover of Big Star’s “Jesus Christ”. The limited edition from Target is the way to go, however, as it has two bonus songs, the beautiful “Riu Chiu” from their television show, and the fan club only release “Christmas Is My Time Of Year”. 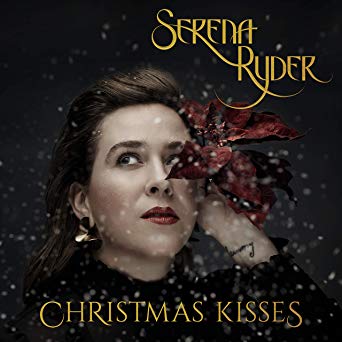 This is a standard Christmas album, bordering on jazz at times (“Let It Snow”), straight pop (“Christmas Kisses”) and even some blues (“Blue Christmas”). Ryder seems to be having a good time and enjoying the freedom of interpreting classic Christmas songs. This is a great soundtrack for a small party or late night listening. 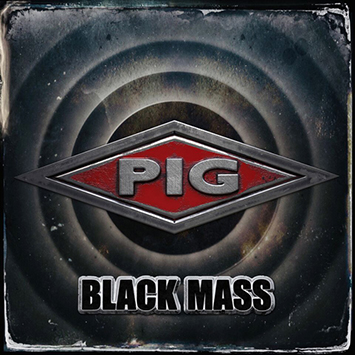 A charity EP, with all proceeds going to International Rescue Committee. <PIG> takes on three icons, George Michael (“Last Christmas”), Elvis Presley (“Blue Christmas”) and John Lennon (“Happy Christmas”). This is dark and drawn out, and in many ways quite wonderful. Raymond Watts drags out each song and still maintains the beauty of each. Producer Eden has done a great job with the material at hand. 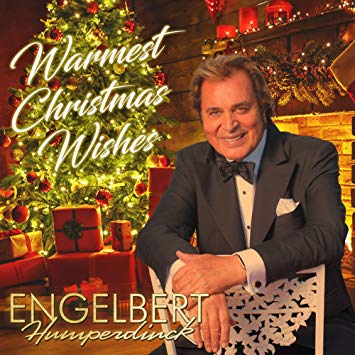 The man who held “Strawberry Fields Forever” from number in the U.K. returns with a new Christmas album.Engelbert Humperdinck is 82 and still going strong. All I can say is if you like him, you will like the album. It is predictable, overproduced, and not very creative. His vocals are fine, but lack any energy or spirit. He should not cover “Driving Home For Christmas”, as it does not suit his MOR style. Otherwise, this may be the album you need to end the Christmas party early. 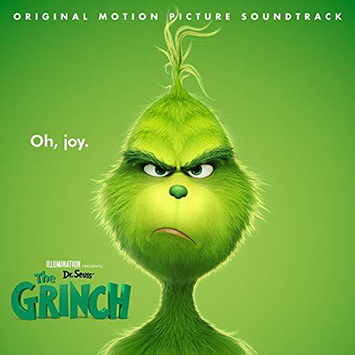 Tyler, The Creator takes centre stage with the this soundtrack. Actually, his songs are the only new ones on the album. His take on “You’re A Mean One, Mr. Grinch” re-imagines the song to full effect and many levels works. But the real stars of this album are the older artists, Jackie Wilson (“Jingle Bells”), Buster Poindexter (“Zat You Santa Claus”) and Nat “King” Cole (“The Christmas Song”). Danny Elfman’s soundtrack music adds very little. 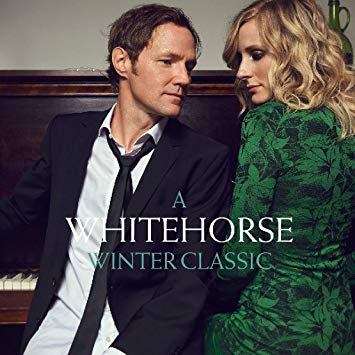 Whitehorse delivers an album of mostly original songs, with a couple of covers. Their cover of The Pretenders’ “2000 Miles” is the best, and their original songs are exactly what you have come to expect from Whitehorse. Not exactly a ‘holly jolly Christmas’, but an honest, and at times beautiful account of Christmas. Well-produced and Melissa McCelland’s voice has never sounded better. Luke Doucet’s musicianship is top notch. 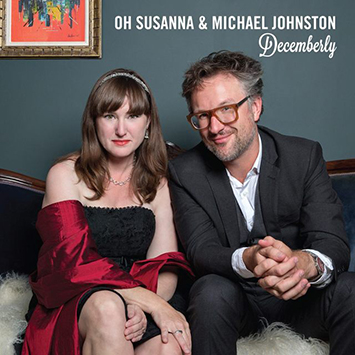 This is sheer beauty, stripped down and wonderful. Oh Susanna sings while Michael Johnston plays piano and it is wonderful. “City Snow” is near perfect, “City snow is stop and go, and I miss you”. Simple, and stunning. The cover of “What Are You Doing New Year’s Eve” brings in the melancholy and is one of the best versions of the song I have heard in quite awhile. This is exquisite and one of the best Christmas releases this year. I know this will become a perennial favourite in our household. 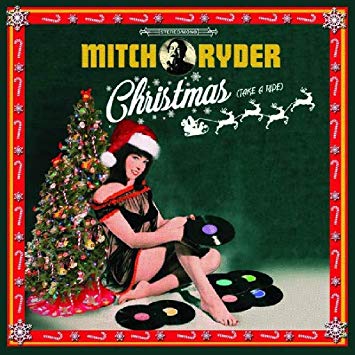 Ever wonder what “Grandma Got Run Over By A Reindeer” would sound like if it was sung by Mitch Ryder? Well, wonder no more. Here it is in its full glory, as part of Ryder’s new Christmas album. He rocks, bops and rolls through predictable numbers (“Jingle Bell Rock”, “Santa Claus Is Coming To Town”) and some newer numbers. “Someday At Christmas” benefits the most from his arrangement and vocals. It is a fun album, but at this stage in the game, one has come to expect a bit more from Mr. Ryder. 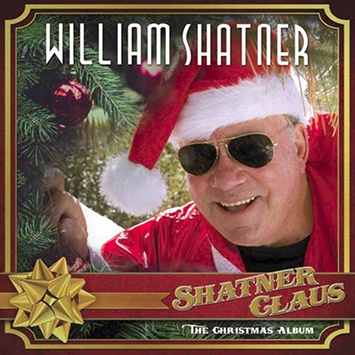 If you have heard his other albums, you know what to expect with this album. If you have not heard his previous releases, words do not do justice. Shatner talks his way through the holidays here, with some pretty big names: Iggy Pop, Henry Rollins, Rick Wakeman, Ian Anderson, Billy Gibbons and many more. The songs are predictable and standards, but done somewhat differently here. His duet with Iggy Pop on “Silent Night” is astonishing, and “Feliz Navidad (feat. Dani Bander)” simply must be experienced. Warning, the appeal does wear off by the end, but while you enjoy it, it is wonderful. 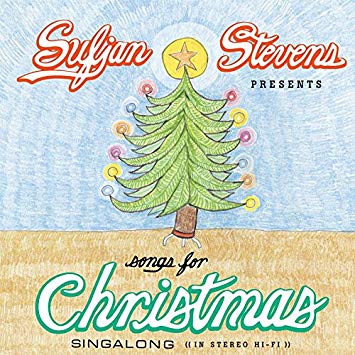 This is straightforward vinyl reissue of a brilliant box set of EPs full of Christmas music. Asthmatic Kitty stated that they wanted to use the original design, as Christmas is a time to return to ritual and comfort, which leads to a stunning vinyl box set. This is the first time the set has been available on ,and the music benefits from that format. Stevens recorded these EPs (although, they really are album length) between 2001 and 2006, when the set was originally released on CD. It is beautifully packaged and jammed full of Christmas cheer, courtesy Mr. Stevens. He covers traditional songs and carols, but also writes a few of his own (“The Worst Christmas Ever!” being one of my many favourites). There are 42 songs spread out over five discs, so there is definitely something for everybody.

There have been a number of other reissues this year,  including New Kids On The Block (Merry Merry Christmas, Real Gone Music), Hanson   (Snowed In, Real Gone Music); the classic Lorne Greene and The cast of Bonanza (Christmas On The Ponderosa, Real Gone Music). The last one is very impressive as it has been out of print since 1963!

Born and raised in Whitby, Aaron discovered music through his love of The Beatles. This led to a career in radio, writing for various publications, and ultimately a radio show about The Beatles (Beatles Universe), which ran for over four years. When not immersed in music, Aaron enjoys spending time with the loves of his life -- his wife Andrea, and daughters Emily and Linda (all of whom have an intense love of music too).
RELATED ARTICLES
armalyte industriesasthmatic kitty recordscleopatra records