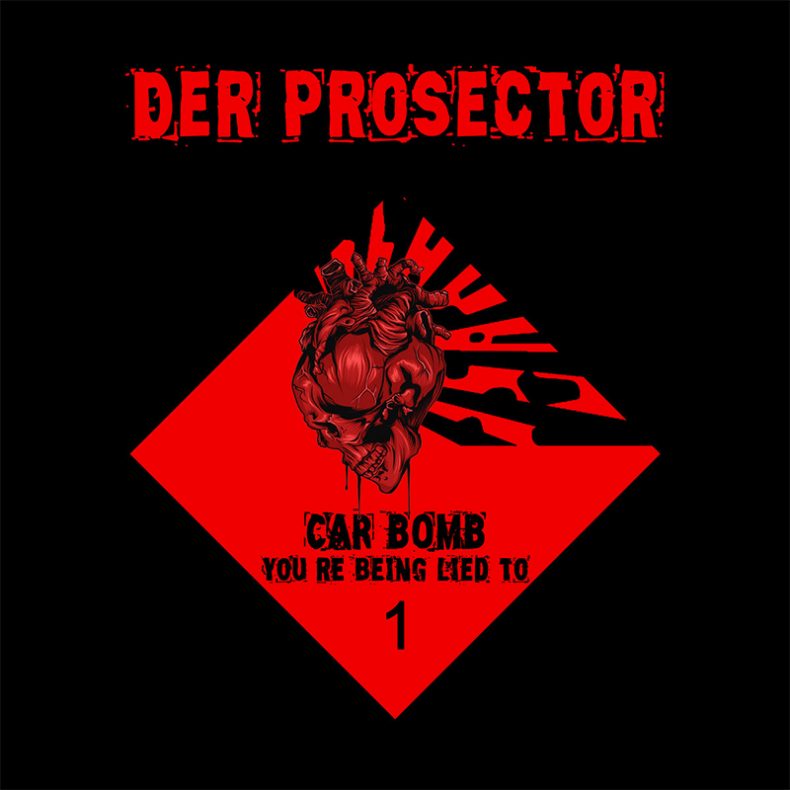 In a case of art imitating real life, Der Prosector have been mired in chaos and uncertainty. The loss of two original members would be enough to floor most bands, but Der Prosector are not the types to take shit lying down, so with the departure of Digby Denton and Neil Hester comes the arrival of guitaritst Andy Kenealy (The Sepia), joining original members Ged Denton (C-Tec / Crisis NTI) and Jules Seifert (2Bit Heroes / The Sepia).

The band have used this disruption to focus and fuel their ire for the state of the world. Lead track ‘Car Bomb’ concerns the murder of Maltese investigative journalist Daphne Caruana Galizia, who was determined to expose corruption at the highest levels of government, whilst ‘You’re Being Lied To’ reflects a zeitgeist distorted by modern American politics, media disinformation and the rise in global idiocracy. Unfiltered, unashamed and uncompromising, these two explosive tracks speak truth to power.

Joining the revolution are Go Fight, The Joy Thieves and Dead Agent, showing solidarity to the Der Prosector cause with their unique remixes of ‘Car Bomb’.