SPILL FEATURE: SERIOUS MUSIC WITHOUT TAKING ITSELF TOO SERIOUSLY – A CONVERSATION WITH BORIS PELEKH OF HEY GUY (AND GOGOL BORDELLO)

Features
223
previous article
SPILL FEATURE: THEY FOLLOWED THEIR INSTINCTS AND ENDED UP IN SIR ELTON JOHN’S DRESSING ROOM - A CONVERSATION WITH JORDAN MILLER FROM THE BEACHES
next article
SPILL ALBUM PREMIERE: CELLISTA - TRANSFIGURATIONS 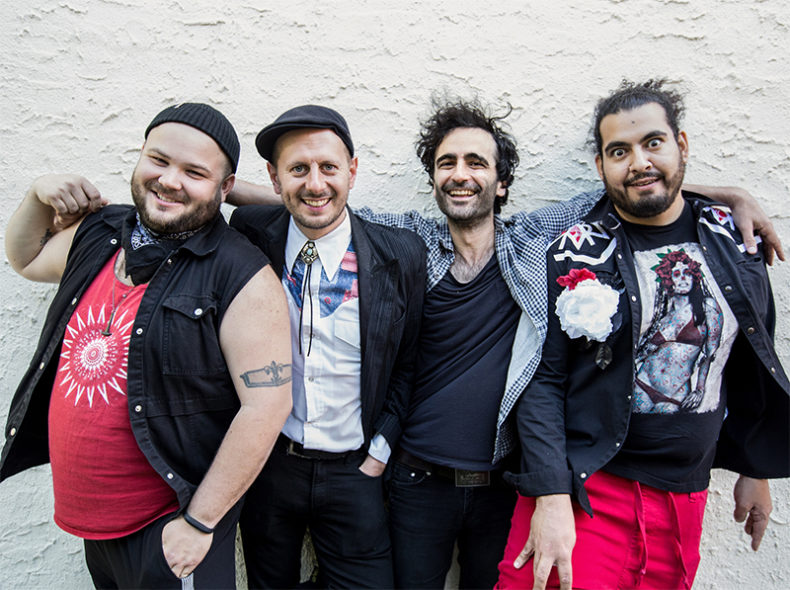 SERIOUS MUSIC WITHOUT TAKING ITSELF TOO SERIOUSLY

A CONVERSATION WITH BORIS PELEKH OF HEY GUY (AND GOGOL BORDELLO)

Travel is becoming more and more widely accessible, significantly influencing the way society functions and develops. Bringing both great benefits and undeniable challenges, it’s hard not to notice the impact in one’s day to day life in one form or another. One such manifestation of this change has been the increased frequency with which we can watch our favourite artists on tour, such as Hey Guy who recently wrapped up a tour across the US. Usually on the road as the electric guitarist of Gogol Bordello, Boris Pelekh was keen to share some of the novelty that comes with touring for one’s own project.

“It’s a very different experience [performing my own music.] Playing with Gogol Bordello is magical in its own way but it’s obviously my brainchild, my baby, this project. It’s a completely different presentation in terms of the emotional experience. It’s music that I wrote and a project I put together; it’s exhilarating. A very different energy than playing with a band that’s established by other people.”

While Hey Guy obviously has a more intimate meaning for Boris, that’s not to say that playing with Gogol leaves him cold inside either:

“Touring with Gogol, I started four and a half years ago and I’ve become kind of a right-hand man for the lead singer, so yeah it’s channeled a lot of what he wants to express through myself and it’s enriched what I do with that band. We’re a five-man project, so it has its own channels as well, but in Hey Guy it’s much more of an emotional rollercoaster.”

Part of that added adrenaline stems from the emphasis on the emotional aspect of the musical journey in Boris’ project.

“We like to call it serious music without taking itself too seriously. It does come off on a serious end, but if you go to a Hey Guy show it’s a lot of fun as well. It doesn’t have the festivity of a Gogol Bordello show but it is very fun and full of party, going nuts and craziness as well. The music that we put out has more seriousness, more of a depressive/resolutionary angle. It’s quite the journey. The way a lot of songs are written, as I said already, have a resolution to them. It’s a lot of journeying through aspects of life, depression and struggles, and it all resolves on a positive note. It’s basically a narrative to a movie, play or a book where it starts on a serious note but brings relief in the end, a positive conclusion and outlook on everything that you experience.”

Boris’ more emotionally sophisticated communication reflects his adherence to the idea that being a performing artist comes with a certain sense of responsibility.

“It’s not just [about] showing people these guys that are always happy, partying or drunk. It’s almost a transparency; here’s the story: we suffer through all these struggles, depressions and the strife of life. It’s a formula and at the end of the day it’s all positive. We’re hoping that it’s all positive and we want to bring our hope to you.

It’s super important, I say this both to younger musicians and musicians my age: we have an important job. We’re not just here to be cool and to hook up with chicks. People are listening to us. When ears are listening we have to say something that helps. We have an important job; we’re influencers, we’re peacemakers, we’re philosophers and psychologists for a lot of people. There are people that write emails or messages to me that are five paragraphs long about how this song has resonated with their life and how it’s changed their perspectives of certain ideas. It’s not coca cola, you know what I mean? We’re doing something out here that makes a difference in a lot of people’s lives. You have to take it seriously, but also take people on a journey that’s both fun as well as something that helps people learn and figure things out.” 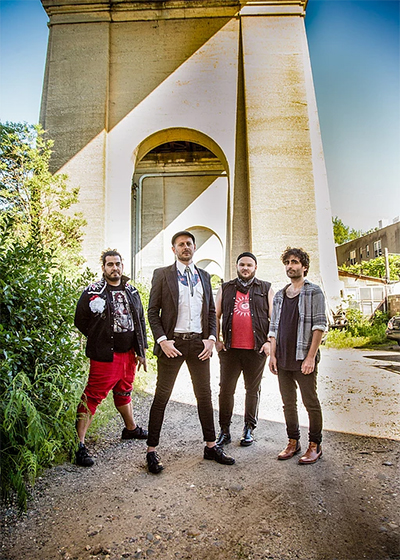 Boris’ focus obviously lies outside of what is typically considered mainstream dialogue, aiming to reach listeners and audience members in a more personal and direct way. This artistic sense and prioritization of more meaningful communication in many ways stems from Boris’ own upbringing and experience.

“It’s once again about perspective. I think growing up in the Soviet Union just offers a more extreme perspective, though there’s more extreme ones obviously. It was a mega alternative perspective to the lives we lead here in the US and that obviously gives a broader pallet to what you can present artistically because you just have a much greater scope of different lifestyles and emotional experience, of value system to draw from, I could go on for hours.

Of course, this journey influenced more than just Boris’ sense of purpose.

“It also allows you to relate to more people from different parts of the world as well as more parts of the United States, as there’s parts of this country that relate more to the Soviet Union than say New York. As far as music goes, growing up in Russia if you were in the music realm and you were fortunate enough to have an education in it like I did, we were one of the better off families in Moscow, the education was very strong and strict, and intense. It forces you to be a very good player and sets values when it comes to learning an instrument that stayed with me my whole life, as well as those people I grew up with.

“Even when I’m jumping around on stage, in the back of my head I’m still wired with that Soviet ‘smack your hand cause you’re not properly positioned on the fretboard’ kind of style. There’s a lot of ideas that are always mixing in that realm. Also, the influences of Eastern music are kind of diving into all the pop and rock that I also listened to in the United States.”

However, it’s this advent of accessible travel that Boris points to as the greatest opportunity for others to broaden their perspective as he was fortunate enough to be able to do himself.

“We say this to all our loved ones and fans though: travel. It’s the only way to understand. You can read about it, you can watch movies about it. It’s the same thing as listening to a record, you should go to a show. You have to go to a show to really experience the music and it’s the same thing with travelling: you can read about Africa or Asia but you have to go there to really understand and get that perspective. I’m fortunate in my life and career to have traveled a lot and live in different parts of the world. It’s the greatest perspective to get the full pallet of the human condition. There are experiences beyond what you get just from looking at or listening to something.

I come from a place where travelling was illegal; the soviet union had closed borders. It’s kind of interesting what develops in a place where people are so curious as to what’s happening outside. They read books, see pictures and movies from the outside, but have never been there. Then I left the Soviet Union and got to the US where my passport lets me have access to most of the world. Yet, here most people aren’t even interested in travelling and you see the contrast and dichotomies, like what the fuck is going on? Where I grew up people were dying to travel and to experience something different from the local yard and market. I go to this country where you can go anywhere and people are just sitting around hanging out on their estate not interested in anything.

“The interesting thing that’s happening in the world is that we are using a lot of social media and we are entering an era where you judge a lot things just based on what we see and hear without actually experiencing them, but we’re also entering an era where travelling is easier and more accessible than it ever was. We are living in a really plasticky world but we’re also travelling and experiencing more as well.”

Despite all the challenges that this new world is bringing, much like Boris’ music there’s a light of hope in the form of an increasingly connected, cosmopolitan and empathetic society. Hopefully we’ll have the chance to experience Hey Guy the next time they set out on their own travels.

Based in Montreal but raised across Western Europe, Andrew feels at home both everywhere and nowhere. Having picked up the piano at age four, he has since gone on to add clarinet, saxophone and guitar to his musical arsenal. As well as crafting music, Andrew spends a lot of time listening both at home and in live contexts. Rather than focusing on a particular style or calibre of artist, he is keen to explore music of any shape or size. Outside music, Andrew's passions lie in philosophical writing, visual art and sharing positivity with the world around him.
RELATED ARTICLES
featuresgogol bordello