SPILL FEATURE: THEY FOLLOWED THEIR INSTINCTS AND ENDED UP IN SIR ELTON JOHN’S DRESSING ROOM – A CONVERSATION WITH JORDAN MILLER FROM THE BEACHES 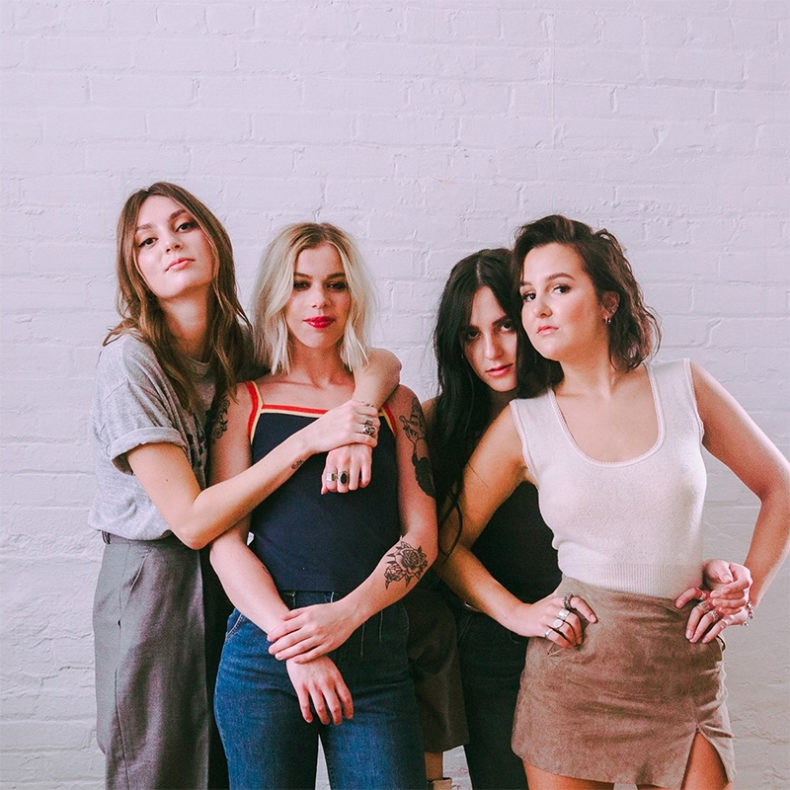 A CONVERSATION WITH JORDAN MILLER FROM THE BEACHES

The Beaches new EP, The Professional, was released on May 16, 2019. This ‘70s inspired rock’n’roll band consists of sisters Jordan (lead vocals/bass/guitar) and Kylie Miller (bass/guitar), along with Leandra Earl (keys/guitar), and Eliza Enman-McDaniel (drums). The Professional consists of five songs that really show The Beaches versatility and range.

The band brings a playful, new twist to the rock’n’roll genre, and Jordan Miller believes their unique sound has really benefited them throughout their music career, “I think the fact that we are young women and we are sort of adding a fresh new flavour to the (rock’n’roll) genre, it kind of assists us a bit, like normally it would be a negative but because it’s such a weird niche thing we are doing I think it helps us.”

Their truly original sound has launched them into a lot of early successes. The Beaches formed in 2013 and just five years later they opened up for Foo Fighters at the Rogers Centre in their hometown of Toronto. “That was an unbelievable experience,” says Miller. “Being able to play at one of the biggest venues in North America, and all of a sudden you are in a dressing room and Dave Grohl is right there – he is really lovely.”

The inspirations behind the new EP are not what you would expect, Miller discusses the bands that they listened to during the process of creating the EP, “Our producer wanted to push us so he got us to listen to stuff other than ‘70s rock’n’roll. We listened to James Brown, we listened to a lot of rap music actually, I listened to Kid Cudi to focus more on how he sings his songs.” She also mentioned that The Bangles helped to influence the song “Fascination,” and listening to Scary Monsters helped to spark “Desdemona.”

The Beaches’ newest music video was released for “Snake Tongue” in April of this year, and Miller says that filming it was “a cathartic, fun expression of our anger.” The song is about sexual harassment, in particular catcalling. The idea behind “Snake Tongue” came about when Jordan was catcalled while walking down the street, this prompted her to write about the band’s experiences with unsolicited male attention. 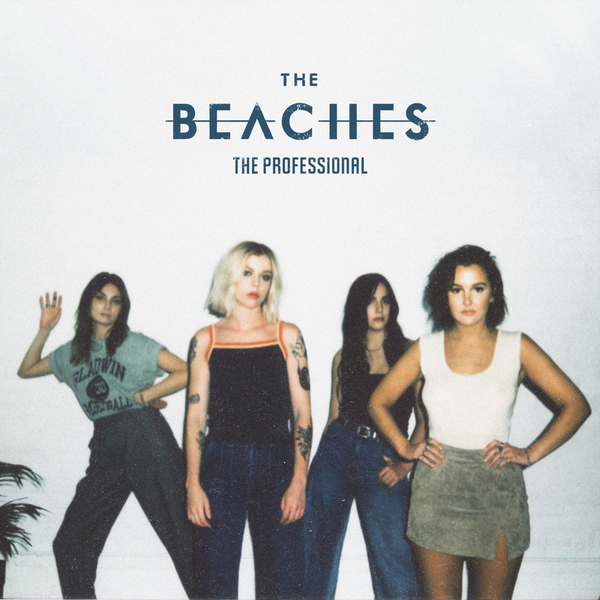 “Snake Tongue” is a clever tongue in cheek way to call out all of the men that are guilty of this behaviour. However, Miller states that the song also has an underlying message to women everywhere, “it shows that you don’t have to let (sexual harassment) define you, you can still have fun with your girlfriends and not let it hold you back.” The music video demonstrates this empowering message through women burning unsolicited dick pics, smashing perfume bottles, and Miller shouting, “Oh why would you think I’d wanna meet you?”

The Beaches have stuck together through all of the highs and lows of the music industry and stayed strong when others wanted them to change. Miller recalls that in the beginning, it was not always easy, “Our label didn’t really know what to do with us at first. They wanted to try us with more pop producers and artists, but they also put us in the other direction. I think they thought we should go harder, we tried working with some hard rock artists, so we kind of had to work on both ends in order to figure out where we sit.” This process helped the band define their sound and Miller is grateful for it, “I am glad we worked with both groups of people because I am glad we finally figured out who The Beaches was. We learned a lot from that experience.”

The pressures of the music industry are something that The Beaches know all too well. Luckily, they were able to push past anyone that was trying to steer them in an inauthentic direction and get to a point where they rely on their own instincts. This has led them to develop a devoted fan base. One fan, in particular, caught their eye: Sir Elton John can’t stop reminding the world about his new-found love for the Toronto-based quartet. He raved about the song “T-Shirt” from their 2017 album, Late Show, and the band was lucky enough to meet him in his dressing room. Miller describes that iconic moment, “You don’t really put it together in your head until it happens. You meet him in person and you’re standing in his dressing room, and he is wearing a velvet Gucci jumpsuit, and I’m like holy shit, I am standing next to a legend.”

Miller says that being in a band with three other girls can be challenging at times, “Especially when your periods line up and there are a lot of passive aggressive comments that go back and forth.” However, she also adds that she wouldn’t change a thing, “I wouldn’t want to be in a band with anybody else, and I love that we did it together and no matter what happens we’ve got each other’s backs.”

The Beaches are currently on a North American tour with Passion Pit that ends on May 25. When asked if there are any shows she is most looking forward to playing, Miller casually brings up that they will be opening up for the Rolling Stones on June 29 in Oro-Medonte, Ont., “I am really excited for that, it will be cool.”

Bianca Mazziotti has been a music addict ever since she was six-years-old and won an acoustic guitar in a contest. Her passion for music only continued to grow, and you can now find her enjoying live shows all over Toronto. She hopes to continue combining her two passions, music and writing, well into the future.
RELATED ARTICLES
elton johnfeaturessnake tongue
8.0

by Taylor Hodgkins on May 24, 2019
Elton John & Taron Egerton  Rocketman (Music From The Motion Picture)  Virgin/EMI Records Music biopics are a tricky concept; the idea of [...]
7.0