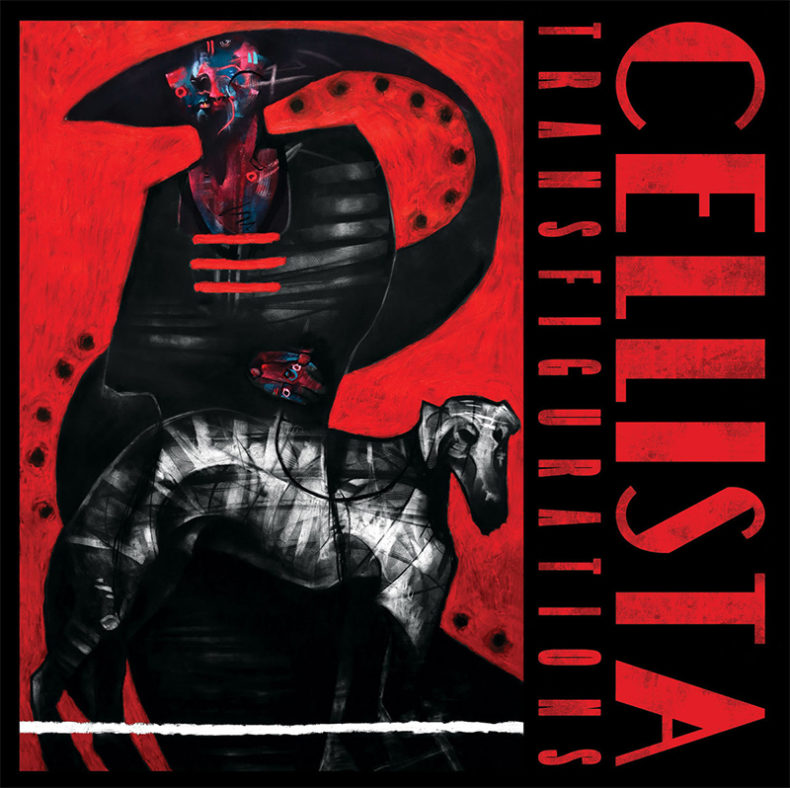 Today we are pleased to present the premiere of Transfigurations from California-based experimental artist Cellista. We should clarify that this is not a solo project – it is a very collaborative multi initiative spearheaded by Cellista herself and involving dozens of other artists. Impressive effort!

The list of associated names for this release include Pamela Z, Helen Money, Kronos Quartet, Robert Ashley, Merzbow, Rasputina, Zoe Keating – while there are some strong similarities here, Cellista is pushing the envelope further than any of them when it comes to the inclusion of other artforms in her work – whether it be music, stage performances, showmanship, the art of costumes and makeup, dance, cinematography and artwork. Cellista is a true visionary with the reality she is manifesting inclusive of all artforms and cutting across musical genres from hip hop, avant garde, opera, ambient, minimalism and alternative pop.

“In 2017, Transfigurations began growing out of an avant-garde performance art piece I wrote, composed, and directed called ‘Wants’. It was meant to be a response to Trump and the rapid gentrification of the Bay, and address the tragedy of the Ghost Ship fire. Wants became a 20-minute film that my regular filmmaker Jennifer Gigantino shot and edited. The ruptures feature sounds from the Internet Archive and there are lots of historical recordings and found sounds, most originating from the Bay area,” explains Cellista.

Transfigurations is a response to the world we inhabit. It is meant to allow us all, singularly and as a community, to see the ruptures that punctuate our place in the present – The ache of the Ghostship that points to greater ruptures interwoven like veins; the call to resist the deadening of our world by institutions and false power, and the violence of gentrification and displacement. Above all, for Cellista, it is a way of seeing and sharing an awareness of her own impact within this shared place. Choice tracks off this album include ‘Confessions’, Look Homeward, Angel’, ‘You Can’t Go Home Again’ and ‘Tzeva Adom’. 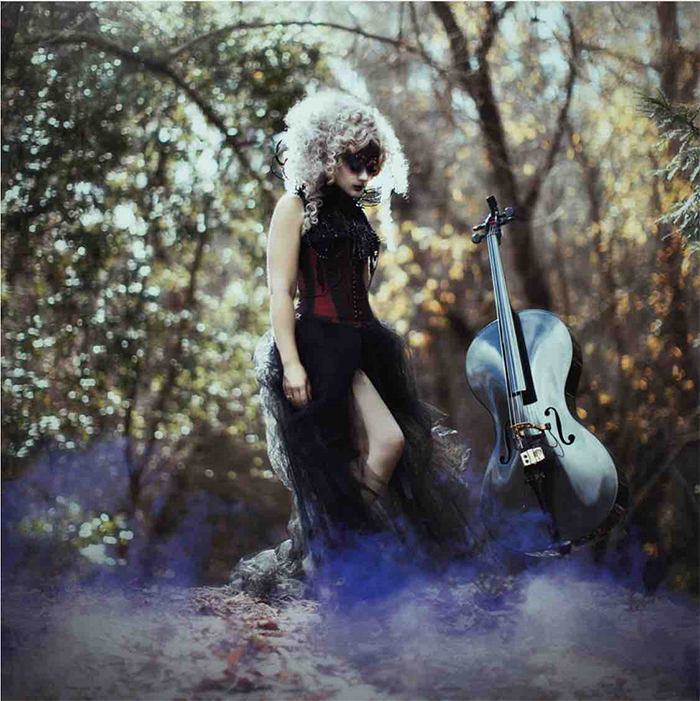 Hailing from San Jose, Cellista’s sound brims with a dissidence informed by her classical foundation and her want to tear that very foundation apart. It explores the sounds of her immediate community through sound collages and music curated to augment that community. Similarly, it explores the meeting point of musical borders and gives testimony to the fragile ecosystem of the San Francisco Bay Area that sits alongside the rest of the world in an increasingly vulgar epoch.

As an experimental cellist, performance artist and artistic director of the interdisciplinary performing arts group Juxtapositions, Cellista is known for her collaborations with artists across various media, as well as her self-produced stage poems (live performances staged in unconventional spaces that incorporate elements of music, theater, improvisation and visual art across a range of genres including pop, hip-hop, classical and more).

Cellista’s debut 2016 full-length album ‘Finding San Jose’ was engineered by Maryam Qudus (Doe Eye). The album and its subsequent release as the soundtrack for an interdisciplinary ballet directed and produced by Cellista received favorable reviews.

Also check out this impressive video for ‘Look Homeward, Angel’: