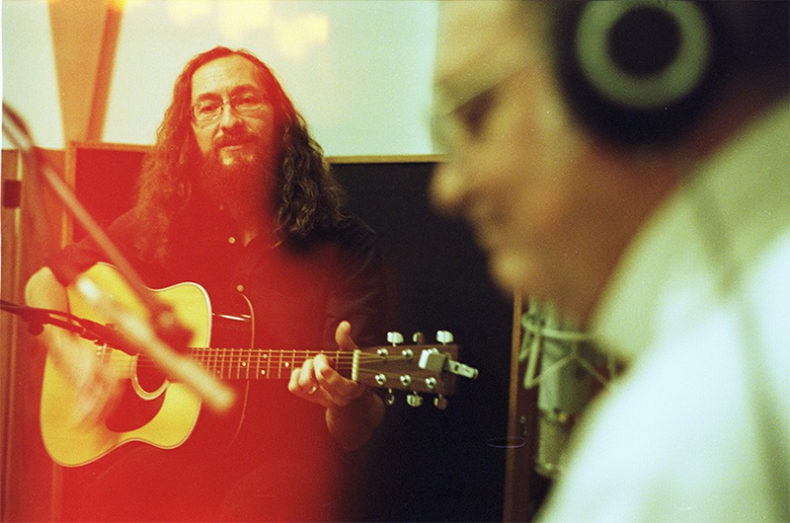 AN INTERVIEW WITH CHRIS SCHLARB

‘How people find out about music, that has always fascinated me. People read an interview, whatever. And they discover a song or artist. I never made music with the intention of selling a million. For me, someone finding my music is success. I made it . . . for me,’ says Chris Schlarb during our recent conversation.

Chris Schlarb is no stranger to running record labels, the music business, and music in general. Schlarb has been playing professionally since 1998. He has been making his own records since 2007 (the brilliant Twilight & Ghost Stories was his debut album) and has continued, either on his own or with his bands I Heart Lung or Create(!), or with music he produced or played on for others. He is a virtuoso musician, a brilliant composer, and one of the best music producers today. He is also one of the hardest-working musicians (simply Google his discography). And it is not really work, as he loves music so much.

He has also had a label before, Sounds Are Active, which allows Schlarb to ‘avoid the pitfalls from the first time around.’ 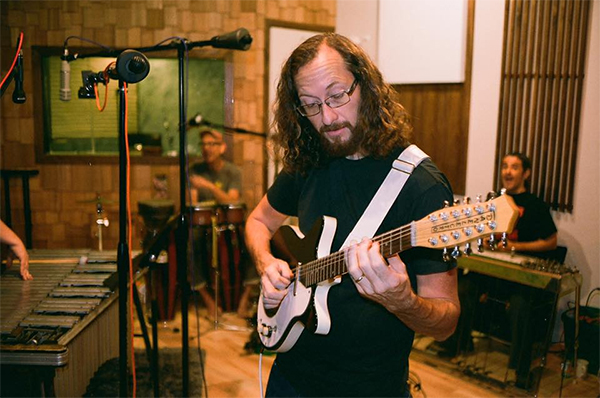 ‘Music is an obsession. I don’t have many hobbies; music and my family are my whole world. I am 40 and I strip out things in my life and I socialize with musicians. I spend time with people I care about and who are talented. I was a truck driver for 12 years. I would write music all day and come home and record it.’

It is clear that his loves are his wife, his kids, and music. So it was no surprise to me that he started up a label, Big Ego Records, that has just released its first two albums on January 12, 2018. The first releases are Philip Glenn’s Outsider and Leeann Skoda’s Call Me Back Home. But this is not your standard record label.

‘My wife and I had a recording studio, which was our sole source of income. Starting a label was the logical next step,’ says Schlarb. ‘We are only issuing records I produce. I have to like the artist and the music. We will release four albums a year, two in January and two in July. It gives music lovers a few months between releases to listen to the albums. The records are offered on a yearly subscription. No other label is doing this. It is forming a community of players. People play on each other’s records. Philip Glenn plays on Leeann Skoda’s album. We are going to release all genres, and if we do it right, we will have people looking at the credits and saying, ‘Holy shit, this guy plays bass on a jazz album, pop album, and a kid’s album.’ I am working hard to cultivate a community of musicians.’

‘Big Ego comes from me being a total music freak, people around me who love music and are good at it. These records are precious to me, and if they were scattered in the digital atmosphere I would be heartbroken. If it goes out only digital, the album does not get the attention it deserves. So Big Ego records are made on vinyl. Vinyl is the only format I care about. The albums are designed with a template for the back cover, it is clean, session musicians are noted, session photos and liner notes. It lets the listener know what they are getting into when they buy this album.’ 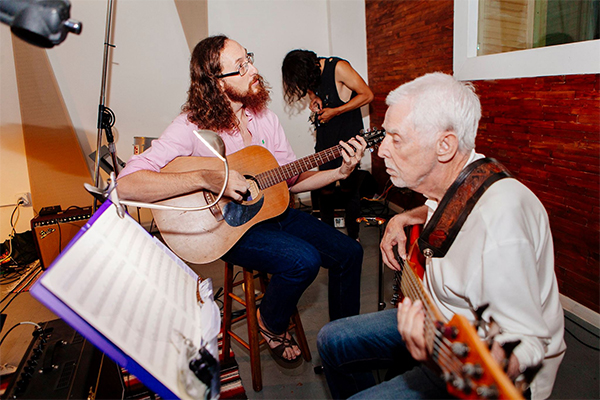 Big Ego is an interesting name for a label, especially when it comes from Chris Schlarb, who is not only a talented musical genius but one hell of a nice guy. Our conversation took many turns, and quite frankly I could have talked with him for hours. His knowledge of music is encyclopedic and he is not shy to share an opinion. It was this knowledge of music that helped him in coming up with a name for the label.

‘I was reading a book about Laurel Canyon and musicians in Los Angeles and it spoke about Crosby, Stills & Nash when they signed to Atlantic records. Now they were fans of The Band’s Music From Big Pink. In the book it points out that Stills and Crosby could act like assholes,’ remembers Chris Schlarb. ‘So these Atlantic executives come by the studio and one says to the other, maybe they could call the album Music From Big Ego, which I thought was funny. Big Ego is funny and yet bold, so the label is Big Ego. That is why our website is Music From Big Ego (musicfrombigego.com). It is a great name, like Blue Note, or Sun, or all the great labels.”

For Chris Schlarb, it all comes back to music.

‘Basically, I am a diehard music fan of classic labels, like Smithsonian Folkways. One label could release Haitian Voodoo music, then a children’s album, no boundary and no borders. This is what I am hoping for Big Ego Records.’

With the release of the first two albums he is well on his way for achieving his dream. And the next two records are recorded and ready to go for July.

‘We finished Phil’s album, and then I made an album with Dave Easley. I heard him play the band Brian Blade Fellowship, an album produced by Daniel Lanois. It was pedal steel and jazz. Brilliant. So that album is ready to go and so is one by David Lord. I am trying to do two albums of vocals and two instrumentals a year. Phil and Leeann and I did an acoustic album in Columbus of all acoustic Psychic Temple songs. We recorded it on two-inch tape, and I have not heard it since I recorded it because I don’t have a player in my studio. I am excited to hear that and that will come out at some point.” 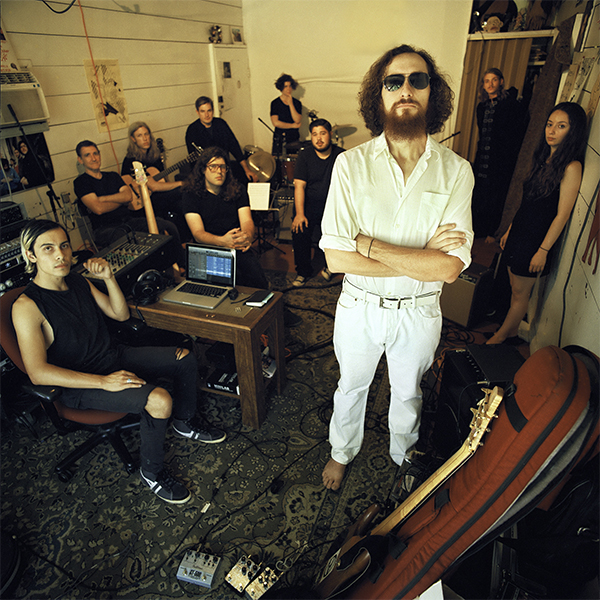 There is a lot to keep Schlarb busy, which seems to be a constant state for him. He just has a great deal of energy. In fact, when we were talking he was on his phone while going for a walk. We talked for over an hour. I am sure he went home, had dinner, and recorded some songs.

Schlarb loves music, it is as simple as that. And he wants to gain exposure for music he loves and at the same time provide music lovers with viable alternatives. He does not like mailing out the records (‘I let Joyful Noise take them to the post office, I hate going to the post office’). The music he is recording and putting out is some of the finest you are going to find. He has a great ear, and the talent to put together strong, listenable and engaging albums, whether it is his own or another artist’s.

His love of music is clear and his respect and love for his friends and other artists is crystal clear.

‘I remember Mike Watt playing on one of the Psychic Temple albums, and he is leaving and I am trying to give him his cheque. And he just looks at me and says, ‘Brother Chris, payment is not always in the coin.’’

True words, and Watt could not have found a more appropriate person to pass on those words.

Big Ego Records subscriptions are available at http://musicfrombigego.com/records/. Don’t worry, this is not the old Columbia House subscription. Here the music you get you will not only love but you will treasure. Now, about that new Psychic Temple album, Chris . . .

Born and raised in Whitby, Aaron discovered music through his love of The Beatles. This led to a career in radio, writing for various publications, and ultimately a radio show about The Beatles (Beatles Universe), which ran for over four years. When not immersed in music, Aaron enjoys spending time with the loves of his life -- his wife Andrea, and daughters Emily and Linda (all of whom have an intense love of music too).
RELATED ARTICLES
big ego recordschris schlarbfeatures
9.0