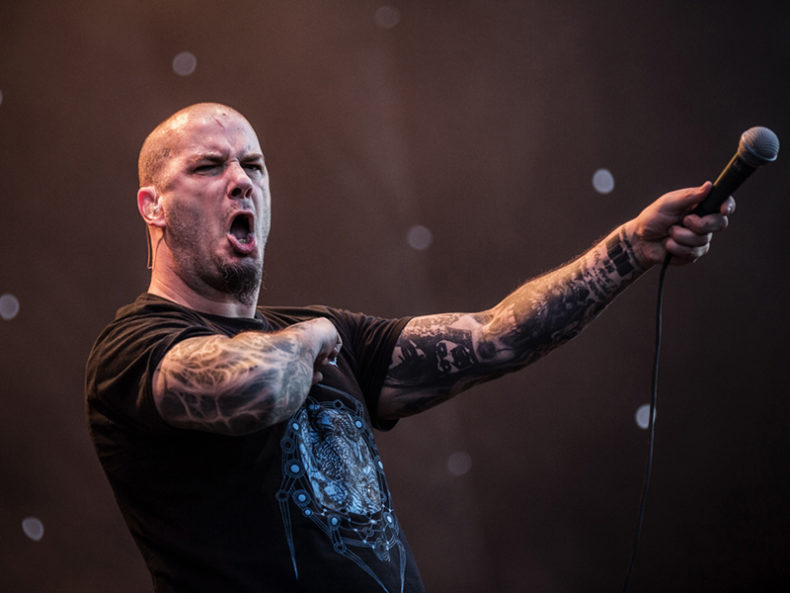 CONFRONTING RACISM, PANTERA AND THE ILLEGALS

A CONVERSATION WITH PHILIP H. ANSELMO

Kind, well-spoken, genuine, and misunderstood. These are the words I would use to describe Philip H. Anselmo after speaking to the metal icon for over two hours. While most known as the lead vocalist for Pantera, Anselmo is perhaps the busiest musician in modern metal music, having released four records with three different bands over the last two years. Not one to sit still — ‘easy like a Sunday morning, but busy as a beaver,’ as he puts it — Anselmo is currently gearing up for his first release of 2018: Choosing Mental Illness As A Virtue, his follow-up to his 2013 debut with The Illegals. As one of his newest projects, Philip H. Anselmo & The Illegals seamlessly bridges vintage death metal with modern elements for a sophomoric record that is nothing short of explosive. While only scheduled for a 25-minute interview, Anselmo and I continued to talk following his other scheduled interviews, discussing everything from music — ranging from Pantera to The Illegals — to his general sage-like outlook on life.

Starting with The Illegals, Anselmo laughs when I congratulate him about the new record, ‘I appreciate it man, it’s just old to me.’ Recorded in 2014, just a year after the release of Walk Through Exits Only, Anselmo comments that Choosing Mental Illness As A Virtue is now being released as ‘I was caught up with Superjoint and other projects . . . When I get down time, I’m not going to be stagnant; if there’s something — and there’s always something brewing — in the background or another band to move onto, it’s gotta happen, man.’ Sonically, the album is incredibly heavy, and while Anselmo says he tried to stray away from his work with Pantera on this project, there is a strong groove metal influence underneath the scorching exterior of pure death metal from the past decade. Anselmo cites ‘romanticising a romantic period when I was romanticising the first two Morbid Angel records, which is a two-decade journey. I would say early Morbid Angel and mainly Australian death metal, especially Portal. There’s an oddness to their style and I guess this is me taking past influences and expressions of music that I adore and meshing it with modernity and younger generations that inspire me.’ Perhaps what is most exciting about Choosing Mental Illness As A Virtue (and Anselmo’s current stage of his career) is his outlook on the industry and how in such a saturated market, you not only have to rise above expectations but also must stand out, ‘Some artists think it’s too much to continue to push the envelope, but I say push. You have to try. At this stage, I don’t need to impress anybody. I write songs for me and go in whatever direction I want.’ He concludes this idea quite powerfully, stating, ‘I don’t care to fit in any box. Be absurd.’ 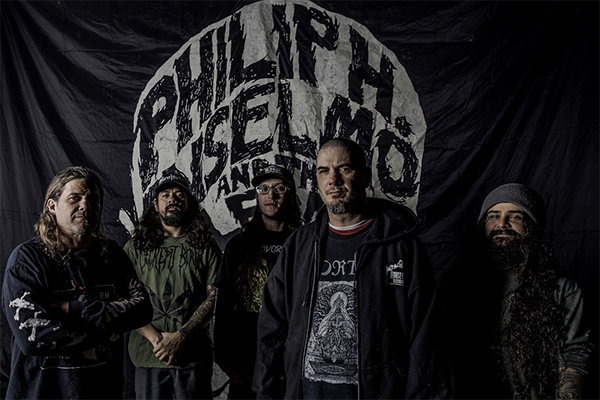 Lyrically, Choosing Mental Illness As A Virtue is among some of the most introspective and personal content Anselmo has written. While subtly touching upon beliefs and ideas from Anselmo, from his dislike of guns to the importance of protecting the freedom of speech, the album itself is an outlet in which Anselmo can express himself through his own mental illness. He further explains, ‘This whole record is a big self-examination of what and how I click and think the way I do . . . Mental Illness — speaking only for myself — what you’re hearing is every bit of frantic expression.’ He then goes on to explain the choice of the record’s title, ‘I feel very fortunate that I can take this black cloud that I can apply both lyrically and musically; I’m very thankful that I have that outlet . . . It’s a rough ride, but such is the fuckin’ way of the beast of a subject . . . For anyone who doesn’t have an outlet like that, they’re looking to put their anger into something . . . I wish I could pat them on the shoulder, and say, ‘There is a place and it can be a productive place instead of a negative place.’’

When looking at Pantera, I compared Pantera’s contribution to metal to that of Black Sabbath and Metallica: two bands who defined, embodied, and set the tone for metal music for their respective decades while crossing over into massive mainstream appeal and success. I was immediately caught off-guard by how humbled and surprised Anselmo was to hear that as he struggles to find the words to respond. ‘To even be mentioned alongside of those other bands . . . It doesn’t register for me . . . To be in Pantera — these words that I say are not hollow or rhetoric — to this fuckin’ day, I have never been surrounded by such talented — pure, pure, pure talented — musicians in my life than when I was in Pantera. Their level of skill was astonishing. It was so goddamned nuanced and stunning, really. To be in the same room as that, for how young they were as well, it’s a rarity.’ When explaining the further impact of Pantera, Anselmo goes on, saying, ‘We really had zero idea of how big we’d get . . . All I know is that Pantera fans have been nothing but the greatest people to meet and to have had the experience with. Meeting a 13-year-old Pantera fan is stunning to me. I’m pushing 50, I’m a rock-song-writing, crazy old dude whose feet — I just wanna be known as the guy with his feet on the ground. I’m such a fan of that band too, so man, all these accolades, for me, they’re really tough to come to actual grips with . . . I view everyone as individuals with unique experiences to themselves. I can’t put myself above anyone else just ‘cause I’ve written some songs. All I’ve done is write songs; the fan that loves my songs, I love that fan. The band does not choose the fan. The fan chooses the fuckin’ band.’ 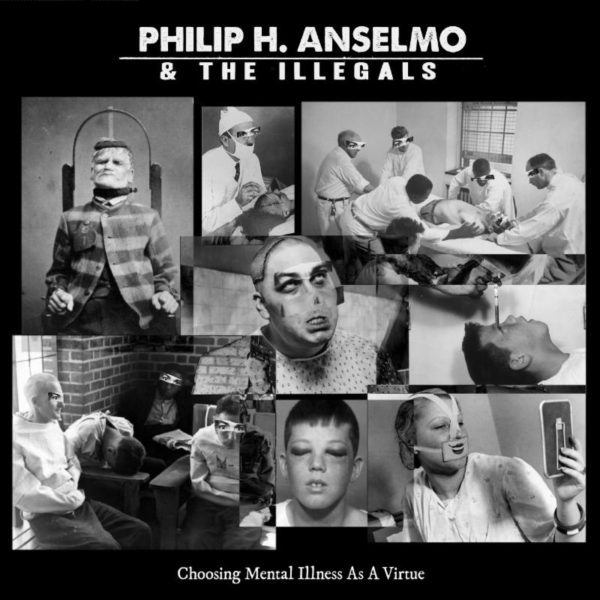 As we neared the end of our conversation, I had a sense of confidence in Anselmo’s character and moral compass and felt it was unnecessary to question him about his alleged racism. Despite this, Anselmo encouraged this discussion. Immediately, he tells me, ‘Being born and raised in New Orleans, Louisiana in the most eclectic and diversified environment where not only did I have black authority figures, black teachers who helped mold my life, black friends and city officials and police officers, our generation was raised knowing that racism was wrong. It was like an absolute rule. Racism is ridiculous and it is not to be tolerated. My life has been enriched by cultures all over the world. Only a fool would judge a person by only their exterior . . . All I can do is take one person at a time, each with their own set of views and life experiences.’ He goes on to say, ‘Believe what you wanna believe, live how you wanna live, but how I choose to live is open-minded and by taking each step with love and I don’t think far-right about anything. Jesus, I’m a song writer, an observer; I’m no moral authority. I haven’t even thrown a meaningful punch in twenty years.’

Anselmo spoke to me with great weight and a strong sense of conviction. Whether it be about social issues or artistry, he is very well-spoken and not only seems well-read, but seems like a person in a state of constant growth. He’s a songwriter and vocalist behind one of metal’s greatest bands but prefers the small joys in life: companionship, a wide range of music (from Stevie Wonder to Australian death metal), and kindness among strangers. From the very beginning of our chat, through his grizzly Louisiana drawl, I sensed his kindness and reflective nature, only for my gut reaction to be validated through our conversation. At a rather poignant moment in our discussion after digging deep into societal and cultural issues, Anselmo chuckles and tells me, ‘One day, someone can etch it on my tombstone: Here lies the dude nobody ever really, really knew, or cared to ask.’

A passion for music has always been a part of Gerrod’s life. As a young boy, he was raised on a steady diet of the music from The Chili Peppers, Aerosmith, The Stones, Prince, and others from his mum. Raised in the GTA, Gerrod continued to foster his love for music by attending a wide range of concerts and learning the drums. His unapologetic passion for music has no bounds and has spread to a wide variety of styles, whether it be the 90’s rock that sound tracked his teenage years, the jazz he studied in university, or his newfound love for hip-hop. He recently received his bachelors in music and education from York University and is passionate about writing and reviewing good (and less than good) music. Gerrod is also the drummer and songwriter for a Toronto based rock & roll band, One In The Chamber.
RELATED ARTICLES
album reviewsbill & philbill moseley
8.0