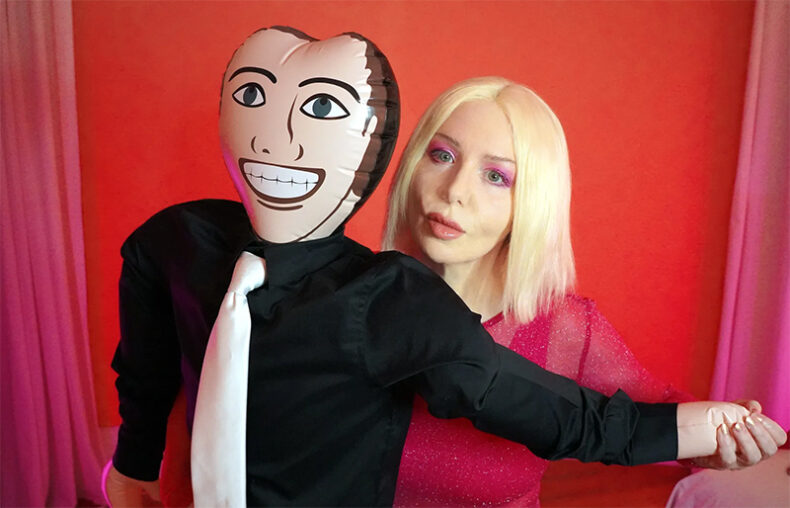 MR. STRANGE, WE’VE GOT A THING

Jenn Vix is an artist that has covered quite a number of genres in her music, and possibly she just might be a fan of The Grateful Dead too. Yet, whether that is the case or not, one of the lyric quotes from the seminal band might apply to Vix, her life story, and her music so far – “what a long, strange trip it’s been.”

Vix ventured into music at quite a young age, back in 1984 in a band called Disco Donut. From there on she collaborated with quite a number of artists, from the big names like Adam Horovitz of The Beastie Boys to those that were up and coming but definitely tickled her fancy. But it was not all peaches and cream for her, as she was homeless on the streets of New York City in her teenage years, from 13 to 17. Yet, instead of that bringing her down and pushing her off tracks, Vix only grew stronger.

Speaking about how that life experience influenced her music, Vix explains,

“It didn’t influence me as much as put me into places where I met and talked with many of the musicians I admired at the time; and still do. Being out on the streets of NYC was brutal during winter, so I would go to nightclubs at night, to try to meet friends, and to stay warm. I would oftentimes get ready to out for the night in a public restroom. I occasionally stayed at friend’s apartment, but most times I slept in stairwells of open buildings, or in buildings where I had made friends with the concierge at the front desk.”

Eventually, she got worn down by that experience and ended up moving to Rhode Island with her boyfriend at the time to live with her grandmother. It was also a harrowing experience for her, as someone threatened her life at the time, and she was afraid to move elsewhere by herself.

During that period, Vix had a chance to play with quite a number of renowned musicians, like Reeves Gabrels (David Bowie, Tin Machine, The Cure) Andy Anderson (Iggy Pop, The Cure) and John Ashton (The Psychedelic Furs).

Talking about those collaborations, Vix explains, “They were wonderful, unforgettable experiences, and the level of professionalism and ease of recording with them made it even better! It’s strange and ironic how for years I struggled to find local people to collaborate and record with, and then these legends were just so chill and down to record with me; and John Ashton played live with me on video, at a radio station, as well! I was already influenced by these amazing musicians before I got to work with them, so working with them was a dream come true! I also want to say that one leads to another. Once you record with one legendary musician, it opens doors for you to work with others.” 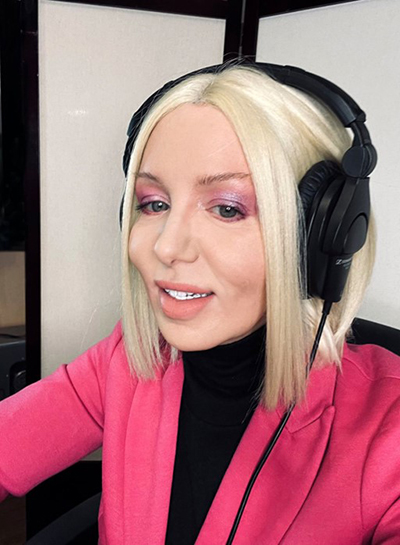 Yet, as far as her collaborations are concerned, Vix doesn’t take anything for granted. “I treat all musicians I work with, with respect and kindness. Just because someone is incredibly famous, does not mean I will treat them differently than someone who isn’t. I am just as open to collaborating with people who are not famous, as I am the famous musicians. I’ve recently worked with a beatmaker who is not yet famous, but he’s absolutely brilliant, so even when I was seeking out local people to play with in the past, it was all about the talent, and the music.”

Still, when creating and recording her music, Vix often relies mostly on herself. “I play drums, electronic drums, bass guitar, lead guitar, synths, I sing, produce, and record. The two instruments I use most to write are synths and drums. I used to write more on bass, but that has changed. I’ve been drumming since age 3, and singing professionally since age 17/18.”

“I never made it to high school, due to my messed up young life situation. I wanted to attend Music & Arts High School in NYC, and then apply to Julliard. When that could not happen, I joined bands as a singer, and I taught myself bass guitar at age 18.”

In her music Vix combines quite a few genres, blending them easily into her songs. “I’ve been a fan of R&B, funk, soul, and rap music since I was a kid, so being able to work even partially in these genres; to include them in my music, makes me very happy! I listen to many different genres of music, even including old outlaw country, like Dolly Parton and Merle Haggard, as well as the fabulous Lee Hazlewood. I just love good songs! I also like classic metal, some prog rock, new wave, no wave, post-punk, string quartets, and pop, and it just goes on and on.”

“Mr. Strange,” her latest single, and its companion video have raised a few eyebrows, being labelled as “feminist.” Vix is not so enamoured with that tag.

“If thinking that all women; trans women, and those who identify as women, should be treated as equals to cis males in this world, then please, by all means, call me a “feminist.” I just want everyone to be equal. I don’t understand why it has to be so difficult!”

“Of course, I’m upset that the bar for women is astronomically high, and the bar for men is basically a half inch off of the ground, but I was kind of taking the piss in this music video. It’s not entirely serious; it’s supposed to be a little humorous. Is it weird when a man has sex with a real doll instead of another person?” “I’m not trying to kink shame anyone here, I’m just being cheeky while showing the hypocrisy of our society.”

And currently Vix’ plans seem to be tied to more singles. “I’m currently working on a cover track that I’ve loved since I was 14 years of age, I have the Feeney Vix, self-titled EP dropping in late January or early February of 2023; we are a post-punk duo, out of Boston, MA, (I’m on drums and backing vocals, and Feeney is on guitar and lead vocals) and there will be other things on the way soon as well.” “I like releasing singles at the moment, but again, that could change, depending on how the singles perform.”

Whatever the case is, we can surely expect some more intriguing music from Jenn Vix.

Formerly a lot of things, including a journalist and a translator, currently a freelance writer living in The Netherlands.
RELATED ARTICLES
featuresfeeney vixjenn vix