Features
1127
previous article
SPILL TRACK OF THE DAY: ASTRAL CLOUD ASHES - "GRATEFUL FOR THE GHOST IN OUR HOUSE"
next article
THE SCENE UNSEEN BY JAMES STEFANUK: JANUARY 24, 2017 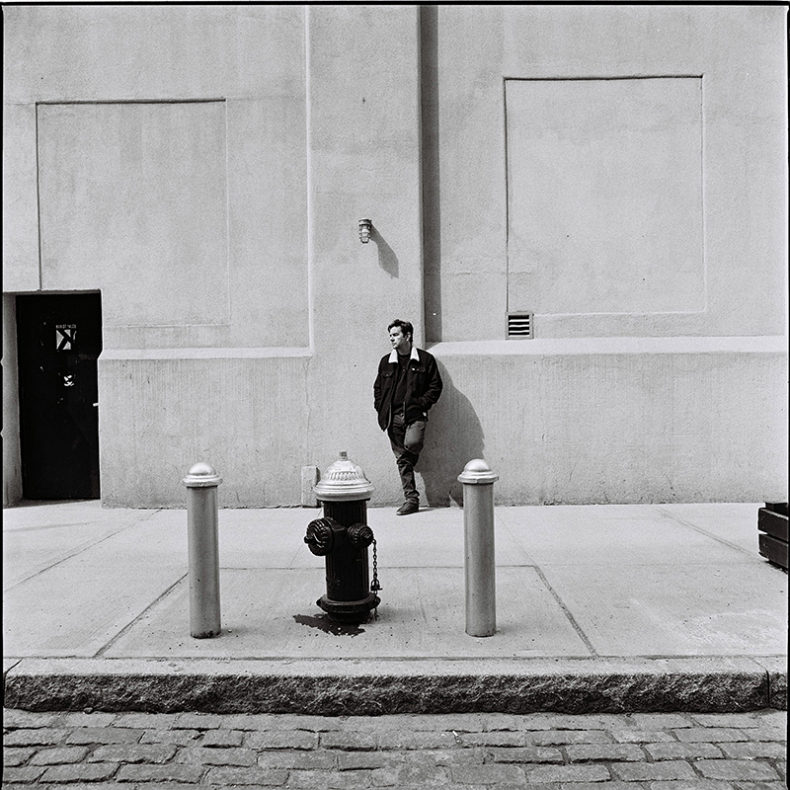 THE GODFATHER OF FRENCH TECHNO

AN INTERVIEW WITH LAURENT GARNIER

Laurent Garnier, the “Godfather of French Techno”, received La Légion D’Honneur (French Legion of Honour), France’s highest order for military and civil merits, for his services to music. “To be recognized as an artist, after all the controversy [of electronic music in France] a few years ago is great,” Garnier says. “But I am part of a collective history.” Garnier is synonymous with passion in the DJ world. His epic sets take his entranced crowds on deep, sonic journeys.

This high French honour comes after Garnier’s thirty years of DJing, producing, and composing film scores. Garnier has also written a book, Electrochoc, with David Brun-Lambert (Rocket88 Publishers), and it is a must read on the history of electronic music since 1987 via Garnier’s career. He has also penned a screenplay that’s supposed to begin filming in May, if all falls into place. 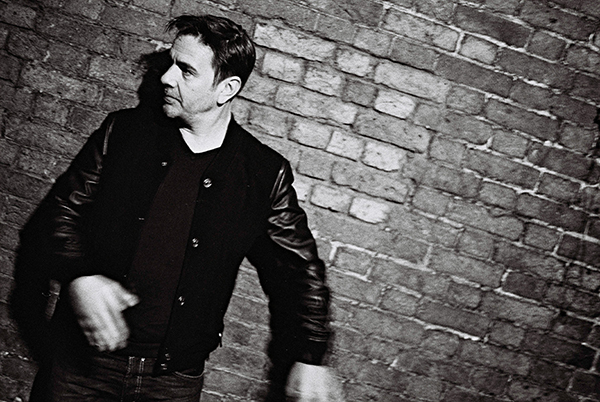 Garnier fell in love with disco and “black music” when he was 10 years old. “At the time, in France, there were only 3 television channels. There was a very crazy, decadent news presenter who would interview politicians and musicians, like Iggy Pop, David Bowie,” Garnier explains. “That is where I first learned of disco.” From then, Garnier would set up his bedroom with strobe lights and invite neighbours to come over for a dance party.

“I was always very attracted to loud music yet I didn’t know what I wanted to do. But I liked how people could physically respond to music,” Garnier says. He started attending Parisian gay nightclubs with his older brother and was hooked.

Garnier made mixed tapes since his youth from all genres: Hip-hop, disco, funk, and later, house music. He slipped one of his mixed tapes to a contact at Hacienda, a Manchester club, and they hired him on to play a new format night on Wednesdays. “It was a night called Zumba, so Spanish-themed,” he explains. “They had a very short cabaret or comedy act in the middle of the night. That’s where I got the name DJ Pedro. Mike Pickerington, another DJ, was renamed DJ Miguel for the night. I just used that name for one year. When I returned to France I was always Laurent Garnier.” 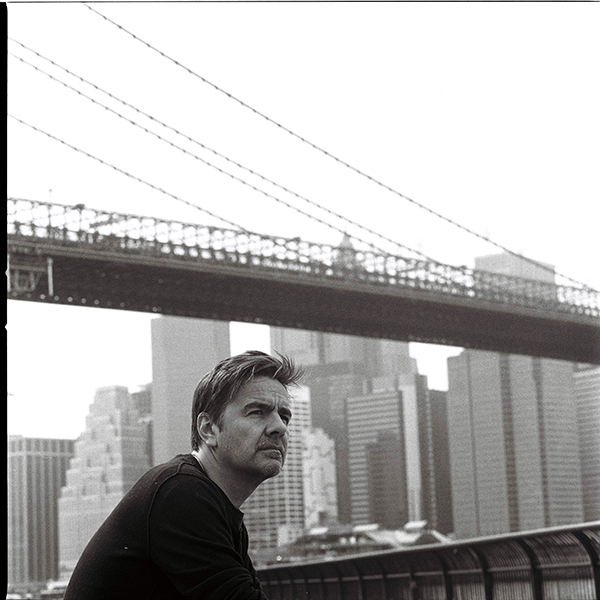 When Garnier returned to his native country, he was the first DJ to spin house and electronic music there. “At that time, no DJs in France were playing electronic music, and when you are playing a club as a DJ, you’d play the entire night from 11 pm to 6 am.” This is where Garnier’s signature journey-sets emerged. “At that time, there was also a shortage of new house records. We’d get maybe 5 to 6 new
records a month. So a set would usually include hip hop, funk, disco and rock.” Garnier’s first house track that he ever dropped: Farley Jackmaster Funk’s “Love Can’t Turn Around“.

Garnier’s world-renowned techno cut, “Crispy Bacon” (1997), is representative of Garnier’s offbeat humour found in his track names and aliases, such as DJ Choice (for his featured production with Shaz, FCOM), and DJ Alaska. “DJ Alaska is a funny story,” he laughs. “It was a very cold winter and we were smoking a lot and were calling everything and everyone ‘Moose’. Where are moose from? Alaska, OK.”

Garnier returns to Canada – a.k.a. moose country – after a 3-year hiatus. He is very excited. “I love playing Canada and will be playing Montreal (Igloofest) as well as Toronto, then I go to New York.” Garnier headlines CODA Nightclub in Toronto on January 26, 2017, and tickets are selling fast. He is playing an extended set. 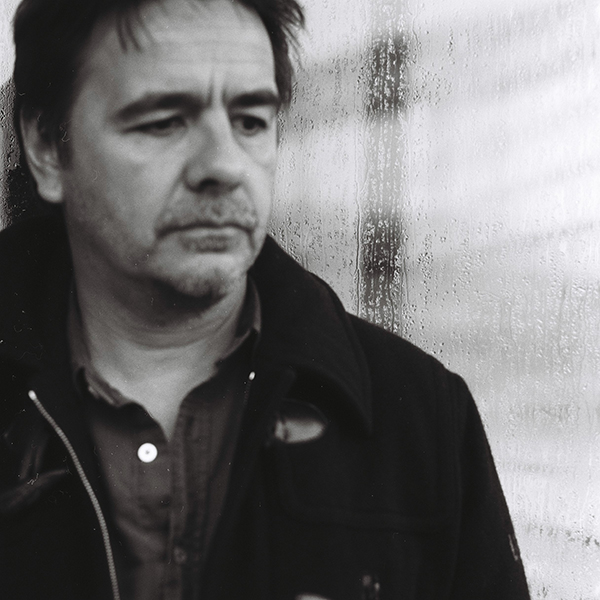 “I don’t prepare a set in advance, it’s all improvised,” Garnier explains. “I’ll take my USBs with 900 tracks and listen to all the tracks the week leading up to the gig. I like to know my music and I hate repeating myself.” Garnier also confesses he is not a gear freak, but enjoys using Pioneer mixers. “I understand the revival for vinyl, but I am okay with playing digital tracks,” he continues. “I have found a style that works for me.” Garnier has such wide international appeal that his style obviously works for his fans as well.

“For me, DJing is a relationship with your crowd. It is about feeling the crowd and creating magic,” says Garmier. “I am always looking for a deeper relationship. Music has a power that drives and talks to you.”

Talia Wooldridge is an avid music lover, composer and ethnomusicologist who contributes artist interviews, live concerts, festivals and album reviews for Spill Magazine. She has written extensively on the intersection of music, personal identity and cultural symbolism with an early focus on Latin American Hip Hop and female Cuban rappers. In her spare time, Talia writes, composes music and manages Music Can Heal, a non-profit that brings live, award-winning musicians to inspire healing in hospitals, hospices and communities in need. Her next project is an interactive music-travelogue exploring music cultures and music travel around the globe. Follow her here: www.taliawooldridge.com + www.movetoyourownbeat.com.
RELATED ARTICLES
codafeatureslaurent garnier

by Talia Wooldridge on May 12, 2017
HEAVY BASS LICKS AND CRISP PERCUSSION A CONVERSATION WITH ENZO SIRAGUSA When a DJ is inspired by every party he attends – be it break beat to classic house [...]

by Talia Wooldridge on April 13, 2017
GET PHYSICAL AN INTERVIEW WITH JOHN ACQUAVIVA After an old-school banger rave-style set at SXM Festival, John Acquaviva will play his debut CODA nightclub set on Saturday, April [...]