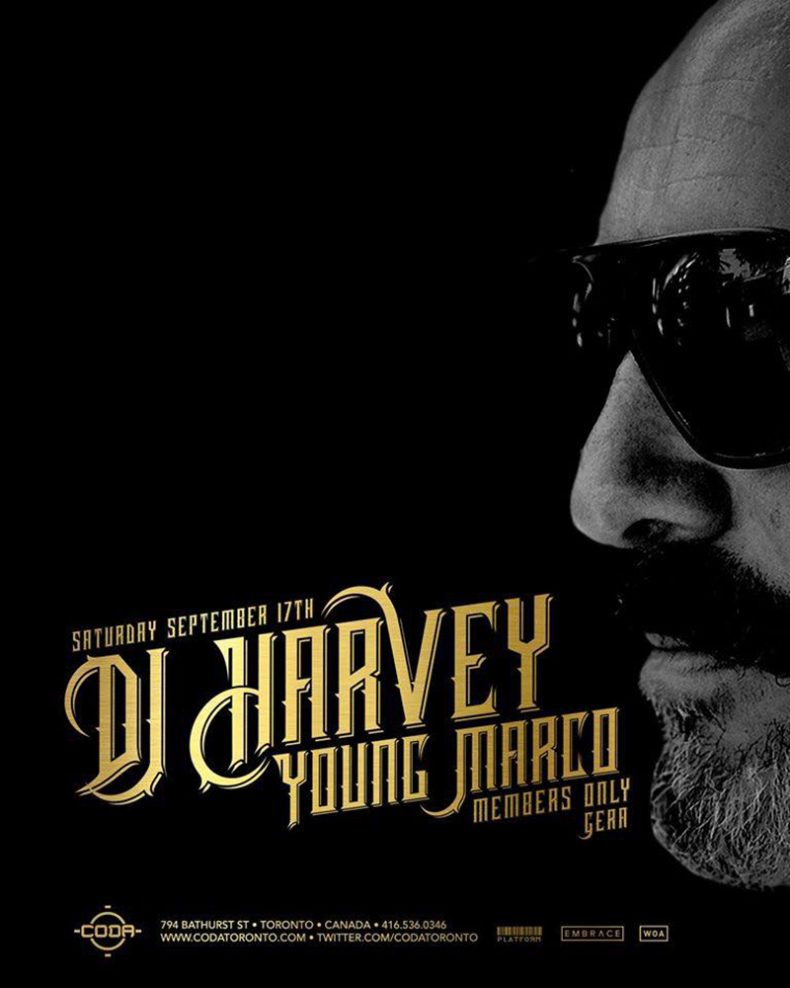 DJ Harvey, nicknamed “The Keith Richards of Dance Music” and “One of 25 DJs that rule the earth” by Rolling Stone, brought his blend of trippy Disco to command the decks alongside Young Marco at Coda nightclub on September 17, 2016. Toronto DJs Members Only and Gera were the supporting acts.

DJ Harvey blew the lid off of Coda, Toronto’s techno club regularly known for world-renowned DJs such as Green Velvet and Nicole Moudaber. Quoted as saying “you can’t understand my music ‘til you’ve had group sex on ecstasy,” this handle-bar-mustached legend is not the standard fare for Coda regulars. Yet he successfully converted more googly-eyed fans, who were stunned into submission by the end of his epic ‘too-short,’ two-hour set that left the crowd begging for more. 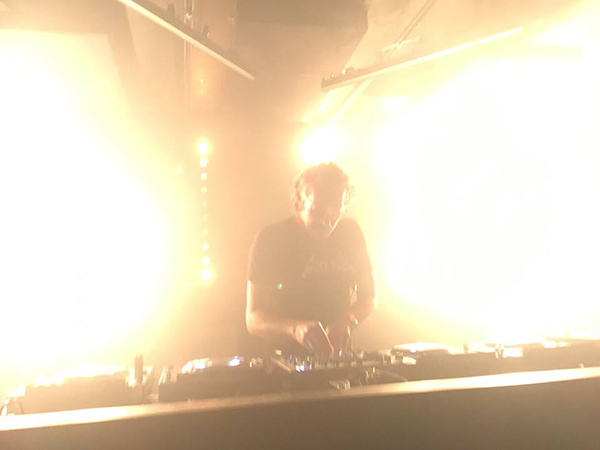 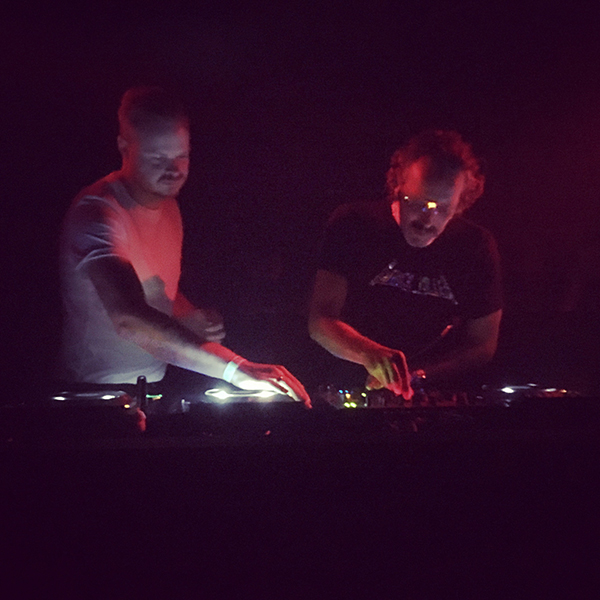 Trying to contain DJ Harvey’s sound, which has been described as House, Techno and Classics, is near impossible given his roots in “re-edits,” originally for his now-defunct Black Cock label, and decades-long pioneering residency at London’s iconic Ministry of Sound Nightclub. Harvey’s versatility as a DJ started at Ministry of Sound, where he would spin breakout Techno tracks on Friday followed by the latest House cuts on Saturday nights with his own unique re-edit flavour. Throw into the mix DJ Harvey’s co-founder status in the legendary Tonka Sound System collective warehouse parties, and his roots drumming for Punk bands (he started DJing in the late 1980s), and you start to understand what inspires his eclectic and genius rebel sets. When not surfing or riding vintage motorcycles, DJ Harvey plays all instruments on his Wildest Dreams band project (Smalltown Supersound label), as well as a Rock ‘n’ Roll album, Map Of Africa (2005) and singing on Locussolus. The next time DJ Harvey is in town, go. No excuses.

Talia Wooldridge is an avid music lover, composer and ethnomusicologist who contributes artist interviews, live concerts, festivals and album reviews for Spill Magazine. She has written extensively on the intersection of music, personal identity and cultural symbolism with an early focus on Latin American Hip Hop and female Cuban rappers. In her spare time, Talia writes, composes music and manages Music Can Heal, a non-profit that brings live, award-winning musicians to inspire healing in hospitals, hospices and communities in need. Her next project is an interactive music-travelogue exploring music cultures and music travel around the globe. Follow her here: www.taliawooldridge.com + www.movetoyourownbeat.com.
RELATED ARTICLES
codalive reviewresident advisor

by Talia Wooldridge on October 13, 2017
FINDING PEACE WITHIN MYSELF THROUGH MUSIC A CONVERSATION WITH MISS MELERA & BRIAN CID On Friday, October 13, the lucky fans of house music are in for an early Halloween treat. The lovely Miss Melera, who’s a Toronto favourite from Amsterdam [...]

by Talia Wooldridge on May 12, 2017
HEAVY BASS LICKS AND CRISP PERCUSSION A CONVERSATION WITH ENZO SIRAGUSA When a DJ is inspired by every party he attends – be it break beat to classic house to drum and bass – what does he do?  For Enzo Siragusa, London DJ and Producer, he [...]