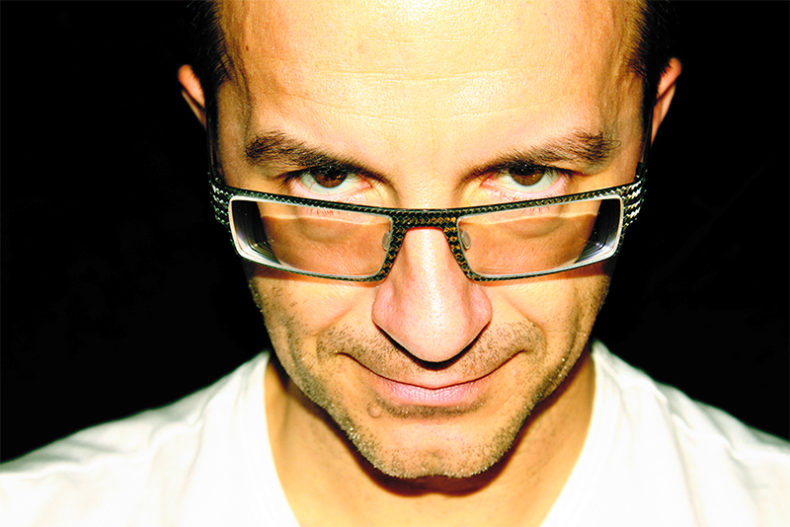 AN INTERVIEW WITH JOHN ACQUAVIVA

After an old-school banger rave-style set at SXM Festival, John Acquaviva will play his debut CODA nightclub set on Saturday, April 15, 2017. Opening support by local popular underground DJs LeeLee Mishi (Suma, OM Festival, Light), Ali Black (CR2 underground) and Jonathan Coe (All Day All Night) promises a grooving night with a fresh new line-up for CODA. Friends and media will be coming on the heels of a private screening of Acquaviva’s film, The Red Man, earlier that afternoon.

Acquaviva, a veteran DJ from London, Ontario, says his focus and theme with DJing “is always to get into the room and play good tunes. I just wing it. I like to start by playing new tunes, then see where the room and night is heading. Whether it gets more techno or if we go late, we get a little deeper. So key for me is to have access to lots of tracks and go with the vibe then take it wherever. I certainly loved the vibe from SXM and hope to stick or start with that for Coda and see where it goes.”

Like many pro DJs, Acquaviva takes his inspiration from “the people and places I have been of late,” he says. “So this last month was a very inspiring month with SXM Festival, Miami and Timewarp. The official parties and sets were great, but then the afters were next level.”

Acquaviva’s favourite piece of gear is, logically, his laptop. “It’s got all my music and info on it!” he says.  With so much on the go, including his music production work and recently released film, which you can read about HERE, that makes sense.

Acquaviva has released a new track on get physical with MONROE called “Alligator Skin Mountains.” He is playing South America, IMS Ibiza, Sonar, Secret Solstice in Iceland and, possibly, a special surprise for Movement.

Tickets for his upcoming CODA debut can be purchased HERE.

Talia Wooldridge is an avid music lover, composer and ethnomusicologist who contributes artist interviews, live concerts, festivals and album reviews for Spill Magazine. She has written extensively on the intersection of music, personal identity and cultural symbolism with an early focus on Latin American Hip Hop and female Cuban rappers. In her spare time, Talia writes, composes music and manages Music Can Heal, a non-profit that brings live, award-winning musicians to inspire healing in hospitals, hospices and communities in need. Her next project is an interactive music-travelogue exploring music cultures and music travel around the globe. Follow her here: www.taliawooldridge.com + www.movetoyourownbeat.com.
RELATED ARTICLES
codafeaturesjohn acquaviva

by Talia Wooldridge on May 12, 2017
HEAVY BASS LICKS AND CRISP PERCUSSION A CONVERSATION WITH ENZO SIRAGUSA When a DJ is inspired by every party he attends – be it break beat to classic house [...]

by Talia Wooldridge on January 24, 2017
THE GODFATHER OF FRENCH TECHNO AN INTERVIEW WITH LAURENT GARNIER Laurent Garnier, the “Godfather of French Techno”, received La Légion D’Honneur [...]

by Talia Wooldridge on September 17, 2016
DJ Harvey @ Coda, Toronto September 17, 2016 DJ Harvey, nicknamed “The Keith Richards of Dance Music” and “One of 25 DJs that rule the earth” by Rolling Stone, brought his blend of trippy [...]