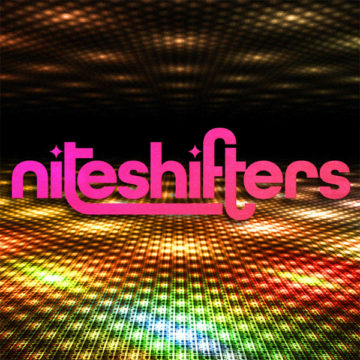 Disco is back! Niteshifters follow the success of their debut single “Show Me What You’ve Got” with the release of their album Huge Disco (Deli Music) on August 4, 2017. The full-length album recalls the classic sounds of disco but features modern live production and the incredibly timeless vocals of 19-year-old rising star Khadija Jajue. Andrea Terrano (Basement Jaxx) is on guitar and Elliot May (Do Your Thing) sings backing vocals and lead on “She’s The Girl” and “Huge Disco.” The album also features some strong instrumentals of “Show Me What You’ve Got,” “Any Way You Want It”, “Say Yes” and “You Are My Sky.”

While called the new sound of Disco, Huge Disco and Niteshifters recall all of my top disco vinyl faves. I was amazed by the silky smooth vocals of the young Jajue, which recall some of the top singing vixens of the Studio 54 decade. “Show Me What You’ve Got” was by far my favourite track on the album followed by the sexy Brazilian-lyrics of “You Are My Sky,” “She’s My Girl” and “Boogie Storm,” which is the sole groove-oriented instrumental with no vocal tracks and characteristic disco synth motifs, horns and the “Atari gun” samples. It is fitting “You Are My Sky” is in Portuguese given the popularity of disco music in Sao Paulo. “Any Way You Want It” is very funky, as is “Show Me What You’ve Got” with its lush orchestration samples. The album picks up with the orbital tracks of “Say Yes” and closes with impressive instrumentals that will no doubt make it into a few DJ sets.

Talia Wooldridge is an avid music lover, composer and ethnomusicologist who contributes artist interviews, live concerts, festivals and album reviews for Spill Magazine. She has written extensively on the intersection of music, personal identity and cultural symbolism with an early focus on Latin American Hip Hop and female Cuban rappers. In her spare time, Talia writes, composes music and manages Music Can Heal, a non-profit that brings live, award-winning musicians to inspire healing in hospitals, hospices and communities in need. Her next project is an interactive music-travelogue exploring music cultures and music travel around the globe. Follow her here: www.taliawooldridge.com + www.movetoyourownbeat.com.
RELATED ARTICLES
album reviews
9.0