SPILL FEATURE: GENESIS FOR A NEW AUDIENCE – A CONVERSATION WITH STEVE HACKETT 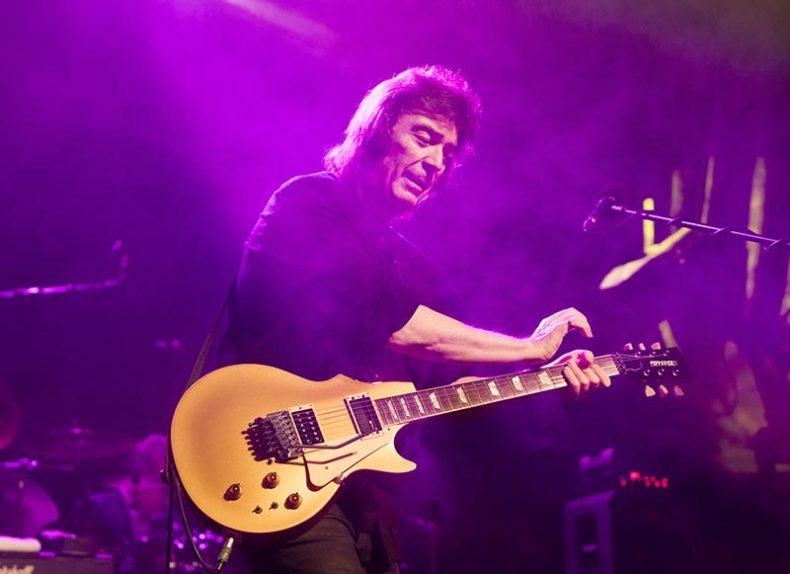 GENESIS FOR A NEW AUDIENCE

Steve Hackett, one of the most interesting and innovative musicians of the last 50 years. Perhaps best known for his years in Genesis (1971 to 1977, he left the band following the release of Wind and Wuthering, more on that later) but he is equally known for his brilliant and successful solo albums. He is also known for his innovative guitar playing, incredible talent at writing, and being an all-round brilliant musician. He is an artist in every sense of the word, and his art is captured on tape and vinyl.

Prior to leaving Genesis, he released his debut solo album in 1975 (Voyage of the Acolyte), and since then released a further 18 solo albums, five classical albums, and 16 live albums. Later on, he issued an album with his brother, John (Sketches of Satie, 2000), and one with Chris Squire (Yes) in 2012 (A Life Within a Day). That is one impressive music catalog.

And in 2018, he is about to release yet another solo album, Wuthering Nights: Live in Birmingham.

“The album was recorded during the tour of 2017, which happens to be the 40th anniversary of the Wind and Wuthering album by Genesis. The tour was 50 percent that album and 50 percent solo music. So, the live album reflects that tour. Some of the songs we did on the tour I had not played for 40 years,” says Hackett during a recent conversation.

“In fact,” continues Hackett, “we do songs right up to my latest album, The Night Siren, released in 2017. And as for Wind and Wuthering, we did songs that were recorded for that album but did not appear on that album.” (Hackett is referring to the EP released in 1978 titled Spot the Pigeon which represents that last Genesis studio release featuring Hackett). But we also go back to the first album I recorded after leaving Genesis (his second solo album, 1978’s Please Don’t Touch). We do the title song, “Please Don’t Touch.” So I celebrate the 40th anniversary of recording that album too.”

For Hackett, this album, and tour, is not just a retro show. This is a chance for him to bring back songs that a newer audience may not have heard live. 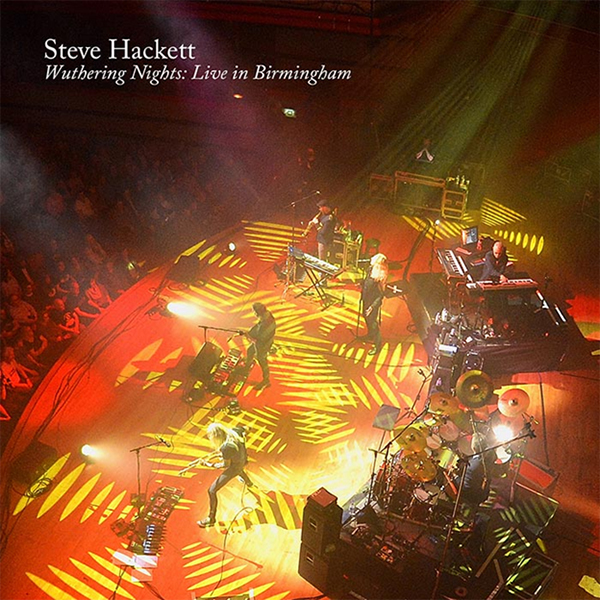 “It is like introducing some old friends to a new audience. These songs have stood the test of time, but when we wrote the songs, we just hoped that they had legs and that your recording contract would be extended,” Hackett laughs. “We were just searching for an audience.”

“But we do some of the songs different from the original. We leave the exact replication to the tribute bands, most of whom I have met with and spent time talking with them about the guitars I used and the like. I have even guested with them.”

Revisiting the Genesis catalog is nothing new for Hackett.

“In 1996 I did an album called Genesis Revisited. I took some less-than-classic songs and made them classical. I have actually recorded two; the most recent became a gold album and made the U.K. top 30, much to my surprise. We had over 40 musicians playing on that and a ton of singers. My old friend, John Wetton, was part of it too, as was The Royal Philharmonic Orchestra. Recording those albums was wonderful.”

But since recording with Genesis and his early solo albums, the recording industry has changed a great deal. Hackett just keeps up with the times and the changes do not seem to faze him.

“Recording technology has changed, sure, but performing live has not changed that much. Essentially, standing on the stage is the same. You get a good balance, a good sound, so everything sounds right. Mind you I do feel more confident.”

Although on Wuthering Nights they do not perform the entire Wind and Wuthering album, they do cover the classic songs, especially the much loved “The Musical Box.” For the release of the album there is an accompanying DVD of the concert, which makes for a fantastic CD/DVD set.

Although this is a brand-new album, and Hackett finished his tour last year, he still has plans.

“I am trying to write a book, and as far as music, I am still trying to get it right. For me achievements seem so little, and I always think the next record will be better. Also, I want to be the first musician to perform live in space, maybe at the European Space Centre.”

“But the thing is, whatever you do should be heartfelt, authentic. Do not think too consciously, sometimes let it be. Hone it until it sounds right and then let it be.”