SPILL FEATURE: FINDING HIS IDEAL HOME – A CONVERSATION WITH NEIL ARTHUR OF NEAR FUTURE/BLANCMANGE 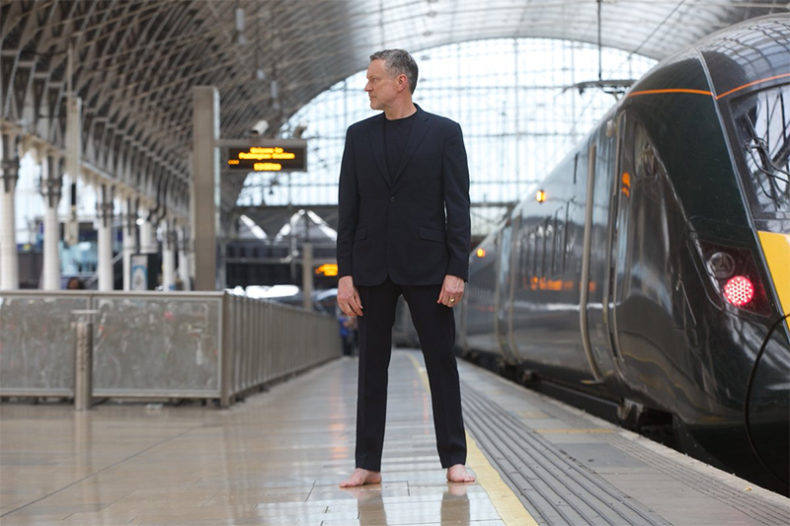 A CONVERSATION WITH NEIL ARTHUR OF NEAR FUTURE/BLANCMANGE

Neil Arthur may just be the hardest working musician in the world today. He is currently in three bands, Fader, Near Future and, of course, Blancmange. Arthur formed Blancmange in 1979 with Stephen Luscombe and Laurence Stevens. Stevens left the band before they began recording, and Blancmange became a duo, with Arthur on vocals and Luscombe taking care of the music. However, Arthur is a brilliant musician in his own right and the band and their songwriting and instrumentation was not nearly so cut and dry. “In the beginning, we would arrive at Stephen’s house with whatever instruments we could borrow. He had a recorder, a four track, so we could loop tapes and create music. We were like two people making dinner, just throwing things together. Of course, this all changed as we worked together and technology changed and we got more popular. Quite often, one of us would come in with a solid part written and we would finish it.

“The song “Feel Me”, which Stephen came in with a groove, no structure or words — my input was the words and the topline melody, then we would record the song again. I always wrote the lyrics, but we always shared the music. We never had a formula. I basically wrote the structure of the songs, and Stephen made it better,” laughs Arthur.

“For “Living On The Ceiling”, again we had a basic groove. I had a guitar and I had the melody line on the guitar, and I made a mistake when I was playing it, recording it. Stephen stopped, and said “let’s listen to the tape” and that mistake became the melody. Then we added the sitar and Indian percussion to give it a more exotic sound.”

This year Arthur has released an album with the band Near Future. Near Future is made up of Arthur and Jez Bernholz (Gazelle Twin). Their debut album, Ideal Home, was released in May, 2018 and became a critical and commercial success. “As I carry on with Blancmange, I have the opportunity to work with other people, and this really excites me. My manager introduced me to Jez and he supported Blancmange for two nights. We got on really well. So we recorded an EP and we wrote two songs. What was interesting is we worked together in a different way. We did not sit in a studio and write or record, but instead we shared files. It was a learning curve for me as it was so different, but it also opened me up. The interaction between the two artists, if I can call myself an artist, was different. I react to what Jez sends me, and he reacts to me. So the chemistry was there, and we recorded an album.” 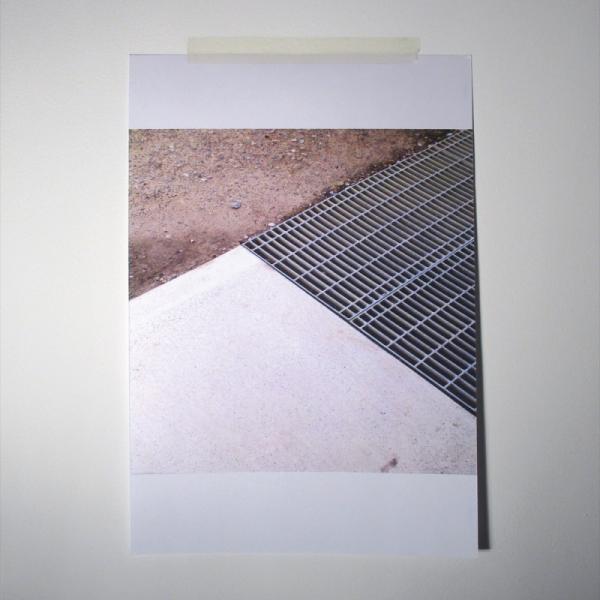 The album, Ideal Home, has an interesting title, and Arthur’s usual thought-provoking, and intensely beautiful lyrics and voice. “Actually, for Ideal Home, Jez came up with the title and the lyrics and I wrote the music for that one. It became the name of the album because it fit the theme. The theme is looking at the bits in between in life. The mundane stuff that you pass by everyday. Ideal Home was a perfect title because there is no such thing, there isn’t one.”

While Arthur did not write those lyrics, he did write the majority, including the brilliant song “Bulk Erase”, which includes the concluding line “Shit, I got the blues.” “I try to be as honest as I can be when I write and I can be a little bit obtuse at times as well. I am interested in wordplay as well. So for “Bulk Erase”, it is like so much needs fixing, and there is just not enough, I got the blues. I don’t want to say much more than that.

“I just thought, I want to be directly honest. I turned 60 a few weeks ago and 35 years ago I had a different outlook on things. Now, I have a family I adore, bloody great mates and the one thing I am certain of is I am not certain. So I think, let’s just get on with it. And some songs are not about me.”

And Arthur is just not slowing down. He will be releasing a new album with Blancmange in October titled Wanderlust. Working with Benge (John Foxx) again, the album has a different feel for Blancmange. “There is no formula for Blancmange, each album sounds different. I wrote most of it on guitar, and David Rhodes works with us again on one of the songs. To be honest, the album is done, and I won’t listen to it again until we start rehearsal time for the tour.”

With three bands, three albums, and a couple of tours, it seems that Arthur has never been this busy. “Maybe it is my distraction. If it is, it is ridiculous. Seriously, it’s my job. I release an album and go out and promote it. I will continue to do it whilst I can.”

For Arthur, tours are not about nostalgia, but rather more than that. “We keep getting new audiences. It is not a nostalgic trip. What we do now is not an 1980s show. Of course we pay respect to the past, but what we do now is the new music.”

But it all comes full circle. Along with all of the new music Arthur has been writing, recording, and releasing new music and albums, he also put together, with help from Luscombe, the most comprehensive box set of the classic 1980s Blancmange albums. “That box set (The Blanc Tapes) was a long journey. It took two and a half years to put that together. We led and controlled it, along with the label. But it was nice for me and Stephen, my old partner in crime to work together. He is no longer involved, but it was sending the demos and he ok’d all my notes and did some interviews. It was nice for him to be involved as he is not going to be involved in the future.”

Born and raised in Whitby, Aaron discovered music through his love of The Beatles. This led to a career in radio, writing for various publications, and ultimately a radio show about The Beatles (Beatles Universe), which ran for over four years. When not immersed in music, Aaron enjoys spending time with the loves of his life -- his wife Andrea, and daughters Emily and Linda (all of whom have an intense love of music too).
RELATED ARTICLES
blancmangebulk eraseedsel recording

by Aaron Badgley on May 29, 2022
AN IDEA OF WHAT COLOUR SOUNDS LIKE A CONVERSATION WITH FADER Fader made their debut in 2017 with the brilliant album, First Light. The band was and is a duo [...]
9.0

by Aaron Badgley on June 16, 2020
WHEN IT COMES TO ONE TO ONE, COMMUNICATION CAN BE VERY DIFFICULT A CONVERSATION WITH NEIL ARTHUR OF [...]