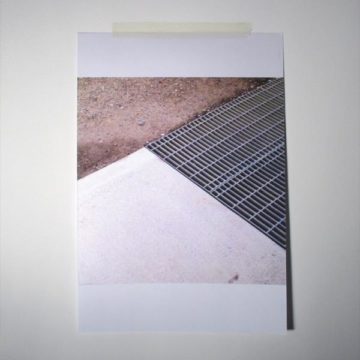 Arthur debuted the band in 2015, with the release of the “Ideal Home” CD single, promising an album. Three years later, he has delivered on that promise. Bernholz seems to be a perfect partner for Arthur, producing the synth/electronic backing for Arthur’s wonderful voice and lyrics.

Ideal Home is a stunning album. Arthur does not hold back and the album feels almost confessional at times. Lyrically, this is perhaps his best work. He focuses on reflecting on the past  on this album, both with regret and anger. He writes about places changing, not wanting to leave havens of comfort. He sings about being “Overwhelmed by time and distance,” in the song “Overwhelmed”.

By the end of the album, Arthur sounds exhausted. In the last song, “Bulk Erase” he talks of “Too much has happened, that I need to forget”, and concludes the album and song with “Shit, I got the blues…One thing at a time.” Very honest, and very painful. And yet, with Bernholz’s sounds, the duo create a beautiful song that, to borrow a title from the album, becomes overwhelming.

Near Future does, at times, sound like an extension of Blancmange, but so what? Of course there would be some overlaps, but Arthur is smart enough to make sure this album does not sound like Blancmange. Bernholz creates more soundscapes and layered sounds than melodies, and this works perfectly for Arthur. He is able to utilize the layered sounds for his own devices, and even knows when to let the song happen as an instrumental. “Fish and Chips” is the lone instrumental that fits perfectly on the album. It serves as a bridge between the songs and feels almost like a breath during the first side.

Given the amount Arthur has released in the past eight months, he deserves a great deal of credit for his consistently brilliant work. He picks artists to work with that brings out the best in both artists. But in keep in mind, he has also toured the U.K. with Blancmange and Near Future during this time as well.

I sincerely hope that Ideal Home is not a one off. The duo have worked well together, and one can only imagine what they can cook up in the future. Until then, Ideal Home is the ideal album to listen to, especially when you wake up at 3.00 am with the blues. Pour yourself a coffee, sit down and listen to Ideal Home.

Born and raised in Whitby, Aaron discovered music through his love of The Beatles. This led to a career in radio, writing for various publications, and ultimately a radio show about The Beatles (Beatles Universe), which ran for over four years. When not immersed in music, Aaron enjoys spending time with the loves of his life -- his wife Andrea, and daughters Emily and Linda (all of whom have an intense love of music too).
RELATED ARTICLES
album reviewblanc check recordsblancmange
8.0