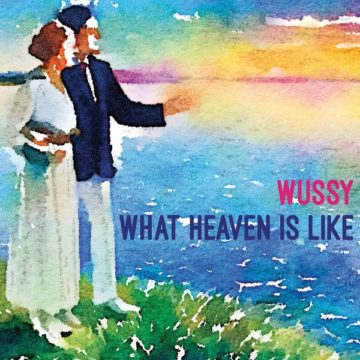 If you didn’t think that a concept album based on the TV show Fargo was something you were missing from your life, you’re in good company. But with their seventh studio album, What Heaven Is Like, Ohio rock band Wussy proves us wrong.

The 10-track album – which the band describes as a tribute to Fargo heroine Gloria Burgle – is tranquil and energized, focused and general.

While the album was intended to follow the theme of Burgle’s storyline, the songs – though this may be partially attributed to my lack of having seen Fargo – speak for themselves. Tracks such as Gloria, while named for the leading lady of the album, are captivating in their own right, tackling themes from the series while still remaining generally accessible.

The album is a rich blend of straight rock ‘n’ and roll, mixed with dreamy shoegaze, layered with hints of folk, which makes it an even more impressive feat to achieve the near-perfect flow of this album, though it’s not terribly surprising coming from this group of veteran rockers.

Coming in at just about 41 minutes, this album left me saying, “Oh, it’s over?” in the best way possible. What Heaven Is Like hooked me from the start and I have a sneaking suspicion that a few tracks, like Aliens In Our Midst in particular, might be stuck in my head for a few days.

Jacqueline Tucci is a journalist in Toronto. She’s new to Spill, but has been interviewing bands and writing about music since she was a teenager. You can almost always find her on the web, in record stores, or in bars looking for new and exciting local music.
RELATED ARTICLES
album releasealbum reviewsdamnably