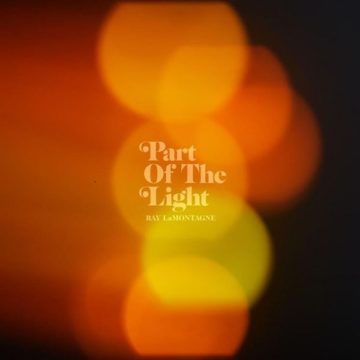 Ray LaMontagne has released his seventh studio album. The only disappointing aspect of this album is that it is only 9 songs long. The album, Part of the Light, is released by RCA Records and came out just in time for the summer season. It will be able to set the mood for the warmer beach season perfectly.

Classified as folk but with rock roots, Part of the Light is a joy to listen to. The first song on the album, “To the Sea” is just folky enough to set the stage for the follow up rock song “Paper Man.” The songs flow seamlessly and follow the idea of rollercoaster construction to a ‘T.’ Each song does the rollercoaster effect and the album follows suit. It is well constructed and leaves the listener excited to loop the album.

The musicianship is simple and elegant but layered to a complexity that allows a new discovery with each listen. Ray’s vocal work has a raspy inflexion that calms with the acoustic guitar but does not lack the power to really rock out when the song calls for it. The skill and catchiness of the album may see it making a buzz later in the year, but it is not quite as strong as the 2010 Grammy winner LaMontagne had in God Willin’ & The Creek Don’t Rise. That’s not to say that this album is worse, it just shows Ray LaMontagne in a different spot in his life.

The Spill Magazine is a Toronto-based online publication dedicated to covering the independent music scene with a strong focus on our thriving hometown talent. Our writers bring you up-to-date news, in-depth features on musicians and reviews for the latest CD releases. We also travel to the front lines for all local festivals including Canadian Music Week and North by Northeast.Don’t forget to check out our Facebook and Twitter pages for all daily Spill updates.
RELATED ARTICLES
albumalbum reviewalbum reviews
7.0

by Aaron Badgley on May 19, 2018
For Esmé  Righteous Woman Independent Righteous Woman is electronic folk music. For this album, For Esmé’s Martha Meredith is clearing fronting the band and the album is her concept [...]