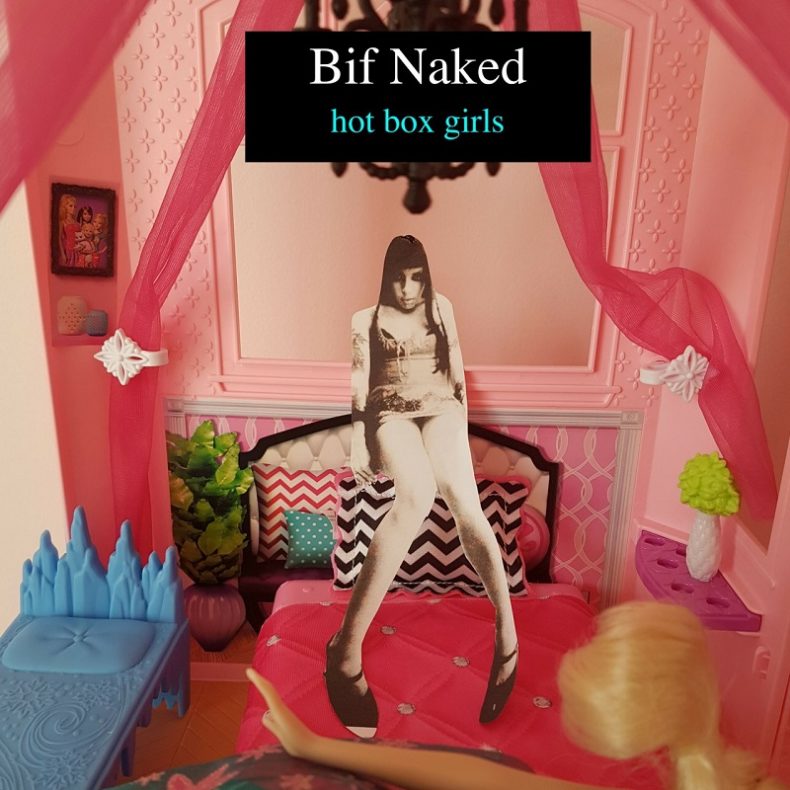 
Bif Naked is a singer/songwriter, author, actor and humanitarian requiring little introduction. As a multi-platinum selling mainstay when it comes to the Canadian entertainment industry, Bif falls firmly under the ‘more, please!’ category.

Today she bursts through with her newest release, “Hot Box Girls”, an instantly addictive rollick of rock, both instantly recognizable as Bif’s, but fresh and new all at once.

As a celebrated performer when it comes to music, television, film, and dance on stages across Canada, the U.S. and Europe, Bif’s videos continue heavy rotation play on MTV and Fuse. She was a judge alongside Sex Pistols/PIL frontman John “Johnny Rotten” Lydon on Fuse’s Bodog Battle of the Bands, and is a best selling, page-turner of an author via 2016’s memoir, I, Bifcus.

When it comes to experiencing life, Bif has more than a handful of tales to tell. Orphaned in India, emancipated by punk rock, empowered by surviving breast cancer, kidney failure, heart surgery, divorce, not to mention as a high-profile woman in the entertainment industry for more than two decades, Bif has single-handedly transcended obstacles placed in her path to become one of the world’s most unique, recognized and beloved icons.

A tireless advocate and humanitarian, Bif is also a dedicated vegan who splits her time between Paris, New Delhi, and her home in Toronto, channeling her captivating creativity beyond her signature sounds into writing, painting, choreography, and other genres of music.

Does she have a favourite pastime? Only to “live loudly”, a simple but profound manifesto she embodies so joyously and inspirationally.

SPILL NEWS strives to keep our readers up to date with news and events in the music industry. We keep you informed of the most recent information regarding new releases, tour dates, and information items about your favourite artists.
RELATED ARTICLES
albumBif Nakednew track
7.0