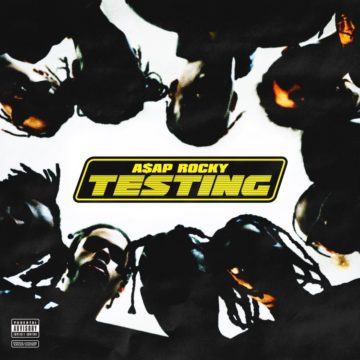 The third studio album by A$AP Rocky has officially been released under his own label A$AP Worldwide. The album is aptly named TESTING because it seems to be testing a new sound. The whole album has a psychedelic feel to it, which is something totally new to the rap world. It has a feeling of being musically inspired by psychedelic rock that came to be popular in the late ‘60s.

The whole album is just a great experience. It flows very well with a vibe that allows the listener to just flow with it. The lyrics are very clear and speak a testament to the creative power of A$AP Rocky. The album features guest appearances by some notable greats such as Puff Daddy, Snoop Dogg, Juicy J, T.I., Moby, Frank Ocean, French Montana, FKA Twigs, Skepta, Kid Cudi, Kodak Black, and Blocboy JB.

TESTING shows off how talented A$AP Rocky is lyrically as well as behind the scenes being the executive producer for the album. This album is great compliment to how public A$AP Rocky has been in the media recently and is just as interesting. This album has some real staying power with all the guest appearances and incredible talent put into it.

The Spill Magazine is a Toronto-based online publication dedicated to covering the independent music scene with a strong focus on our thriving hometown talent. Our writers bring you up-to-date news, in-depth features on musicians and reviews for the latest CD releases. We also travel to the front lines for all local festivals including Canadian Music Week and North by Northeast. Don’t forget to check out our Facebook and Twitter pages for all daily Spill updates.
RELATED ARTICLES
a$ap rockya$ap worldwidealbum
8.0

by Jonathan Hazlewood on April 6, 2018
Famous Dex Dex Meets Dexter 300 Entertainment Famous Dex, a well known Chicago rapper, has always been able to deliver fun filled music. Whether it be through multiple mixtapes and collaborations with his labelmates Rich the Kid and Jay Critch, [...]
9.0

by Maya Koparkar on May 26, 2015
A$Ap Rocky At.Long.Last.A$AP RCA Records This was a powerhouse album to make. A$AP Rocky has long been one of my favourite rappers, and this album did nothing but further cement my beliefs. Filled to the brim with strong collaborations on all [...]
5.0