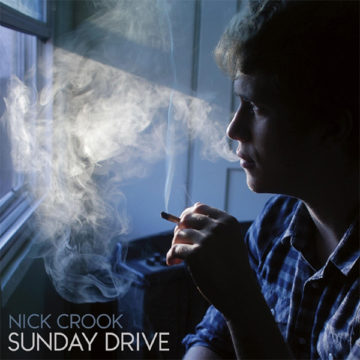 Nick Crook’s first full length studio album, Sunday Drive, is out now and it is a must hear. If you’re a fan of John Mayer, or any blues pop artist for that matter, then Nick is making the perfect music for you.

Nick Crook is a solo act playing out of San Diego, but he spent the majority of his life in Texas and Hawaii, making his music a very interesting mix of southern influence with a relaxed vibe. The guitar work on the album is noticeably influenced by John Mayer blues rock and Beatles pop. The lyrics are incredibly catchy and thoughtful. “Fracture” really gets down to business and shows a jazzy influence as well. The song feels like it was influenced by spending time playing in small venues where the artist has such a strong passion for what they do. “Can’t Get Enough (feat. K Emeline)” is a very powerful duet that compliments both artists strengths and leaves the listener wanting more. “Push, Pull, Pivot” is the perfect song about a true loving relationship. It’s got those intimate moments as well as the ones that are just fun. The album is rounded out very nicely by the final song “Wasted.” It’s very chill but has a serious passion behind it. It’s a very strong song and never wastes (get the pun) the time it has in the listener’s ears.

The album doesn’t sound like a debut. It sounds like an established artist that knows what they want to say and how to say it. On the flip side, it has the feel of a debut album: It’s trying to prove something. It’s made like this is the one shot it has, so the best is given.