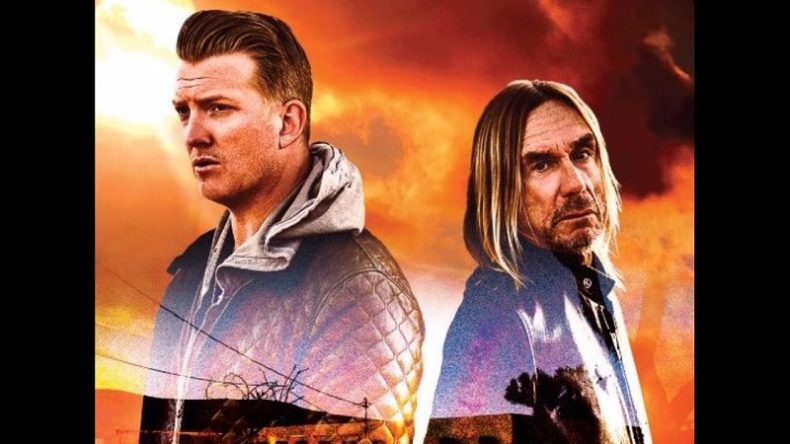 Eagle Rock Entertainment is proud to release American Valhalla – the vivid documentary tracing the musical journey of Iggy Pop and Joshua Homme – on DVD and digital formats on March 9.

Originally released in theaters via More2Screen and Eagle Rock Films in the summer of 2017, American Valhalla goes beyond a behind-the-scenes music documentary. Presented via Neumann’s stunning photography and cinematography, with intimate conversations led by Anthony Bourdain, the film explores themes of taking chances, instincts, and legacy. As Homme stated, “You risk nothing, you gain nothing” – a mantra echoed throughout the film’s 81 minutes.

Once inspired by Pop’s revolutionary raw brand of rock to make music of his own, everything comes full circle when Homme is contacted by his idol, out of the blue, to work on some songs. We see them meet, write and record (in total secrecy) at Rancho De La Luna studio in the Mojave Desert with Queens of the Stone Age’s Dean Fertita (guitarist) and Arctic Monkeys’ Matt Helders (drummer). The lens is set on these interactions, as we watch these relationships evolve. Between lyric sheets, letters, journal entries, and riffs, viewers can experience the organic chemistry that blossomed into Post Pop Depression.

“As we got to know each other, you blew my mind” Homme tells Pop in the film. “You really came with such an open mind and saying ‘Yeah, I know what I’ve done but I’m here to…look forward.’”

As they prepared the tour to support the album, Iggy received news of the passing of David Bowie – his longtime friend and confidant. In these moments, Pop contemplates his own impermanence and, at his most vulnerable, pushes harder with carpe diem-resolve to rehearse and add the next great landmark to his legacy. Pop, Homme, Fertita, and Helders, are joined by Troy Van Leeuwen (guitarist – Queens of the Stone Age) and Matt Sweeney (bassist/guitarist) as they hit the road.

American Valhalla sets its scope onstage and backstage as they warm up, pump each other up, and deliver explosive sets, leading up to the final show at the Royal Albert Hall in London (captured on Post Pop Depression: Live From The Royal Albert Hall DVD and Blu-ray released via Eagle Rock Entertainment in 2016).

SPILL NEWS strives to keep our readers up to date with news and events in the music industry. We keep you informed of the most recent information regarding new releases, tour dates, and information items about your favourite artists.
RELATED ARTICLES
american valhalladean fertitaeagle rock entertainment