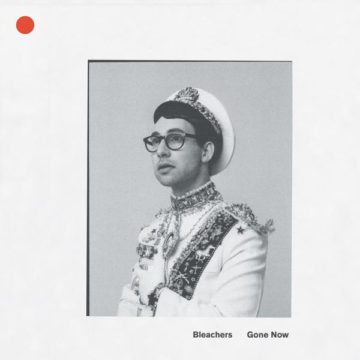 Stop for a second, and you might miss Jack Antonoff’s next move. His career started in a small band called Outline, but really gained traction with Steel Train. The band would go on to record three albums from 2005 to 2010, as Antonoff simultaneously recorded two albums with fun. in 2009 and 2012. “Some Nights” and “We Are Young” became massive hits, but the band decided to go on hiatus in 2015 so its members could release individual work. In very simultaneous Antonoff fashion, Bleachers’ first album Strange Desire was released in July 2014. While Steel Train had more of a rock sound and fun. was mostly vocals from Nate Ruess, Bleachers is finally the true indie pop solo project Antonoff had been waiting to release. The formula for both of his first two solo albums is quite similar: discuss particularly difficult topics of relationships, depression, and family using massive synths, catchy choruses and vivid imagery in his lyricism.

On Gone Now, Antonoff tackles a little bit of everything. “Goodmorning” shows how he refuses to take anything for granted, and his appreciation for mundane things like his upstairs neighbour. This provides one of the most powerful lyrics on the album, and allows him to show off his savvy writing skills: “Always one foot out when you say goodbye to the one that you love, one dream away from the ones above.” The upstairs neighbor returns on the introspective “I’m Ready to Move/Mickey Mantle Reprise”, which brings the album more or less full circle after a wild ride of sadness and hope. “Hate That You Know Me” takes the form of a glitzy, ’80s pop song with ruthlessly honest and depressing lyrics. Antonoff borrows pop wunderkind Carly Rae Jepsen to play his vocal sidekick, her lyrics proving he isn’t quite ready to commit to someone that knows him all too well.

The album’s strongest track is its lead single, “Don’t Take the Money”. The concept here is simple; in anything you do, don’t give a half-assed effort. The song feels extremely ’80s influenced again, and the defining quality of a great Bleachers’ song is the strength in the pre-chorus. In an email to his fans, Antonoff specifically explains the structure of this song: verses go through the past, pre is an explosive fight and the chorus is that moment when you hit rock bottom and everything is clear. Like the previous track, Bleachers find a way to employ extreme female star power. Strange Desire Vol. 2 is a full album remix of Bleachers songs with female vocalists, this time Lorde serving as the yin to Antonoff’s yang for the bridge and final chorus.

“Everybody Lost Somebody” reverts back to death again, getting to the idea that every single person faces pain in varying levels. The bridge is where he finally admits “I’m lost”, and Antonoff himself would rather “settle up with Heaven”, but it’s easier to frame the problem when it comes from the perspective of everyone having a shared experience rather than as an individual. Antonoff is lost again in “I Miss Those Days”, yearning for more time with his sister while “Nothing is U” appears to be another tribute to her, explaining that no one has had more of an impact on his life.

“All My Heroes” and “Let’s Get Married” take massive hooks and probably follows the most traditional format of all the songs, but the echoed vocals and excellent guitar lines make their ’80s style stand out on an album of excellent songs. “Goodbye” might be better suited as the backdrop for a hip-hop song and doesn’t pack the same punch as some of the other songs on the album, but deserves to be praised for using a much different beat and a radical shift to auto-tune.

For such a profound album, the sheer number of synths, glittery guitar lines and saxophone/trumpet is quite astounding. Lyrics aside, at times it can veer off to an ’80s album perfect for summer. But once you realize the profoundness of Antonoff’s lyrics, he makes you feel like it’s acceptable to dance and cry to the same song, even at the same time. Themes of death, acceptance and self-understanding are sprinkled throughout, as Antonoff portrays himself as a stranger despite knowing his emotions and feelings extremely well. Few records span such a wide musical and topical range over the course of 40 minutes, but Gone Now’s ability to do so and remain musically brilliant states its extremely strong case to be treasured as one of the albums of the year to this point.

Josh Stern is a financial analyst living in New York. He recently graduated from the University of Michigan, where he studied User Experience and Data Analysis while writing for various publications. He loves watching sports and attending concerts, and is always on the lookout for the next great Alternative/Indie band.
RELATED ARTICLES
album reviewsbleacherssony music
8.0