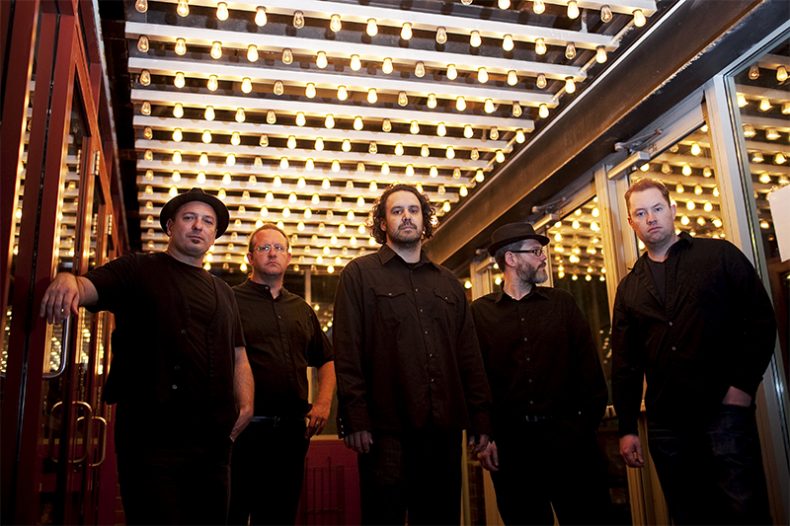 SWALLOWS – “IN THE SHADOW OF THE SEVEN STARS”

Swallows’ Mike Nordby (mandolin, percussion) wrote the title track for the band’s new album In the Shadow of the Seven Stars. The song describes the scene of a murder from the vantage point of its only witness. The victim was a local prostitute named Frances Coles. She was murdered by an unknown assailant on February 13, 1891, under a railway arch in Whitechapel, London. Many people believe her killer was none other than Jack the Ripper. The song provides the pivotal event for the album, which follows the witness as he attempts to make right the terrible wrong he has done to the deceased by failing to intervene in the murder when he could have saved her life.

The song has an intentional pulp vibe to it and, in that sense, the band has introduced an element of dark humor to offset the macabre subject matter. The arrangement features Minneapolis jazz great Chris Bates on double bass and vocalist Toni Tinetti singing backing vocals. Swallows’ Justin DeLeon and Mike Nordby provide the percussion elements and Swallows’ lead vocalist Jeff Crandall played the organs and guitar parts for this piece, which were actually preserved from the original 2014 band demo of the song.

If Frances Coles’ murderer was, in fact, Jack the Ripper, we imagine that he would have considered his horrific killings as a kind of performance art, complete with a stage and an intended audience. For this reason, we arranged the album’s title song, which depicts the scene of the murder as seen through the eyes of a witness, as a dance performed for an audience of one. The video for “In The Shadow Of The Seven Stars” accentuates the idea of a serial murder being a performative act, yet it also introduces a surprise ending in which the hunted turns the blade on the hunter. This inversion of the standard plot works quite well with the arc of the story for the rest of the album in which the ghost of the departed plots her vengeance against the man who murdered her.