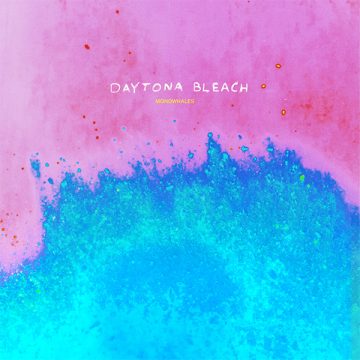 Over the years, Toronto’s MONOWHALES have become an essential band among the independent scene known for their impressive alt-pop sound and their larger-than-life presence in the city. Following up their 2018 debut EP, Control Freak, MONOWHALES are back with Daytona Bleach, a seven-track album that includes a string of singles that have slowly been released since 2019 –“RWLYD (Really Wanna Let You Down)”, “All Or Nothing”, “BL/FF (Fake Friends)”, and their latest, “Out With The Old” – to deliver a radio polished, pop rock odyssey that you’ll keep on repeat.

Opening with the anthem that is “All Or Nothing”, MONOWHALES set the tone for Daytona Bleach with a tight groove for a verse followed by an absolutely massive chorus that you can’t help but sing along to. To follow it up, MONOWHALES deliver an even catchier “He Said/She Said (I Wait)” that feels like a synth-heavy No Doubt.

Across the seven tracks, MONOWHALES have ensured that each track only seems to get catchier than the other. Through fantastic songwriting and creative use of tones and textures, Daytona Bleach is the alt-rock record to kick the year off. Single or album cut, each track feels as if it was carefully curated to demonstrate the best the band has to offer. On a strong album, the rhythmic guitar crunch of “BL/FF (Fake Friends)”, the dark, gothic shuffle of “Over My Head”, and the spacious, atmospheric soundscape of “RWLYD (Really Wanna Let You Down)” shine bright as definite highlights.

Daytona Bleach is catchy as all hell, front to back. Beyond that, however, the record stands strong as a unique take on the alt-pop of the last decade that certainly raises the bar for band and artists of far greater stature within the genre. If anything, looking past the glossy synth rock, the shiny choruses, and the well written songs that demonstrate a sublime sense of range and depth, Daytona Bleach is the sound of a hungry band on the brink of breaking into the mainstream. This is a record that somehow found the middle ground between rock, pop, and modern alternative that feels undeniable and fresh. Without a doubt, MONOWHALES leave it all on the table with Daytona Bleach, making it a must-hear record for 2021!

A passion for music has always been a part of Gerrod’s life. As a young boy, he was raised on a steady diet of the music from The Chili Peppers, Aerosmith, The Stones, Prince, and others from his mum. Raised in the GTA, Gerrod continued to foster his love for music by attending a wide range of concerts and learning the drums. His unapologetic passion for music has no bounds and has spread to a wide variety of styles, whether it be the 90’s rock that sound tracked his teenage years, the jazz he studied in university, or his newfound love for hip-hop. He recently received his bachelors in music and education from York University and is passionate about writing and reviewing good (and less than good) music. Gerrod is also the drummer and songwriter for a Toronto based rock & roll band, One In The Chamber.
RELATED ARTICLES
album reviewalbum reviewsall or nothing
9.0