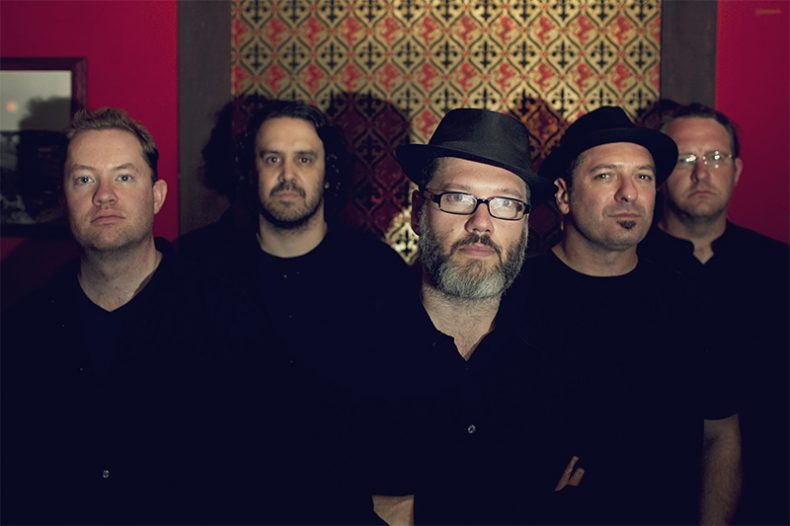 The songs on In the Shadow of the Seven Stars tell the story of Frances Coles, who was murdered in 1891, possibly by Jack the Ripper. A witness to the brutal attack, who was outside the nearby Crown and Seven Stars Pub, wanted to help Frances but was too terrified to intervene and remained in the shadow of the Seven Stars. The songs on the album follow the witness as comes to believe that he is being haunted by Frances’ ghost and determines that he must find a way avenge her death.

“Watertight” is the Dr. Jekyll and Mr. Hyde song on Swallows’ new story album In the Shadow of the Seven Stars. In terms of the story arc of the album, “Watertight” is the song where the albums’ protagonist leaves London to travel across the Atlantic Ocean to America. During the voyage, the main character suffers a nervous breakdown over a murder he that he’s begun to believe he may have committed.

The murder in question is that of Frances Coles, a 26-year-old prostitute from Whitechapel, London who was killed in the early morning hours of Friday, Febrary 13, 1891. Though the murderer was never identified, many believed it was the work of Jack the Ripper.

Although he originally believed himself to be a witness to the murder, the protagonist in our story has begun to question why he was at the scene of the crime in the first place. The thought has even entered his mind that he may be the notorious Ripper himself.

One part of his psyche is telling him to hold things together and keep his story straight; the other half sees death everywhere he looks on the high seas. The song’s lyrics present the dialogue between these two halves of his psyche.

We wanted to give this song the topsy-turvy feel of a ship’s voyage while, at the same time, we wanted to structurally mirror the unbalanced state of mind of our story’s main character. As a result, there are chromatic chords and odd scales and several abrupt shifts in dynamics between the various sections of the song. It was a fun song to put together and the crazy video featuring the work of the French silent movie director Georges Méliès gave us a way to visually present the delusional state of mind of the character with a bit of humor thrown in.