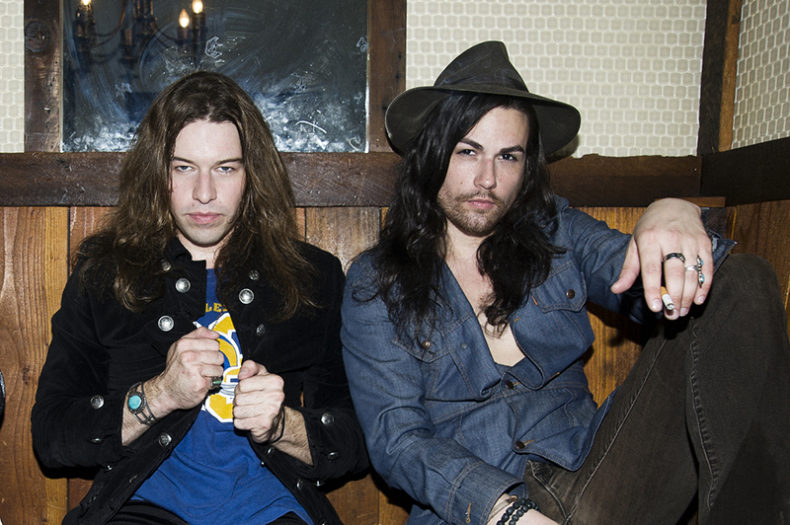 AN INTERVIEW WITH BRETT HELLINGS OF THE SOUL SHAKERS

Rock ‘n’ Roll is a very diverse term in today’s society. There hasn’t really been a good movement since the early ’70s, and while those bands are still prominent in today’s music culture, it’s hard to find a band that has a similar approach to their music in the industry these days. The Soul Shakers are determined to make good ‘ol Rock N’ Roll music and are hoping that they’re on the forefront of another movement. “It usually takes around 30 years for something to come back around… There are a lot of bands that are doing what we’re doing,” vocalist Brett Hellings told me in a recent interview. If you want a taste of what the Soul Shakers are all about, check out their video for the title track on their upcoming album, Here To Have A Good Time, which Brett said will be released next year.

Los Angeles has a very well-known history with Rock music, and, of course, just the music and entertainment industry in general. While they don’t originate from L.A., Brett Hellings and Elias Reidy (Red Jumpsuit Apparatus) of The Soul Shakers have paid their dues in the L.A. music scene over the years and it’s a big part of the musicians that they are today. “I cut my feet on the Sunset Strip and I mean, I was in so many bands… I played the Whiskey with three different bands. (laughs) So it’s trained me to really hone my skills, get to know who I am as an artist, figure out who I was.” 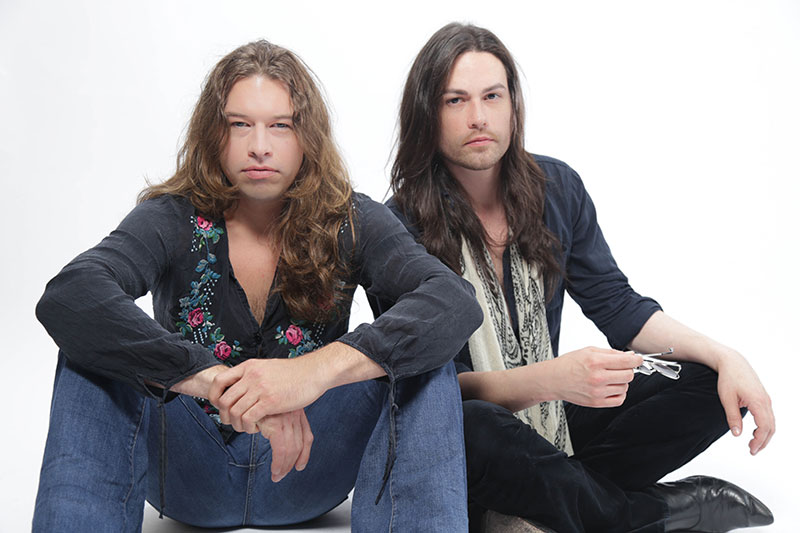 While they were in close proximity to each other, they were always involved in projects of their own, until their schedules lined up and Brett took the advice of friends who’d kept telling him that they’d been doing very similar things – that they should hook up and see what happens. When he went to Elias with the idea of doing something together, he told him he’d been waiting for him to ask that since they met, and they formed The Soul Shakers. “I was like great, and we got into the room, and the rest is history. We jammed out on ‘Sweet Virginia,’ our first song. His harmony on top of my voice, and I’d play guitar too. Us just jamming out, we knew there was something special there. We wrote a song on the spot and every time we would get together it would be writing session after writing session.”

Although Brett said however many times he’s asked, he always attributes their sound to straight up Rock ‘n’ Roll, he also gave credit to their Blues, Roots, southern Rock, Country, and even Pop influences. He agrees the term Rock ‘n’ Roll is used quite loosely today; true Rock ‘n’ Roll has got to have that something special to it, it makes you want to get up and shake, it’s gotta “have that swing and swagger and all that kind of good stuff.” That’s the stuff that goes down in history. “We’re really trying to bring that flavour back, or at least keep it alive.”

To make a lasting impression on a generation, or to go further and make something timeless, there has to be a special aspect to not only the music that you’re putting out, but also your demeanor and your attitude. A band’s stage presence is a big part of that as well. Without Sid Vicious out there acting like a maniac on stage, the Sex Pistols wouldn’t have gotten the same name for themselves. There are a lot of different aspects influencing a band’s vibe, and much of Rock ‘n’ Roll music has to do with that vibe. 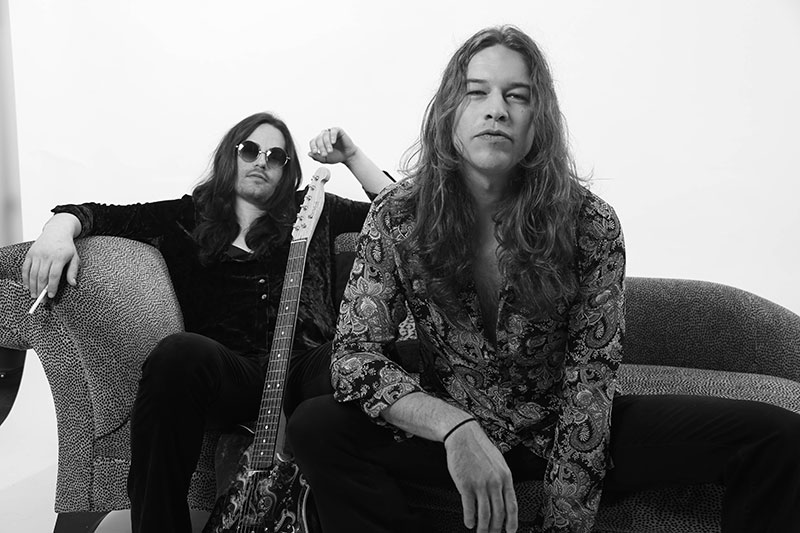 “I always say that you’ve got to have a great melody for a song and you have to get a good groove with it, so that you can get into the music. Lyrics are just so important to really make it classic, and make it last. When you have a really good concept and a cool way of saying it and it was thought out, I think that really takes the tune from 10 years to maybe 30 years.”

That groove is largely influenced by where the music was written and recorded, but moreover, the bond between the people making the music. Brett and Elias write all of their music themselves; they work very well together. You can really tell when you hear them play that while this is their work, they’re enjoying every minute of it, and that in itself makes their music fun to listen to. “It’s a difficult process, songwriting. It’s a sensitive thing. But like you said, now that we’re a partnership, it’s so hard to do it on your own, that when you get someone who really understands you and you bounce it off of somebody – that’s when it really comes to life.” He said it’s a very 50/50 thing with them, that they finish each other’s ideas a lot, there’s a lot of trust, and that most of the time he’ll come up with something and Elias will turn it into the “masterpiece” that they want.

Splitting the writing and recording process of the upcoming album largely between L.A. and Nashville definitely shaped their sound. “We have more of an L.A. sound, but it gets kind of twangy and southern. We started pushing it more into the Blues and the Roots. The attitude down here definitely affected the sound and the tone of what we had already written in Los Angeles.” The influence of those two places contrasted very well, because the way they write has a bit of that southern feel, so writing in their own mind space in L.A., then going over to Nashville and bringing it to life with some other very talented artists made the album what it is. 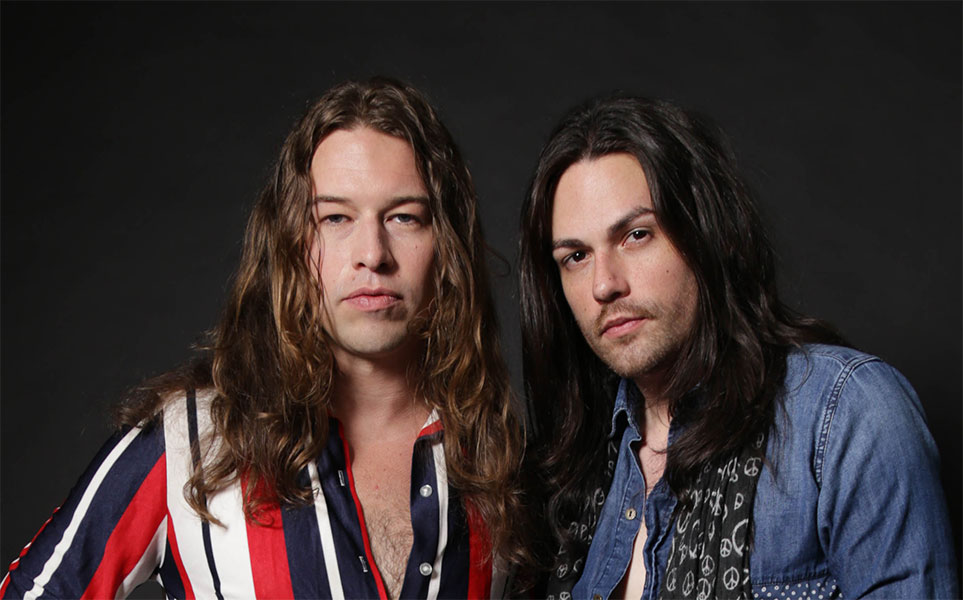 Granted, the whole dynamic duo thing really seems to be working for them, having Dan Malsch come in on the production side of things, and him bringing in other artists like Chuck Treece (Bad Brains), who played drums on the album, gave the album that extra bit of spice – without taking away from what makes them who they are. “Dan would just be there if when spoken to, you needed something, alright. Most of the time he would just sit there and make sure it sounded great and that was really cool of him. We needed a producer like that.”

Next year will be a big year for them – they’ll be releasing the album, and will be playing some shows early on in the year to showcase the music on the album live. As of now, they’re just ironing out the details of how to release everything in a suiting manner and making sure that they get the music out there to the right people – the ones who are really going to appreciate it.

Brett is really excited to hit the stage with the music and come next month, the time will finally be there for them to showcase it. They’ve got a few upcoming shows in January, starting with a headlining show at the High Watt (Nashville), then to NAMM in L.A. and on the 18th of January they’ll hit the Viper Room – which Brett is particularly excited for. “That’s going to be a really big gig for us, we have a lot of really important people coming out.”

Music makes the worst situations bearable and the best situations even better. I'm just here to share the inside scoop and anything you may have missed, while I establish my own voice in the industry. Born and raised in Ottawa, I never go anywhere without a set of headphones. Live music has been my vice for as long as I can remember and sharing stage side stories is a major bonus.
RELATED ARTICLES
featureshigh road publicity