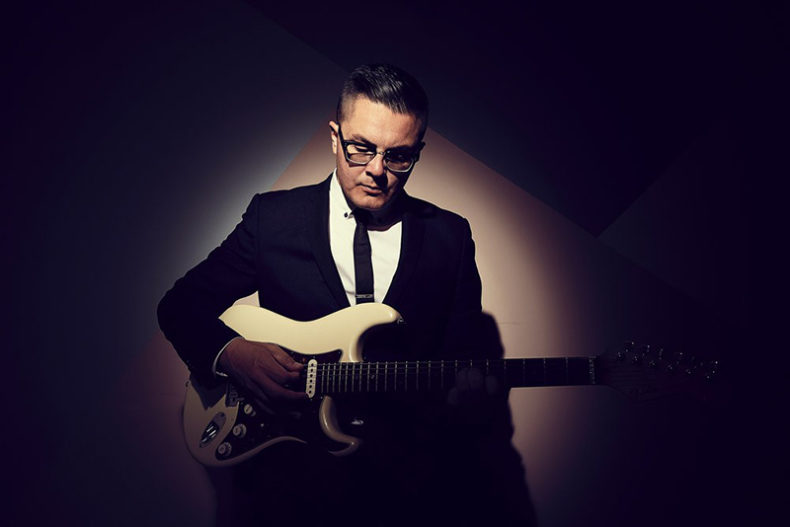 A CONVERSATION WITH SIMEON ROSS

Simeon (pronounced Sim-e-on, “my parents gave me a very unique name,” he laughs) Ross may not be a household name, yet. But this artist has earned his stripes and then some. He has actually written and been a member of bands that have resulted in ten albums worth of music. His resume reads like he has been performing for a lot longer than he has, but one look at the list of bands: Red Autumn Fall, Charmer, Infighter, Shoot the Image and Uniter, and you know this artist has not only paid his dues but earned a great deal of respect. He is currently solo and making some pretty awesome music.

His new single, “Arise” is a fantastic, energetic slice of rock/pop with one of the catchiest melodies I have heard this year.

“It is a song about picking yourself up. Stop feeling sorry for yourself. Yes there are tragedies, but moving forward from that is what the song is about. Learning to start over.” says Ross during our recent conversation.

“Arise” is the first single from an album that will be recorded and (hopefully) released this year. And the album is produced by Morrissey guitarist, Boz Boorer. 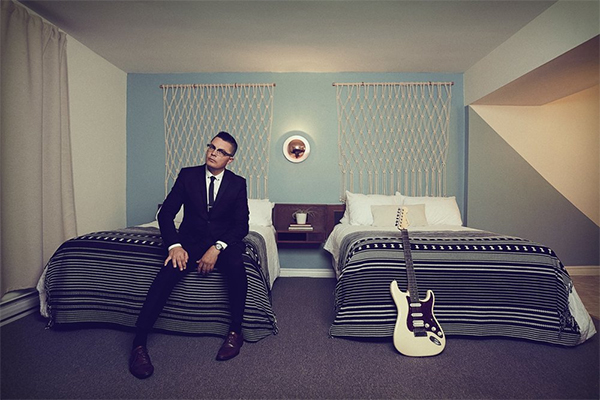 “In 2008, during the MySpace era, I sent Boz a message. He was and still is one of my favourite guitar players. So I sent him a message and within ten minutes he wrote back to me. So we started writing back and forth for about a year. We met up in London, and he invited me to record in his studio in Portugal.”

This resulted in Ross recording with the band Shoot the Image. The resulting album was Cranes in the City (2012).

“Shoot the Image recorded the album in south of Portugal, no internet, no cell phones. We just ate food, and recorded. Boz and I became close friends. We meet up every time I am in England. It’s weird; he is an idol of mine. When I first met him I was so nervous, I thought I was going to vomit. It is kind of hard to talk to him like he is a normal person. But on one hand he is normal, and on the other he is the lord of rockabilly guitarists. It is cool that you can meet people you admire, all because of social media.”

Ross has been getting ready to record an album He has written some songs and has been spending a great deal of time working on his craft and skills as a musician and writer.

“I have written over 60 songs and have scaled down to about 20. A few years ago I was living a hermit lifestyle. Then I decided to work on my music. I use a rehearsal studio, 70 to 80 hours a week; it is about developing a work ethic. You have to put in the hours. I did not see my friends much, except my god kids. It can be frustrating as there was no recognition for what I have done.”

For Ross, that includes working on his other passion, acting. He is attending the Toronto Film School to work on his acting skills, while putting in the time as a musician. 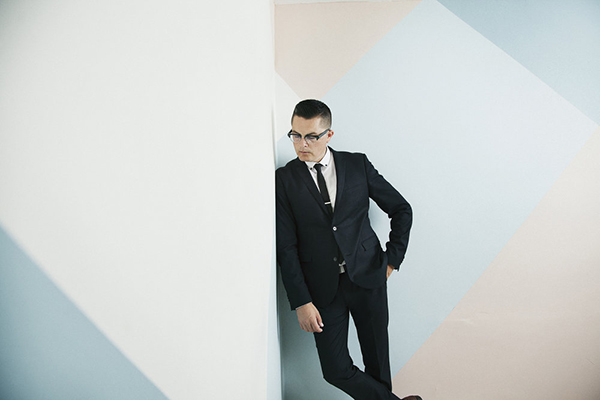 “Acting was what I did first. Through the years I did plays and I got a role in a short film. I felt I was the weakest link and I wanted to take it more seriously and so I went to school. When I was in bands we did not have money to make music videos, so I got my own camera and made videos. I got the software and everything. And I learned.”

For Ross, rehearsing and writing is one thing, but also there is a need to play live, to get your music out to the public.

“I am doing some small acoustic shows. I played The Wenona Lodge, which is a great venue. I am trying to play different venues. The underground shows are packed and fun. Also playing massive parties, which is great fun. There are different ways to play.”

Ross has also learned to take care of his physical and emotional self.

“I got really ill, escalated feeling bummed and depressed. My grandmother said to me, ‘get off wheat’. Through her I thought I may have a problem with gluten. After a week all symptoms I had disappeared. It was like a light switch went on, felt good, not depressed, lost 20 – 25 pounds. I went to acting school and started recording. I felt good, and it had been a long time since I felt good about releasing music.”

I think we can all agree that the music world is happy that Simeon Ross has returned with a new single and soon a new album. He is a talented artist, writer, and performer. His return is more than welcomed. He has been working at his craft and he is ready to share his music again.

Born and raised in Whitby, Aaron discovered music through his love of The Beatles. This led to a career in radio, writing for various publications, and ultimately a radio show about The Beatles (Beatles Universe), which ran for over four years. When not immersed in music, Aaron enjoys spending time with the loves of his life -- his wife Andrea, and daughters Emily and Linda (all of whom have an intense love of music too).
RELATED ARTICLES
arisefeatures

by SPILL NEW MUSIC on September 5, 2016
Perpacity – “Vain In A World” A Spill Exclusive Music Premiere Today we are pleased to present the the new Perpacity single “Vain in a World”, recorded in the [...]