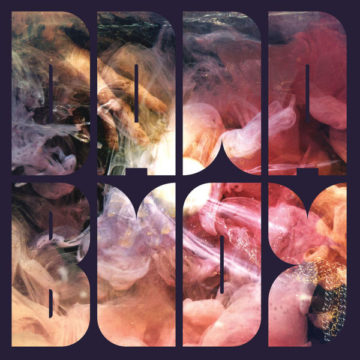 Akron/Family are (were?) one of those bands from whose inception you were never on a sure ground. On record or live (even better), you were never sure what to expect. From acapella gospel, through to folk balladry, to heavy rocking and progressive to pure experimentation.

And yet, there were always expectations. To expect the unexpected. Maybe that is why the Dana Buoy (Akron/Family’s multi-instrumentalist singer Dana Janssen and his long-time collaborator Justin Miller) album Ice Glitter Gold came as a bit of a surprise.

You see, there are no sharp shifts, no folk to be heard on this one. Just good, at moments even great pop. Most of the time, electro-pop. The European variation of electro-pop, where the recent Phoenix album could be taken as a comparison point.

But then Janssen wouldn’t be the musical wanderer he is if he didn’t throw in atleast one monkey wrench into the mix, and with him this time around it is some crunching guitars like on “Bloom”, or some gorgeous vocal harmonies like those on “Let’s Go Awhile”, with the song title itself being a variation of the title of an Beach Boys instrumental song from “Pet Sounds.

Still it is that electro (and pop) element that dominates, like on the opener “Twisted Sky” (in a territory Yeasayer reside these days) or “Too Early”. And when the initial surprise passes, you realize it is the (electro) pop a quite sophisticated kind, the one that is usually the hardest to make well.

On Ice Glitter Gold Dana Buoy does exactly that – make good, sophisticated pop, no ifs or buts. No brief ditties, no overextended mixers (or re-mixes). The album itself doesn’t last much longer that a minute or three over half an hour. No need. Dana Buoy have said all they had to say. For now. Oh, and if you really want a surprise (sort of), the album ends with “Only One” an excellent electro ballad. Actually, a great way to finish an rhythmically upbeat album.