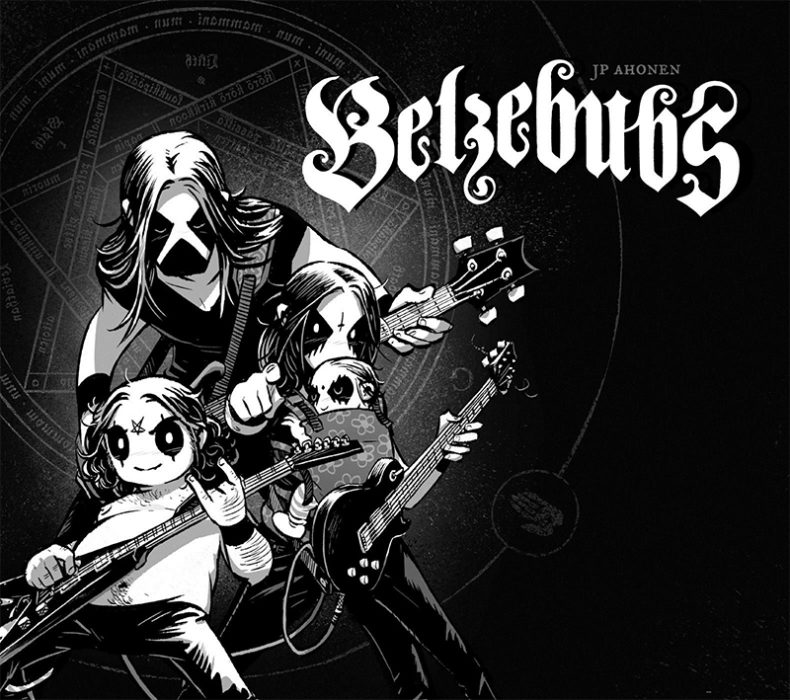 Upon the creation of black metal and throughout most of trve kvlt kvlture, there have been a net solid of zero individuals who would’ve referred to the scene as even remotely “cute.” Sounds paradoxical, impossible. However, this is exactly what JP Ahonen does with the Belzebubs, stealing our hearts in the process.

Belzebubs is a self-professed “trve kvlt documentary in comic strip form.” The web-comic-turned-global-phenomenon centres around an eponymous black metal band. Having gone through a series of rather misfortunate happenings, the book describes the lives and struggles of the band during their hiatus.

Hilarious, inventive, and original, it’s a hard read to put down. Each character has a fully-realised set of personality traits, allowing you to familiarise yourself quick enough. The comics walk the lines between relatability and humour surprisingly well. Belzebubs brings a really new viewpoint and take on a genre known for taking itself too seriously.

For metalheads and others kvlturally well-informed, the references in Belzebubs reach far deeper than the endearing characterizations of Lucyfer and Leviathan: JP uses hellish imagery and symbols with a subtlety that displays his depth of knowledge in regards to the second-wave scene. The artist is well-read when it comes to the community’s history, and it shows. This lends the entire “trve kvlt documentary” a sense of authenticity rather than feeling like an outsider’s attempt to cover a ‘fascinating’ culture. Not naming any names, Lords of Chaos.

In conclusion, this masterful collection can appeal to any audience who can take a joke. Where a non-metalhead may find some of the humour obscure or dark, the book is a surprisingly well-constructed reflection upon our culture as a niche in a niche. I personally ended up reading through my copy at least three times, each reference acting as an Easter Egg to discover. This is that one book you borrow from a library and end up buying anyway, as readable as Harry Potter once felt for a child newly introduced to world of fiction.

Purchase Belzebubs (The Book) Via

Stan is a metalhead, musician, and freelance writer (for hire!) In that order. Yes, looks are deceiving. No, metal is not (all) about Satan.
RELATED ARTICLES
books