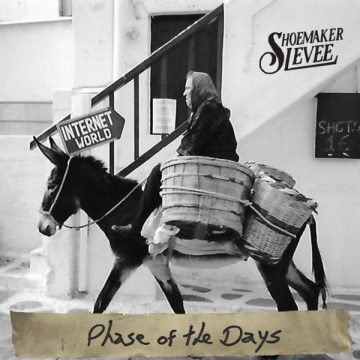 If I were asked “What Canadian band would you like to see play at Red Rocks Amphitheatre?”, my response would be Shoemaker Levee. The band’s latest album, Phase of the Days, brings their prog rock vibe cooking through your speakers offering extremely tight musicianship and hints at bands such as Blues Traveller, Widespread Panic, and Phish. This talented group from Newmarket, Ontario hit the studio with authority and dish out a remarkable album.

As we journey into this album, the first standout track is “Passenger”, a killer tune in 7/8 timing with a lock-down groove and impressive guitar leads. The band showcases their musical chops right out of the gate handling the odd time signature rhythms with ease. The tune delivers slices of ska, jazz fusion and rock.

The next standout piece is “Borderline”, a tune that would fit in perfectly on Rush’s 2012. It’s a meandering ballad with sweet guitar parts and a very stable halftime groove. The band never seems to shy away from bringing out the heavy, the 2:39 mark is where things really pick up. The tune eventually builds its way into a giant guitar solo outro that quite honestly would sound amazing with an extra five minutes added on and 20 minutes live.

The heaviest song of the album is without question “Twisting”. This rocker blows the speakers completely apart with its heavy guitar and drums intro. The song explodes with super-aggressive vocals and sharp start-stop rhythms. The song eventually tones down into a Grateful Dead-style chorus at the 0:48 mark of the song giving the audience’s ear a slight break from the sonic assault. The verse chorus goes back and forth for a while until the 2:30 mark where a long musical interlude kicks in.

Heavy themes continue with “Flying H”, which kicks off with mammoth guitar riffs and smash in the face drums, the tune is distinctly written with many parts crescendo-ing into a half-time chorus. If you were to marry Rage Against the Machine and Blues Traveller you’d get the picture here.For fans of progressive jam band stylings, look no further than Phase of the Days to get your fix. This band will certainly be in very high rotation in my library and I can’t wait to dig deeper into their discography.

Andre has been writing for The Spill Magazine for over 12 years, dating back to the print days. His passion for music goes far beyond writing reviews for new music and live concerts, he is also an active musician and producer on the Canadian music scene. Having toured North America and Europe with various acts, he is no stranger to dedication and work ethic new bands must endure to make the grade in today's market; Andre always delivers perspective writing that is authentic and to the point. Mr. Skinner typically covers indie rock, grass roots, electronica and is our resident hard rock and heavy metal specialist. He is extremely selective on what bands he covers for articles and you can rest assured they are ALWAYS band to watch with something left of centre to offer.
RELATED ARTICLES
album reviewalbum reviewspassenger
9.0