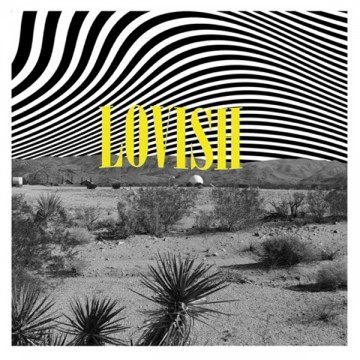 If you’ve familiarized yourself with the typical pop melodies of Library Voices, you’ll know that their formula has proven to be fairly limited at times. Their tracks, such as “Generation Handclap”, remain memorable due to the simplicity of their arrangement. The Saskatchewan natives have changed pace on their third LP – Lovish. With a complex mix of grunge, old-school rock, and slightly psychedelic influences, Library Voices have altered their soundscape and ventured past their comfortable sounds to begin playing with the big boys of indie rock. Lighthearted handclaps have been traded in for dark and dreamy synths, loaded electrics as well as ambient vocals. These elements provide Library Voices with a newfound perspective on their craft, allowing them to deliver a fairly successful expedition further into the brush of that indie wilderness.

Perhaps stimulated by a streak of unfortunate happenstance (one occasion even had lead singer Carl Johnson hospitalized for an assault-related brain injury) in their career and personal lives, Lovish is a darker and far more honest record than its predecessors. From the moment “Oh Donna” calls “the funeral of you” a heavy tone is established. While the arrangements still tread over lightheartedness at times (evident on the bopper, “Hey! Adrienne”), that typical sense of innocence is absent from the overall sound. A majority of the album’s heft is carried by its instruments. Most prominent is a horn section that unexpectedly backs a few tracks but elevates them beyond their simple structures. This experimentation falters at times as well. Closer “Every Night” ends with a three-minute foray into ambient white noise and leaves the listener questioning “why?” Thematically, the album is a warning for the complications associated with love. While sometimes, there are positive associations to that all-encompassing feeling, most tracks are directed towards bitterness, emphasized by the catchy chorus of “Zzyzx” where Johnson beckons “ I really want to let you down”. It is noticeable, though, that the Lovish themes are not so obvious when the words are overshadowed by finer instrumentation.

As a long-time fan of Library Voices, you may not be warm to this new sound. But for a Canadian band to approach a new genre where so many venture and to do it with this much handle and control is a great achievement that shouldn’t be overlooked by old affectations. The record is not the strongest of its kind, but it’s a damn good effort and that deserves to be commended.

Robert Defina is an avid critic both on paper and in person. He spends more time writing album reviews than he does worrying about his future. He hopes that this sort of procrastination never grows old.
RELATED ARTICLES
album reviewslibrary voiceslovish
7.0