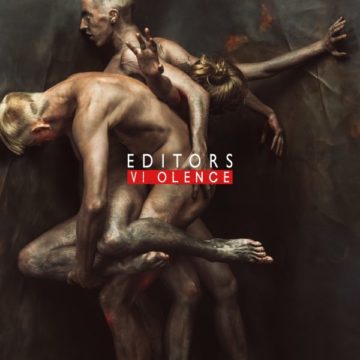 There is a relevance to music that comes from a place of clear authenticity; from self-reflection upon and embracing of your strengths; from the balancing of what new sounds and techniques are available with the abilities that you already possess, not to mention the sound that you have worked over your career to craft and hone as your own. Sadly, little of this authenticity is even remotely evident on Editors’ 2018 release Violence, their sixth and most painfully pastiche album to date.

There is little in this album that can be identified as being unique to Editors, such is the cookie cutter feel to all but a few of the nine songs on offer.  (side note: seriously? Only nine songs?)  The most painful comparisons are likely those that could be made with Muse, especially second and third tracks “Hallelujah (So Low)” and “Violence”; not only does the guitar riff in “Hallelujah” sound like it was lifted straight from Matt Bellamy’s guitar, but the overtly sincere vocal delivery screams of Bellamy and how seriously he takes the whole process of being a rock star, which only ends up sounding ridiculous.  Even more bothersome is the painful theme of repetition, both in phrasing and instrumentation; guitar riffs, piano and synth lines, and lyrics are used to bludgeon the listener into submission instead of ease them into immersion.  The album improves very little as it progresses, with “Counting Spooks” being a perfect example of all that is wrong with this album, from the ABBA-esque synth line that rolls in at the 3 minute mark, to the Kate Bush-borrowed guitar riff.  Of course it is a repeated phrase though, which is ironically “holding it together”, that serves as the final straw that causes the whole tower to collapse.

Editors did not always sound this way.  Lead singer Tom Smith has long sounded a little over-the-top in his vocal delivery, but this is also a band that made its success on the back of being a dark-indie, guitar-driven band capable of writing both huge anthems and songs of subtle quality. And yet here we are drowning in synthesizers and looped instrumentation, none of which adds the weight or scale needed to balance Smith’s style of vocals. Being a British band is just about the most challenging job in music, such is the insanity of the British music press, and as such, there have been more than a few bands to follow the path that Editors have taken, succumbing to both the hype of the press and to the flavour-of-the-month take on instrumentation.  The fact that Editors are not alone makes it no less frustrating to witness…nor to listen to.

A long way from essential listening, Editors can at least be happy that they have built a devoted fan base on the other side of the pond who will likely struggle less than me to stomach, let alone enjoy Violence.

Br. lives in southern Ontario, grew up on The Beatles and The Journeymen, spent his adolescence immersed in grunge, and his adulthood in British alternative. His greatest joy is seeing his son dance and grow into his own appreciation of the indescribable joy of music...
RELATED ARTICLES
album reviewseditorspias
7.0