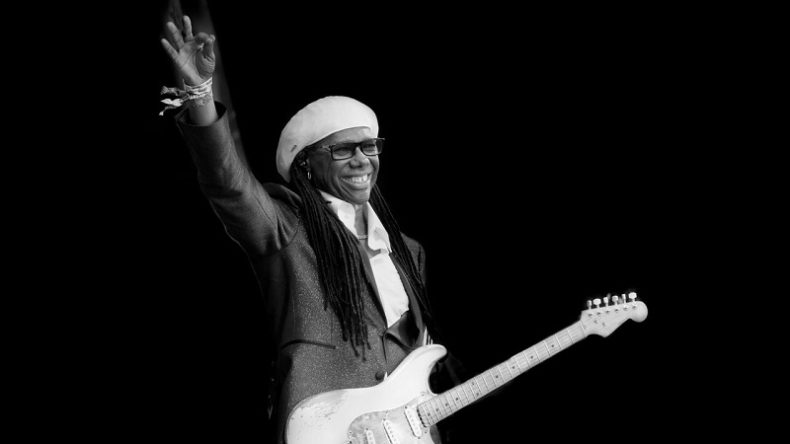 Front and Center, Public Television’s critically acclaimed concert series, will air the finale of its star studded eighth season on March 9th. The episode features highlights from Nile Rodgers’ induction into the Songwriters Hall of Fame, performances of “We Are Family” and “Le Freak,” as well as insightful storytelling about his songwriting process and an intimate performance from the McKittrick Hotel in New York City.

“Nile is respected and admired by his fans and peers alike not only for his multi-/cross-genre music, but also for his curiosity and eagerness to discover the next new wave of music,” said SHOF President and CEO Linda Moran. “It is most fitting that Nile kick off our new partnership with Front and Center as there is no one better than Nile Rodgers to get the message across loud and clear, with unbridled passion and extreme eloquence, that it all begins with a song!”

Among music legends, Rock and Roll Hall of Fame inductee Nile Rodgers is truly exceptional. He amplifies his legacy as a multiple GRAMMY-winning composer, producer, arranger and guitarist by constantly traversing new musical terrain and successfully expanding the boundaries of popular music. As the co-founder of CHIC, Rodgers pioneered a musical language that generated chart-topping hits like “Le Freak,” sparked the advent of hip-hop with “Good Times”.  His work in the CHIC Organization and his productions for artists like David Bowie, Diana Ross and Madonna have sold over 300 million albums and 50 million singles worldwide while his innovative, trendsetting collaborations with Daft Punk, Avicii, Sigala, Disclosure and Sam Smith reflect the vanguard of contemporary music.

SPILL NEWS strives to keep our readers up to date with news and events in the music industry. We keep you informed of the most recent information regarding new releases, tour dates, and information items about your favourite artists.
RELATED ARTICLES
newsnile rodgers