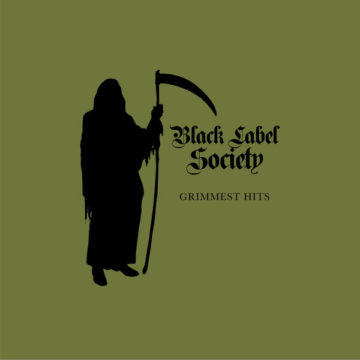 Black Label Society is kicking 2018 off with a bang with the release of Grimmest Hits, their first album since 2014’s critically acclaimed Catacombs of the Black Vatican. Since then, lead guitarist and vocalist Zakk Wylde released his second solo album Book of Souls II in 2016 and embarked on his first ever, and wildly entertaining tour, with Zakk Sabbath, his Black Sabbath tribute band. Grimmest Hits picks up right where Black Label Society left off in 2014 with a record that, while reminiscent of 70s and 80s rock, is distinctly modern with enough momentum to steer the course of modern rock.

Opening with the ominous “Trampled Down Below”, a blisteringly heavy number with enough guitar squeals and a fiery guitar solo, sets the tone for the rest of the album. By all means this is a hard-hitting record, in tone with the distorted blues found on the first eight Black Sabbath records. Songs like the sludgy “Seasons of Falter” and the chaotic and potentially strongest track, “Room of Nightmares” cement this through the use of punchy and memorable riffs, tight grooves, and a strong underlying use of the blues. While it feels redundant to point out the speed and clean manner in which Wylde plays the guitar, it is worth noting that he is one of the few truly virtuosic guitarists who can save the technical flourishes for when they are needed and sit on a heavy groove; as a result, this benefits the song writing and overall record, giving Grimmest Hits the sense that the songs were given priority over the jaw dropping solos.

While Black Label Society is best known for their hard rock, Grimmest Hits features a handful of ballads. These add a sense of variety to the album, and they even feel a touch experimental as they stray from what is expected. The Hendrix inspired “The Day that Heaven Had Gone Away”, which features one of Wylde’s most tasteful solos, is truly brilliant. However, some of the other slow songs such as “The Only Words” and “Nothing Left to Say” feel less energized and fall closer to the middle of the road. They’re still very well written songs, but they don’t feel as exciting to listen to as the heavier tracks or “The Day That Heaven Had Gone Away”. Despite this, over the course of its 12 tracks, Grimmest Hits is a thrilling rock record that delivers on almost all fronts.

In a world where many of the greatest pioneers of the hard rock and metal genre are absent, most notably Led Zeppelin, Black Sabbath, and Motörhead, Black Label Society steps in as one of the greatest torch bearers for the genre as it moves forward. Grimmest Hits stands as a testament to the relevance and, perhaps even greater, the need for a band like Black Label Society in today’s modern age. Despite having a small handful of slow songs that feel less exciting and engaging than the hard-hitting numbers, Grimmest Hits raises the benchmark for rock albums in 2018 and proves once again that Wylde is the quintessential rock and roll hero, or rather Viking, for toady’s day and age.

A passion for music has always been a part of Gerrod’s life. As a young boy, he was raised on a steady diet of the music from The Chili Peppers, Aerosmith, The Stones, Prince, and others from his mum. Raised in the GTA, Gerrod continued to foster his love for music by attending a wide range of concerts and learning the drums. His unapologetic passion for music has no bounds and has spread to a wide variety of styles, whether it be the 90’s rock that sound tracked his teenage years, the jazz he studied in university, or his newfound love for hip-hop. He recently received his bachelors in music and education from York University and is passionate about writing and reviewing good (and less than good) music. Gerrod is also the drummer and songwriter for a Toronto based rock & roll band, One In The Chamber.
RELATED ARTICLES
album reviewsall that once shinedblack label society
8.0